Greetings friends! The SouthFront team has a riddle for you:

At the moment, we are working on the new Foreign Policy Diary video about the situation in Europe. What do you think, how is this infographics related to it?

You can write answers in comments. 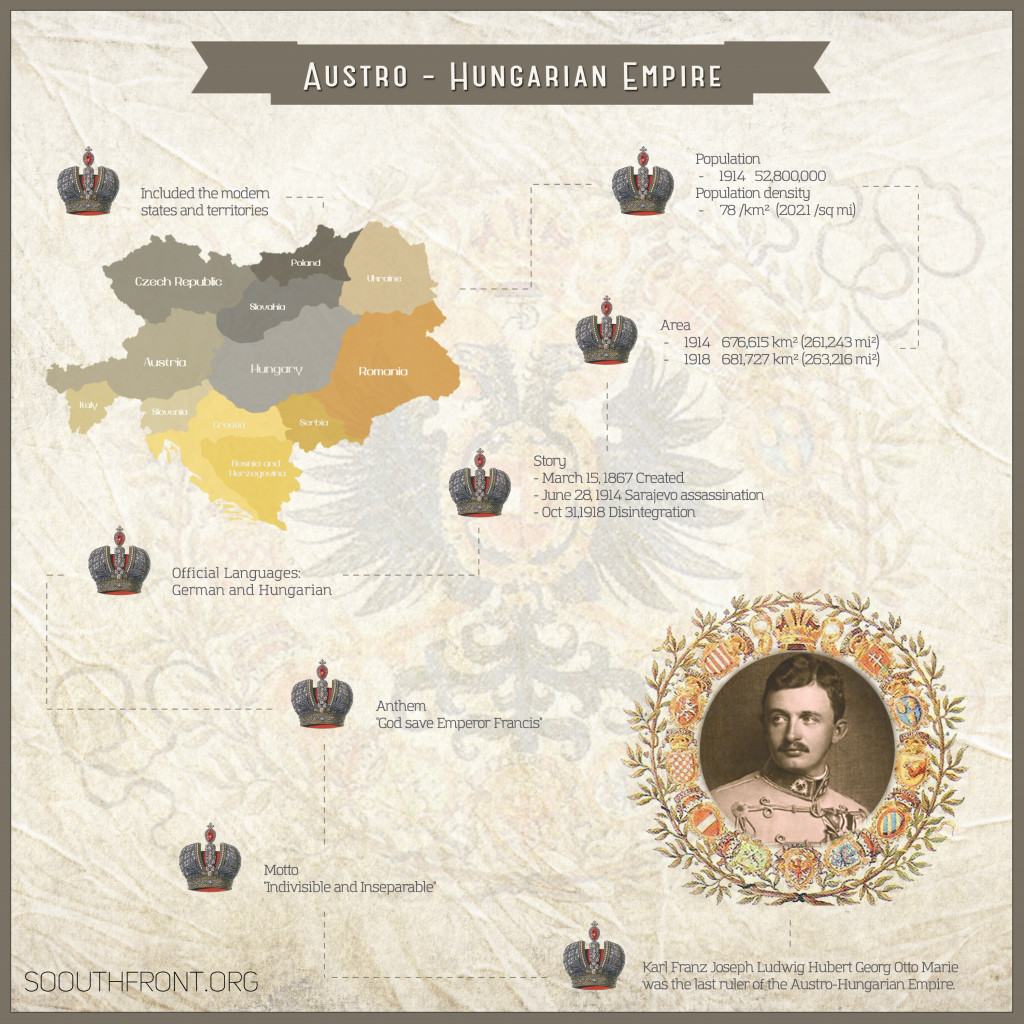 Hello, Since nobody tried yet, and although I think you know it better then me, I think that when a land and people are for several generations in a certain Empire or Sovereignty, that this has an effect on their culture. You can for example still see a different culture in Southern Netherlands, then above the rivers. This is an old difference, it goes back even to 2 thousand years. The Southern half was under Rome, while we in the north where free. The difference is so severe, that during our war with Spain after 1566, eventually the south and north separated, which was not only caused by the closer proximity of the south to Spain. This cultural effect has possibly also played a role in creating a different culture and identity in western Ukraine, which after all is much talked about already and what you undoubtedly know better, as compared to the other areas of Ukraine.

The difference in culture can easily lead to differences in how one group thinks the country should be governed, and if these differences become great enough, civil war and coup d’etat might result as at least it has in Ukraine. Since this is an undemocratic power basis, the choice becomes to either separate and remain democratic because of the sufficient majorities to sustain your own culture under your own law and Sovereignty, or to choose the route of dictatorship and the dream of Empire, by subjugating the people in the other areas through war and terror. Since those people most furthest away from your own lands, are most likely to have the most divergent culture, it is most likely that the war will be conducted against the furthest regeons, and that it is based on a certain cultural area.

This is simply the effect of the Imperial heartland versus the war against the provinces, which Rome has fought for a long time and might even be the logic of every war of conquest, domestically repressive or foreign territory expansion. The effect is coming true at least in Ukraine, where the furthest regions from Lvov are Crimea and Donbass. The solution such a logic then yields is also pretty obvious: to disunite a country that has too disparaging cultures, so that each part could be a democratic state under Law, in cooperation and trade with each other, as good neighbors. Another interesting thing is that the Austria-Hungarian Empire was correctly called “Empire,” whereas the Ukraine which has the same population amount, is usually called nothing more then a Nation. Depending on the definition of the word Nation, this is not necessarily incorrect, however in the end it is an Empire, much like Russia, USA, and especially the E.U. are also not Nations, but Empires, and so is China, India, and Brazil, by sheer size, population amount and complexity alone. Just my opinion, looking forward to your movie ! History is very important. Good luck.