The European nation is trying to curb the influx of refugees to its territory with the support of the EU. 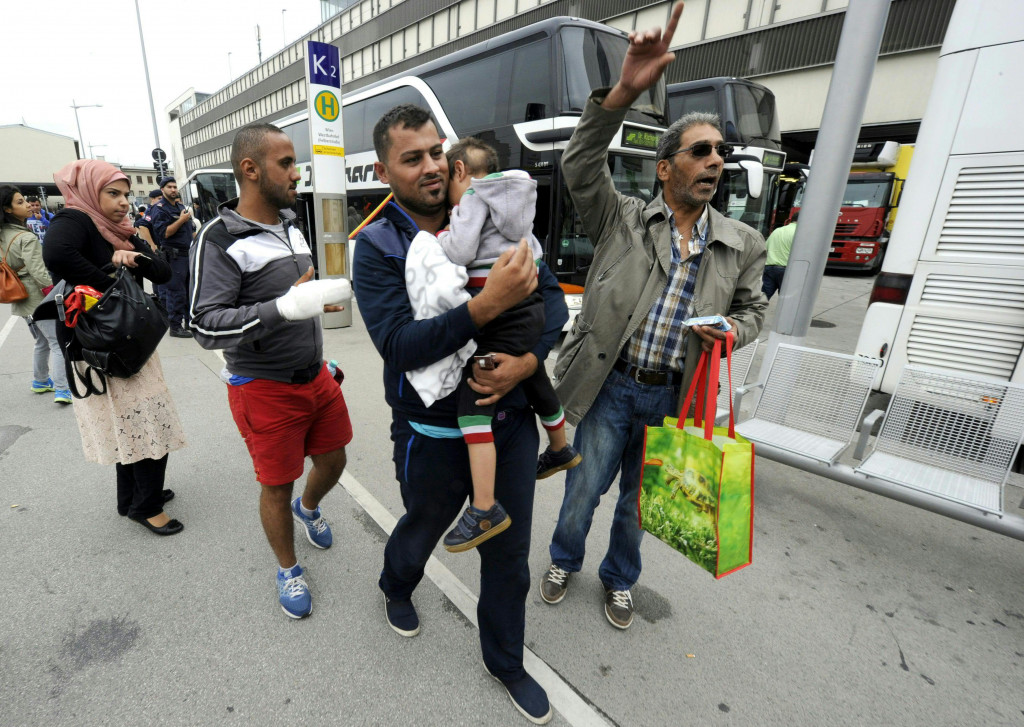 Refugees after getting off a bus arriving from the Hungarian border to Vienna, Austria, 05 September 2015. Austrian police say they expect 10,000 arrivals out of Hungary now that Hungary has allowed migrants held up there to travel further west after they had suffered days of ordeal in Hungary. Many of them, mostly Syrian refugees, are presumed to immediately continue their journey onwards to Germany after receving initial care in Austria. EPA/HERBERT PFARRHOFER

The Austrian chancellor, Werner Faymann stated that the European Union’s border agency Frontex should assume much stronger measures against the overwhelming influx of refugees by sending back all the asylum seekers trying to enter the EU through Greece back to Turkey.

Also, Faymann asked the EU for € 600 million to cover all the extra costs that the maintenance of refugees represent. Such declarations were made after the Austrian leader held a meeting with the Turkish Prime Minister Ahmet Davutoglu.

In response to Turkey’s possible cooperation, Austria would speed up the transfer of € 3 billion EU-promised financial aid, for helping in the provision of all the necessary for the 2.2 million Syrian migrants that are currently staying in Turkey.

Austria claims that Frontex should assume bigger responsibilities as a border agency by becoming a de-facto “border security program” instead of a “rescue program”.

If Turkey fails to back the proposal, Austria will have to step up border security even more on its own, Faymann added.

An additional measure to cope with the influx of refugees would be Vienna’s possible deployment of troops to the Balkans if Greece fails to suppress the flow.