Australian police operated one of the dark web’s largest child abuse sites for almost a year in secret, posing as its founder in an undercover operation.

Childs Play, the dark web forum that acted as an underground meeting place for thousands of active pedophiles, was taken over by Brisbane police’s Taskforce Argos in October 2016 in an undercover operation,

The police involvement was uncovered by journalists with the Norwegian newspaper, VG, who spent months tracing Childs Play’s origins and monitoring public posts. Due to a security flaw, they unwittingly discovered a sensitive police operation in January 2017.

Taskforce Argos squad had taken over Childs Play, assuming the identity of its founder following his arrest for the rape of a four year old girl in the US. Undercover detectives were posting and sharing abuse material on the forum to maintain their cover. Other users posted and saw images while the site was under police control.

Childs Play was one of the largest sites on the dark web. The site was created in April 2016, and had attracted more than a million users. About 100 “producers” were active on the site, filming and sharing abuse and rape of children. The police shut the forum down in September 2017.

The operation has now led to investigations by a dozen foreign countries into the site’s users. Head of Argos unit Jon Rouse said it had led to significant rescues of children globally and the arrest of serious criminal child sex offenders.

He said, “We don’t create these sites. We do not want them to exist. When we do find them, we infiltrate and get as high as possible in the networks administrative structure to destroy it.” The leader of the site, Canadian Benjamin Faulkner, is serving life behind bars for the sexual assault of the four-year-old in Virginia last year, which he committed alongside American Patrick Falte.

Taskforce Argos, in conjunction with European police and US Homeland Security, had been tracking the two men before the rape in Virginia. They got notified that Faulkner had crossed the border, and knew he was likely to meet Falte. The police arrested both of them at a home in Virginia. Following the arrest, they moved the website to an Australian server, and the Argos unit assumed the identity of Faulkner. They began posting on the site, having apologised for the unexplained absence.

The forum’s community would know the site was compromised, if a monthly post from Faulkner did not come. Each of the posts was to end with an image of child abuse. Posting abuse material would be impossible for undercover police, but Australian police can be permitted to engage in activities normally considered illegal in order to combat specific crimes.

“During a so-called “controlled operation” we get permission from a judge to act in ways that normally would have been considered illegal. We are given the right to commit certain criminal actions and we are exempted from prosecution because we are investigating specific crimes,” explains Investigator Paul Griffiths, who was in charge of the operation.

Nevertheless it put the Argos unit in an uncomfortable position. To prevent harm to children, the police must share images of child exploitation.

“Things can be read between the lines, but that doesn’t necessarily mean we’re encouraging anything. We may have talked about sexual abuse in a number of different forums and platforms, but we would never encourage abuse,” said Griffith. “Sharing any such image is an abuse of that child. However, it is something we can justify as being for the greater good and to prevent ongoing abuse of children.”

When asked about how did he think the children in the pictures would feel about the police sharing them, he said “I hope they understand that we are trying to catch as many offenders as possible.”

A number of countries is already involved in the investigation of the site’s members. Griffiths had a list of between 60 and 90 people from around the world who are his main targets.

Canadian police say they have identified and saved “a dozen” children and referred some 100 cases to other countries.

One million users ? On the basis of that I’m thinking that people whom simply go on there to find something ‘ incredible ‘ to jack off to in their own privacy are less likely to be prone to a police sweep than the morons whom are active in the actual creation and also distribution of the material. The notable thing is that one could almost just about get away with just being a passive viewer of their preferred perversions should they take measures to keep their computers clean, starting with deleting it from their browser histories, and who were totally hands off minors in their real lives..But you have in these reports investigations by journalists and authorities of the clowns personally involved in actually engaging in this rubbish and recording and distributing it.

The journalist did not put or download anything. They checked the I.P. addresses. The police put old materiels got from criminals.Nothing new. Of course, can debate abot this step, but withoit it would ne impossible to enter the site.

Here is i nice long article:

You need to monitor the people who control the BBC.

I have to thank, VG, the master manure blaster, for at least, once, print something that shows how derailed Norway have become, an nightmare, living breathing night mare, walk into an elderly care center and be scared, because you have all the rights to be scared shit-less.
People in maximum security prisons have more freedom that the poor people whom ends up there, the modern equivalent of slaughter house 5.

Again, this also shows another side, witch is never written about, the corruption of our police force, somehow, preoccupy with nonsense as watching Facebook, inc of some nasty words been uttered and someone is/was offended, of course, to chase their own people, because as an Norse you have no rights, what so ever, and while we are spoon feed “racism” in the MSM, about racial profiling, the truth is exactly that, an racial profiling, the reason for some groups to do whatever they want, incl religious extremism, thats not understanding, thats undermining the facts, yeah, they whine about Blacks been killed of 10000 Blacks killed, 8000 is be their own, yeah, how, humane isnt it, at least, not racist, huh, creeps.
In Oslo, any “Syrian refugee” can in practice sell as much dope they can, without been taken in, its that simple, most crimes committed by them never ends up reported, and like Sweden, so it never ends up in the statistics, or if it does, they hide the nationality and/or groups (Wahhabi/Saudi-Barbaria), and claims we are racists, because we demand something done to this “war refugees”, witch is an MSM driven scam.
Like the Syrian war, incl everything to Gassing, of course.

I hate it when they start this shit throwing smear campagnes in the MSM, and the equally perverted perception about the Refugees, witch is an bogus case, period and everybody knows it,and opposing is the same as been an nazi.
By the same MSM.

Debate what, when the MSM controls our politicians, nobody talks anymore, just flashes of PC-ism and fake propaganda so lame it hurts.

Yeah, progress my ass, Norway is been plundered and raped, and the propaganda thru out and all encompassing.

Yes, that is all as it may be, but the inference here is that the Australian police in Brisbane were carrying on, continuing, the illicit site, interacting, posting stuff, that is, that they were doing ” controlled operations “, meaning dealing in child porn, on the pretext of infiltrating the site, but they were carrying on indefinately and were only pulled up by Norwegian journalist investigations, and upon the Norwegians going, ” Say ! What’s going on here ? “, the Australian police then wiped the entire site into oblivion. The Australian police then go, ” We were doing illegal stuff in order to effect legal takedowns “, but there is a ” Really ? Is that so ? ” thing about that.

Yes, that is a valid concern. I must say I took this at face value first, but as you point out, what were they really up to. Were they set up?

Your national identity is targeted and your very livelihood. It will happen to all of us if we do nothing against it.
One would think that Norway, being a democracy and all, has to be away from these things.

I hope you and your countrymen and women manage to take back your nation. After all, it can’t be “Norway” if Norse are robbed of their identity, their society and have no right in it.

They should catch them and put inside with most brutal prisoners in cells to teach them children are off limits.
Russian prisons are real prisons, this western “housings” with TV etc… are nothing compared to them…

Those people must suffer, because they either destroyed many children lives and mark them forever, or they were going to!

WTF cant these Norwegians mind their own business ? Now they just ruined the police operation!

you can do also

that is the truly investigative journalism! i am waiting, when begin the check the stolen money of putin, medvedev, jeltsin, gorbachev …

Interesting – The police here (Australia) have a lot of abilities to go above the law so to speak, my Swedish girlfriend was stunned by the speeding ticket she got “I didnt even see the camera” yeah thats right it was probably an unmarked car or a rubbish bin with the side cut out hiding a radar/camera “But thats not fair, in Sweden everything is marked with signs warning of radars” well welcome to Australia love, where its a police state for everyone other than the pedophile elites where the is no such thing as entrapment. 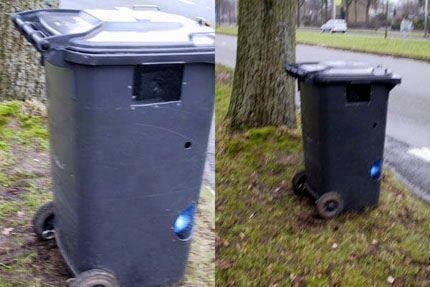 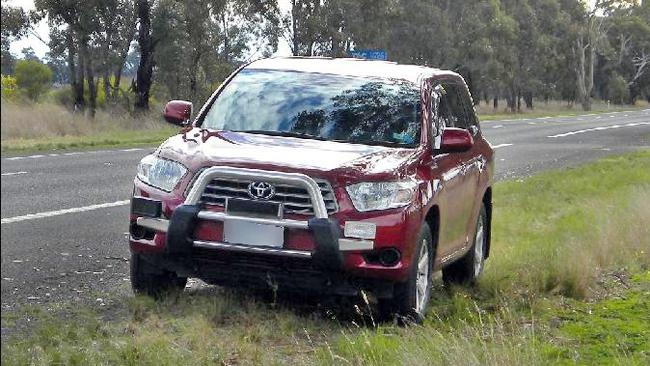 There have been many alegations of high level pedophilia here involving Judges, Politicians, Police and even the TV network Channel 10, a guy I knew back in the 90s trying to expose this (Vincent Devine & Vivian Legg) actually had his property seized when the OTO Ordo Templi Orientis took him to court under the religious vilification laws/act and won surprise surprise.

Franka Arena an Australian parlimentarian also brought forward allegations of high level pedophilia among the elites in Parlament under the protection of parlamentary privilage, the public was shocked when mysteriously the entire media, establishment, courts went ballistic going after her personally and her family instead of investigating the allegations, the issue slowly went away. 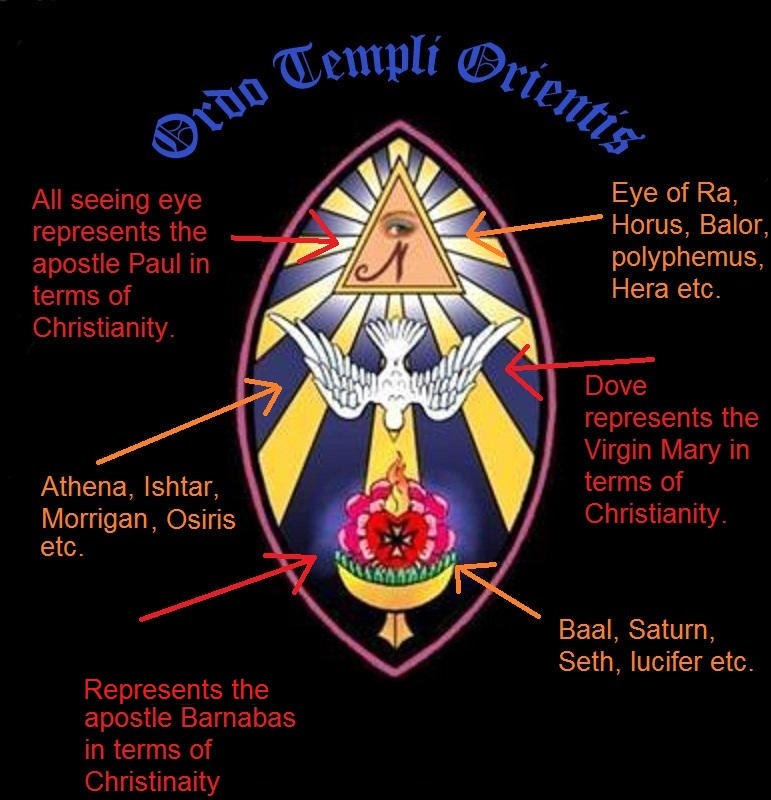 They are more cunning than our police.
Aside from all the cameras, our highway police sets speed Radar/camera and station, usually after a turn or slope in highway or wherever in a blind spot from the drivers’ PoV, in a marked car and flashing police lights in broad daylight, and the fined drivers still whine that they were “ambushed”.

thank god i only use Google in Australia

I see, the russians did not comments this article.