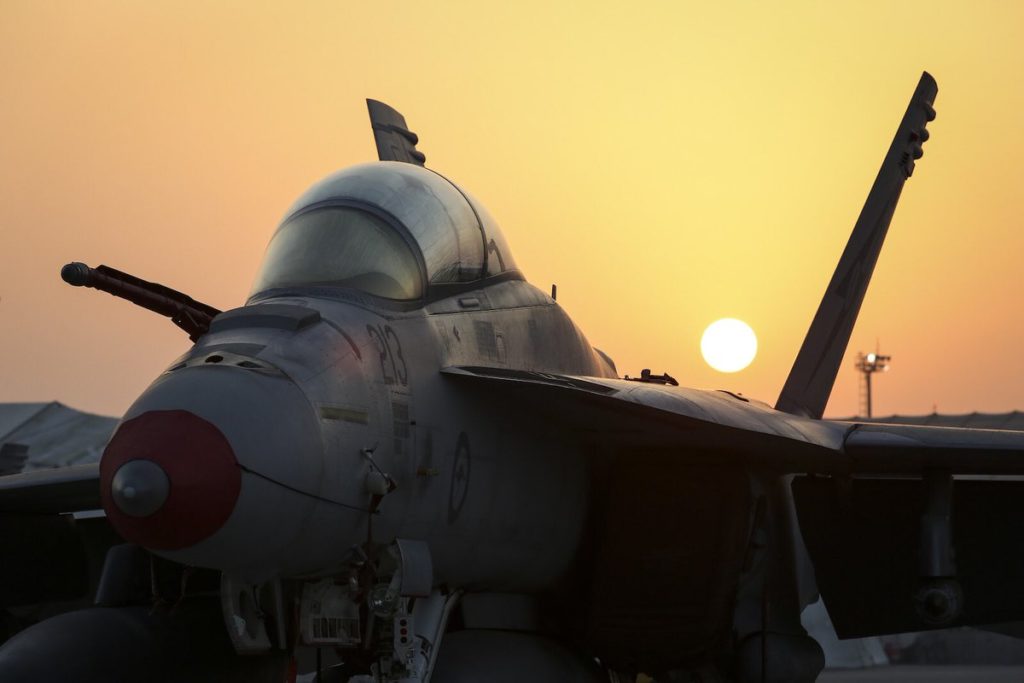 Australia’s Defense Minister, Marise Payne, announced on December 22 that Australia will withdraw its six F/A-18 Super Hornet fighter jets from the Middle East, and stop its airstrikes on ISIS in Syria and Iraq, according to Reuters. Payne said that the decision was taken after discussions with the US-led coalition and the Iraqi government.

“Following discussions with Iraq and with members of the international coalition, the Australian government has determined that we will bring home our six Super Hornet strike aircraft from the Middle East,” Payne told reporters at Royal Australian Air Forces base Glenbrook, according to Reuters.

“They will continue to support the Iraqi Security Forces and counter-terrorism service in their work to ensure that Daesh [ISIS]is precluded from taking any further hold … If they [ISIS] can find a way to continue to cause havoc, they will,” Payne said, according to the Russian TV network RT.

Other members of the US-led coalition will likely end their missions against ISIS in Syria and Iraq in the upcoming months. One the other hand, US officials stressed on many occasions that US troops will maintain its presence in Syria after defeating ISIS for political reasons.

If the US remains alone in Syria, it will face an additional pressure from the international community as its presence in the country will be lacking any legal bases or proper support from its own allies.

Hey – don’t leave now! Iran is just about to attack the world with their nuclear weapons any minute now. Doesn’t Australia have CNN so they can know these important things? North Korea is about to attack everyone including Australia, too. For God’s sake, you should have been prepared. Anderson Cooper warned you!

Pave Way, Don’t scare us like that ! You know most of us are not use to CNN news. :)

Google is paying 97$ per hour,with weekly payouts.You can also avail this. On tuesday I got a brand new Land Rover Range Rover from having earned $11752 this last four weeks..with-out any doubt it’s the most-comfortable job I have ever done .. It Sounds unbelievable but you wont forgive yourself if you don’t check it !gu185d: ➽➽ ➽➽;➽➽ http://GoogleNewWikiNetJobsOpportunity/simple/work… ★✫★★✫★✫★★✫★✫★★✫★✫★★✫★✫★★✫★✫★★✫★✫★★✫★✫★★✫★✫★★✫★✫★★✫★✫:::::!gu185lhh

whats australian soldiers good for in this neocon wars ? they are too small in number to do anything…

You forgot that they’re the deputy in APAC regions.. hehehe

This is too funny for words…. Great tongue in cheek approach here, Pave!

Nice one give them their Whitehouse wine glass back which is full of lies, terrorism,wars,greedy and blood flow.

hahaha.. I was about to say something like that too.. And you’ve put it better..!

I’m pretty sure there is a new UN resolution against the US in Syria already in the making now that they have insulted the whole assembly.

Dutch airforce restarting its operations with 6 F16’s operating from a Jordanian airbase.

Just goes to show you , there is one born every minute .

You overestimate the numbers of our airforce. If you could be right though.

Like Canada did a year ago, the Australians have woken up to the reality that its six jet fighters amount to nothing in that theater of war . ISIS is done , show the Yanks how to go home .

it is the price aussie pay for getting expensive US weapons , not for australian defense but to be allowed to play with big boys in real shooting war. ADF have no capability to sustain a war by itself.

The Aussies and the Canuckleheads were both fooled and played as idiots in this fraud “war on terror”… The facts are that the Aussies as well as the Canadians played a part in attacking Syrian civilians, making both nations subject to being charged with war crimes…

But finally the Aussies are getting “out of Dodge” and going home… Good riddance, and good for the Syrian nation…

Australia and Canada are client/proxy states of the U.S., while the U.S. itself is the proxy state of Israel. It’s crystal clear to the whole world and should be an embarrassment to real Australians, Canadians, and Amerians.

Terrorist supporters are running away to avid payments of rebuilding after terrorist mission failed in Syria.

There is little recognition by Australian military/strategic analysts, intelligence services or politicians that Australia is close to becoming involved in a far more profound conflict and it is not only against the DPRK (that the U.S. and a coalition of allies including Australia are preparing for).

In short, the likely approaching war against the DPRK will involve Australian forces. This war will likely necessitate the intervention of China (refer information below). Any war also against China will in some form involve the Russian Federation (recognising defence agreements and necessary strategic responses).

U.S. strategic policy documents indicate an intention to establish a (long-term/permanent) military presence (facilitated by U.S. operational plans which include ‘stabilisation operations’ and ‘counter-insurgency operations’) in the DPRK subsequent to any regime change through military mechanisms (to be employed if current mechanisms to achieve their objectives prove ineffective). This would necessity an intervention by China to prevent the stationing of U.S.-allied military/missile architecture (comprising offensive and defensive components) in close proximity to its borders (as is occurring around the Russian Federation). (Note: U.S. and Japanese partition efforts in collaboration with Taiwan are also currently progressing towards a situation of war.)

As operational plans for a concurrent military conflict against China have been developed (of which the Australian military is integrated) and with recognition that any war against China will involve in some form the Russian Federation [under current defence agreements], the foundations of a more profound level of conflict should be evident.

If active conflicts progress to more advanced stages (from a proxy warfare format to a direct kinetic stage, despite efforts to prevent this outcome), the belief of the Australians that they are somehow protected from the consequences of their participation in allied aggression against successive strategic opponents by alliance architecture and geographic isolation will likely be proven erroneous.

Unfortunately most who embrace war do not understand the actual horror of war until they experience it. It is likely the Australians will in time understand.

Nations that choose to go to war against China and Russia combined deserve what they get. Death Destruction and Chaos. At home this time. And you won’t see me weeping for them!

Although the F/A-18 aircraft are leaving the Middle East, the Royal Australian Air Force will still continue to provide (as it has since late 2014) :

Australians like money, and US $’S and NATO Euros are freely flowing to the Queens butt kissers land. Boundary for world’s largest military practice and proving grounds now set in Aussie outback. NATO Brit / Aussie, US financed, with pay to play mini straps allowed, it will bring billions into country so that Sissies can Bond as mates, they will have make work jobs and they really need them for university grads. So why not go kill some drowned or as in Malaysia and Indonesia yellowish skins for US and British monarch, . Go kill the ones they put on reservations that try to immigrate there, refugees from lands they help blow to he’ll and their Spec Ops join Americans in assassinating. DAMN but we live in a world whereby the predominately Euro Centric Controllers think those pigmented skin peoples life is unworthy of consideration