The third and final Air Warfare Destroyer (AWD) HMAS Sydney DDGH 42 was launched during a ceremony at Osborne Naval Shipyard in Adelaide on May 19, the Royal Australian Navy reported.

“Today’s launch of the third and final Air Warfare Destroyer (AWD), Sydney, is a further demonstration of the sovereign shipbuilding industry and combat systems integration capability that has been built by the AWD program over the past decade,” the statement of the AWD Alliance reads.

The keel of HMAS Sydney DDGH 42 was laid down on 19 November, 2015 in Osborne Naval Shipyard in Adelaide.

Its  marine hull was framed of 31 blocks. The work was carrying out at three Australian dockyards in Adelaide, Melbourne and Newcastle. Three additional blocks were built in Spain and the UK.

In October 2007, the Australian government signed a contract with the AWD Alliance. HMAS Sydney DDGH 42 is the last one of three Hobart class AWDs built for the Royal Australian Navy (RAN).

HMAS Hobart DDGH 39 is the lead ship of the class. It was handed over to the Navy in June 2017. The second Hobart-class AWD is HMAS Brisbane DDGH 41 that was floated out on December 15, 2016, but is still under construction on water.

Hobart-class AWDs use a combination technology to provide defense from air, surface and submarine threats.

“They are the first Australian ships equipped with the US Aegis weapon system, which significantly enhances Navy warfighting capability and allows them to work more closely with our allies than ever before”, the report of the Royal Australian Navy reads.

I’m in Australia. We’ve had eduction and health care cut because of ‘budetry constraints.’ But they found money to spend on weapons. Funny that.

Yeah but what if New Zealand attacks us?

That is a very real possibility isn’t it. I mean; look at Iraq being a global threat to peace… and Iran threatening to destroy the entire planet. And lets not forge North Korea, with the GDP of Tasmania (small Australian state people go to retire to).

So, anything is possible. In fact, if it weren’t for those three war ships New Zealand could have invaded last weekend. Damn, there’s a Kiwi living next door…. What if he is a secret service agent intent on killing me. Bloody hell. I knew it… we need more weapons…

Lucky we’re great friends with good ol U.S. of FU****G A. I’m sure they will sell us billions of dollars of hight tech weapons to save us form marauding Kiwi’s…. Damn.. What is the world coming to. Now no one is safe. Shit…..

But, the Australian public shouldn’t be allowed to think that. Isn’t it what about… what did the Yanks call it…. PREEMPTIVE DEFENCE..?

Yes, that was it PREEMPTIVE DEFENCE because according to the U.$. EVERYONE COULD attack the U.$. at some time in the FUTURE.

I’m sure they’ll come in handy protecting us from refugees though, we may not be able to help our own needy people but at least we won’t have to help needy people from countries we have been helping to destroy.

Mmm AEGIS, the system the Russians already know how to switch off, should have went with our own stuff.

Yep… but, doubtless the U.$. had a hand in ‘insisting on comparability’ with 5Eyes…. and the hefty price tag we would have paid to the U.$. to be allowed to use it as well..

Yes its a shame we are not allowed to develop our own stuff https://www.naval-technology.com/news/newscea-wins-contract-to-develop-ceafar2-l-radar-for-australian-navys-anzac-class-frigates-5940538/ 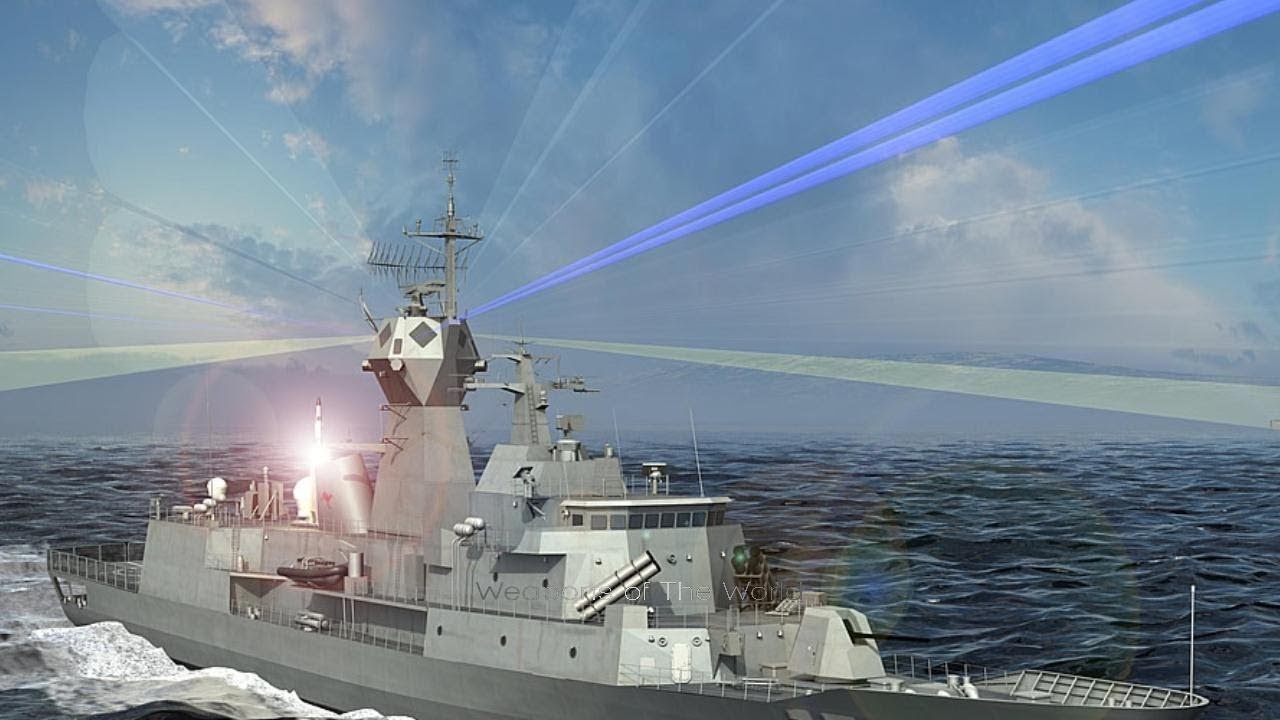 Australia is a part of Anglosphere, the 5 Eyes, blood and historical ties that go beyond what is commonly thought by the rest of the world – what is known and what is not known is an interesting speculation, what is known is that most of Anglosphere aside from the US is essentially defenseless, a group that built thermonuclear weapons 70 years ago and won WWII but is defenseless now, maybe but maybe not, if the later was the case it wouldn’t be known by anyone until it was to late for whomever the latest contender for world domination was. You only found out about stealth bombers when they were dropping bombs on someone, I suspect things have advanced by huge degrees since thermo nukes were invented several generations ago by our ancestors, anyone thinking things have stagnated since would indeed be knowledgeable about what is let to be known by the Anglo elites, but someone who thought a bit more may have to calculate what is not known.

It is worth noting Australia also seeks be become a fast acquisition nuclear capable power (a ‘non-nuclear’ state with concealed nuclear potential through similar concealment of U.S. ABM/BMD offensive [and nuclear] component capabilities).

– “[Australian Strategic Policy Institute] analyst Malcolm Davis, in an article “Going nuclear?” on January 9, added a note of urgency: “Australia would not consider such a step [acquisition of nuclear weapon capabilities] lightly, but don’t expect much time for deep consideration if our policy makers are forced to confront this option.”. Lowy Institute analyst Peter Layton [proposed] that Australia consider “sharing nuclear weapons” rather than developing an independent arsenal.” (Renewed push for Australia to build nuclear weapons, By Peter Symonds, WSWS, 30 January 2018)

Australian integration into U.S. missile systems is an aspect of potentially attaining such capabilities (in addition to hosting components of U.S. military architecture). For example:

– BGM-109A Tomahawk Land Attack Missile – Nuclear (TLAM-N) with a W80 thermonuclear weapon. Retired from service sometime between 2010 and 2013. Reports from early 2018 state that the U.S. Navy is considering (re)introducing (a yet unknown type of) nuclear-tipped cruise missile into service.

– “Semantics may deceive the civilian layman, but the Russians have always known the “shield” is a sword….. Mk-14 canisters containing Tomahawk cruise missile have the same dimensions as the Mk-21din that launches the anti-ballistic missle SM-3 block 1b. The Tomahawk missile is armed with the miniaturized nuclear warhead W80 50 kt. American technology enables also replacing the Mk 142 kinetic cargo of rocket missile SM-3 Block 1b with the miniature nuclear warhead W80, from the cruise mini-rocket AGM-86 ALCM (which has the same mass as the SM-3 Block 1b). ” (US Anti-Missile Shield or Sword?, Valentin Vasilescu (Katehon), 23/06/2016)

– “The present anti-missile systems in Eastern Europe are based on the universal platform MK-41 and its technical specifications allow launching “Tomahawk” missiles with a range of 2500 km…..” (On the Verge of a Major War: Is There a Pilot in the Cockpit?, Southfront, 17/10/2016), etc……

The development of Australian missile [including potential fast acquisition nuclear] capabilities is an aspect of broader allied war preparations (with expanding foreign military operations [force projection capabilities] being incompatible of a defensive posture) with procurements being selected according to warfare scenarios particularly against China, the Russian Federation and potentially Indonesia.

It is also reasonable to expect the policies of nations identified as adversaries of the U.S.-NATO-allied bloc would respond accordingly.

References:
1. “The report [‘Australia-Japan-US Maritime Cooperation’ by the Centre for Strategic and International Studies] contains specific recommendations to enhance “inter-operability” on intelligence and surveillance, submarine and anti-submarine warfare, amphibious forces and logistics….. The report’s author, Andrew Shearer, is a senior figure in the Australian foreign policy and military establishment…. Shearer is also very well connected in Washington…… Shearer makes clear [the] main “hard security” objective is to prepare for war with China. The Pentagon’s preoccupation with “freedom of navigation” and China’s A2/AD [s[Anti-Access, Area Denial] systems flows directly from its military strategy for war with China—Air Sea Battle. This is premised on being able to launch massive missile and air attacks on the Chinese mainland from warships and submarines in nearby waters, as well as from military bases in Japan and South Korea. Australia and Japan are central to Air Sea Battle and associated strategies, which include a naval blockade of China to strangle its economy……

…….. “In the event of a conflict with China, the United States and its allies could adopt a range of strategies to counter its A2/AD capabilities,” the report explains. All are based on Air Sea Battle, which “relies on networked, integrated forces to take the offensive across air, maritime, land, space and cyberspace to disrupt, destroy and defeat an adversary’s A2/AD capabilities, allowing friendly forces maximum flexibility to defeat opposing forces.” (CSIS report argues for strong US-Japan-Australia alliance against China, By Peter Symonds, 9 April 2016)

2. “defense analysts from both countries expect an increased presence in Australia for the U.S. Air Force, Navy and Marines in the form of bombers, nuclear submarines, missiles and troops…. it’s likely the Air Force will begin using runways in the northern part of the country, possibly for the B-52 strategic bomber and B-2 stealth bomber… [missile architecture] cooperation is more likely to speed up….” (Deal likely to bring more US military assets to Australia’, Stripes, June 20, 2014)

4. “there are indications that NATO will be much more active in Australia’s region than in the past. The Alliance will approve a new strategic concept later this year to guide NATO’s objectives, strategy, and force planning, which will clarify the role NATO may play in the Asia Pacific. The new concept will acknowledge that NATO remains, at its core, a transatlantic alliance.” [Dr Stephan Frühling and Dr Benjamin Schreer are Lecturer and Senior Lecturer in the Strategic and Defence Studies Centre, Australian National University] (Australia and NATO: A deeper relationship?, LowyInterpreter, 11 October 2010)