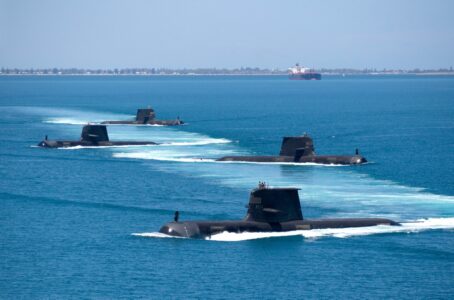 When faced with the option of acquiring nuclear technology, states have rarely refused.  Since the splitting of the atom and the deployment of atomic weapons in war, the acquisition of a nuclear capacity has been a dream.  Those who did acquire it, in turn, tried to restrict others from joining what has become, over the years, an exclusive club guarded by self-justified psychosis.

This insane hypocrisy underlines such arrangements as the Treaty on the Non-Proliferation of Nuclear Weapons.  Central to the document is the discouragement of non-nuclear weapons states from weaponizing nuclear technology as long as members of the nuclear club pursue “good-faith” disarmament negotiations. While it is true to say that the NPT probably prevented a speedier, less infectious spread of the nuclear virus, it remains a constipated regime of imperfections that has merely delayed proliferation.

Most tellingly of all, most non-nuclear weapon states have complied with their undertakings.  Nuclear weapons states have not, disregarding serious multilateral nuclear disarmament.  Nor do they have an incentive to alter current arrangements, given that any changes to the NPT can only take place with the unanimous support of the three treaty depositories: Russia, the United Kingdom and the United States.

The NPT supporters pour scorn at alternative approaches to nuclear weapons, such as the Treaty on the Prohibition of Nuclear Weapons (TPNW), which had its first meeting of state parties in Vienna from June 21 to 23.  While the Albanese government did send Susan Templeman MP to the meeting as an observer, Canberra has remained consistently opposed to the TPNW as a threat to the accepted disarmament and NPT framework.  Dated and spurious concepts such as extended nuclear deterrence and the interoperability of Australian and US military systems tend to be common justifications.

The AUKUS security partnership that was announced in September 2021 by Australia, the United States and the United Kingdom, has muddied the pool of non-proliferation.  A central component of the agreement is a promise to share nuclear propulsion technology with Australia, enabling it to acquire eight nuclear submarines to be supposedly built in Adelaide, South Australia.  While much of this is wishful thinking (Australia has no expertise in the field, and will have to rely wholeheartedly on expertise from the other two), the glaring problem in the arrangement is what it does to non-proliferation arrangements.

While the previous Australian Prime Minister Scott Morrison was ignorantly confident that the agreement would comply with Australia’s own non-proliferation commitments, such confidence is misplaced.  For one thing, Article III of the NPT exempts naval reactors from nuclear safeguards, which threatens a pillar of the regime, namely, limiting the production and use of highly enriched uranium (HEU) which can be used, in turn, to make nuclear weapons.

Non-proliferation experts have not been enthusiastic with these promised new beasts for the Royal Australian Navy.  Daryl G. Kimball, director of the Arms Control Association, notes the salient difference between deepening defence cooperation on the one hand with allies and proliferating “sensitive HEU nuclear propulsion tech in contravention of US and global nonpro principles.”

Hans Kristensen, director of the Nuclear Information Project at the Federation of American Scientists, greeted AUKUS with much gloom when it was announced.  Its provisions on nuclear technology would “further intensify the arms race in the region and the dynamics that fuel military competition.”

The International Atomic Energy Agency’s Director General Rafael Mariano Grossi is visiting Australia to discuss the issue of safeguards regarding nuclear material used for naval propulsion.  This is nothing short of problematic, given that IAEA inspectors are unable to inspect such material for extended periods of time when the vessel is at sea.

Grossi, in mild understatement, calls this “quite complex”, though is keen to accommodate Australian commitments to non-proliferation alongside the acquisition of nuclear technology.  “There is a period of 18 months which was given by the three partners – the United States, United Kingdom and Australia – to define how the project is going to be implemented but, already we have started this interaction, this joint work of technical levels so that we can reconcile both things.”

In a statement made prior to Grossi’s visit, Foreign Minister Penny Wong reiterated Australia’s “longstanding” support of the “IAEA’s mission to harness the peaceful use of nuclear technology in areas like medicine, industrial processes and environmental monitoring, as well as upholding the international nuclear non-proliferation regime.”

This world as described by Senator Wong is distinctly pre-AUKUS.  Despite promises of “open and transparent engagement with the IAEA on nuclear safeguards”, the whinnying horse of proliferation has bolted from the stable.  Assurances to avoid the future development of an Australian nuclear weapons capability or a national nuclear fuel cycle also ring hollow.

The precedent of permitting Australia to be the only non-nuclear weapons state with HEU-propelled technology is also seismic on another level.  There will be nothing stopping China and Russia doing what the United States and the UK promise to do: proliferate naval reactor technology and long-range missiles with a nuclear capability.

W hat do you expect ??? – Australia is more of a Lap Puppy to its Master USA than the UK — both lap puppies bark at Russia — woof ! woof ! that’s good doggies – that will scare Russia & China . NATO in the China Sea ? aren’t they in the wrong sea ? Remember Russia is still well ahead of the USA in design of nuke subs – remember the one that appeared off California “mighty mouse America ” didn’t know squat about it till it surfaced.

Oz has good subs,not the nuke ones but they do work very sneaky,don’t need more submarines, whats needed is wise diplomacy and guarrantees won’t renigg contracts though france was a scam too! To try to speculate a nation of generally unarmed civilisations of 25 million up against a nation of 1.6 billion can be afforded to sustain,is downright ridiculous not just an utter joke,sack the dumb asio poofs!

Are you Australian ? I know several Australians still get an email from one -hates the Oz police says they obey Israel they cause him a lot of trouble for speaking out.

Australia is a British colony, so it could not sink any lower considering that Britain itself is a global joke and a basketcase. These Anglo idiots are spending billions on weapons and wars while their hapless people can not even feed themselves or afford even a shack. The Anglo-Zionist failed states are working against their own people and impoverishing them.

anglo stab in the back—-never trust a fake anglo

I know a lot a weapons regulation treaties thorough world and history, but what i’ve never heard of is one of them beeing strictly enforced nor respected by anyone.

Pine is a little poof,dutton is a low iq cia cokhead,combine the both all you got were ponzi scams=FAIL!

Time for selling some nuclear submarines to north Corea and iran…

All AUKUS is about money. ‘Economy’ doesn’t care about product. ‘Economy’ cares only that money are changing hands. No difference for bottom line if you trade in guns or bread.

Fleet of submarines or F35 are basically useless for Australia. Only what counts is that billions are pumped trough economy and whole China is just a marketing tool for government so the taxpayer is happy to spend the money on military’s budget

Is acquiring nuclear propulsion a breach of nuclear proliferation treaties? I thought that treaty dealt with nuclear weapons only.