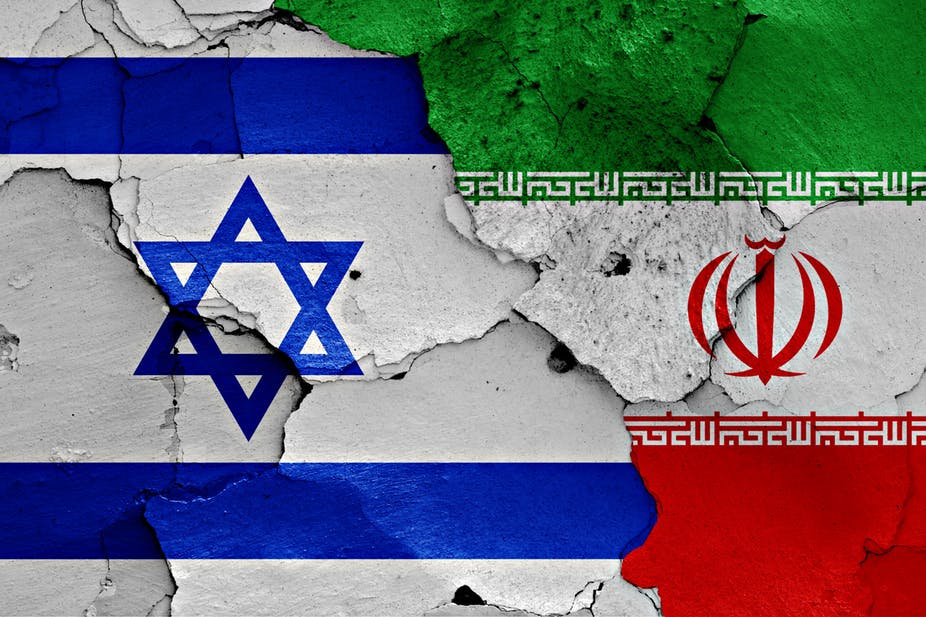 The recent attack on an Israeli-operated fuel tanker in the Arabian Sea was a response to the July 21 Israeli strikes on Syria, the Iranian al-Alam TV reported on July 30.

Several drones attacked the Liberian-flagged fuel tanker MERCER STREET just northeast of the Omani island of Masirah early on July 30. Two crewmen, a British and a Romanian, were killed in the attack.

MERCER STREET is operated by the London-based Zodiac Maritime, which is owned by Israeli billionaire and shipping tycoon Eyal Ofer.

Citing informed sources, the al-Alam TV said that the attack on MERCER STREET was carried out by “resistance forces,” a term usually used to refer to Iran’s allies in the Middle East, in response to the July 22 Israeli strikes on al-Daba Air Base in the central Syrian governorate of Homs.

The strikes inflicted heavy damage on the air base, which is known to be Hezbollah’s main logistic center in Syria. Several fuel depots were reportedly destroyed.

Al-Alam revealed for the first time that the Israeli strikes on al-Daba Air Base had claimed the lives of two “resistance fighters”.

“The mask is off, and it is impossible to pretend not to know the nature of the Iranian regime. Iran is not only a problem of Israel, it is a global problem,” an unnamed Israeli official was quoted as saying. “Our campaign against Iran will continue.”

The attack on MERCER STREET may be linked to an attack attempt that targeted a Saudi merchant ship in the southern part of the Red Sea on the very same day. The Houthis (Ansar Allah), Iran’s main allies in Yemen, were allegedly behind the attack attempt.

Any response by Israel will further provoke Iran and its allies. The covert war between Tehran and Tel Aviv, which has been ongoing for years now, may turn public soon.

The only “people” who wear masks and hide behind masks are Zion and Wahhabi terrorists. Also, SF do a better job of reporting please, that is such a one-sided report, The Axis of Resistance also made a comment so why did you people just put up Zion lies? Here; “The Axis of Resistance won’t permit Israelis to commit any crimes without retaliation, whether from Yemen, Lebanon, Syria, Palestine, Iran or elsewhere. They (Israeli officials) have to understand that resistance forces can reach them anywhere,” Beirut-based Mohsen Saleh said in an exclusive interview with Press TV on Saturday.” “They have to re-calculate their existence or hostilities against resistance groups and factions, whether in Lebanon, Syria or Iraq. All these groups are really willing to counterattack or retaliate against Israel’s acts of aggression,” he pointed out.”

That is right. Only one who hides behind various masks are Ziowahhabis. Period.

‘Iran is not only a problem of Israel, it is a global problem,” an unnamed Israeli official was quoted as saying. ‘

Standard Israeli canard – trying to conflate their own, self made, regional conflict with Iran into a problem for other states, who have no primary relationship to issue. It is not a global conflict – it is a regional power conflict. If Israel wants to be a regional aggressor they need to do their own heavy lifting.

Is I.R.Iran problem to N.K. or to Vietnam, to Venezuela, to Cuba, to P.R.China, to Russia, to Chile, to Zimbabwe, to Sar, to…you name it.

The days of spineless MI6 plant Rouhani are long gone and even the CIA front rag Al Monitor has acknowledged that the Zionist cowards are crapping in their diapers as Raisi has taken the decision to repay them in spades. The quiet dignified military and political tactician of Hezbollah Sheikh Naim Qassem, not prone to make rash statements, has stated that the Axis of Resistance will match the Zionist cowards building for building, brick for brick. BTW, the two Zionists killed on the ship were Mossad agents on the usual UK and Romanian passports and the attack was based on precise intelligence off the Dhofari coast by local Omani Resistance. Zionists will regret the day they fuked with Iran.

„The mask“ has long been off of the Israeli regime. They are the problem.

You’re such an idiot. Son, you should talk to specialists for extremely stupid kids.

Oooooh, I feel so relived.

Going by your name you are one of those people huh. You just want to blame everything one other or “thing”. Also, no.

What israel sows it will reap.