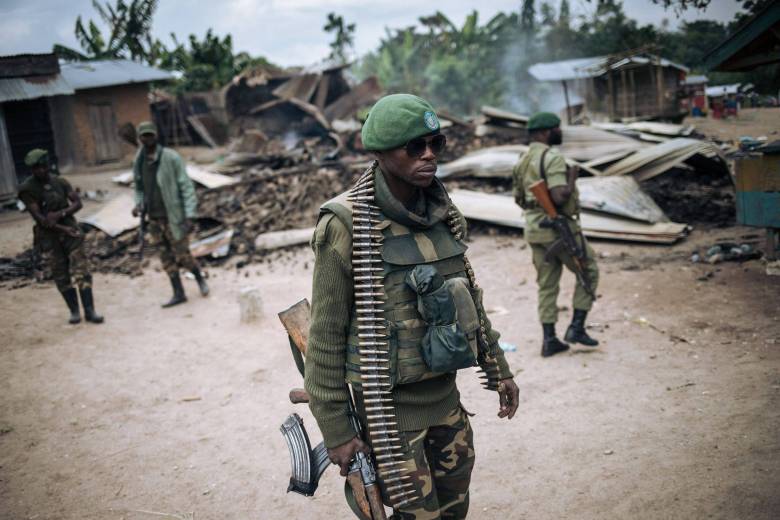 On May 31st, two attacks left at least 55 dead in villages in Eastern Congo.

The army and a local civil rights group blamed the Allied Democratic Forces (ADF), an Islamist armed group, for raiding the village of Tchabi and a camp for displaced people near Boga, another village. Both are close to the border of Uganda.

Houses were burned and civilians abducted, the U.N. office for humanitarian affairs said in a statement.

Albert Basegu, the head of a civil rights group in Boga, told Reuters that he had been alerted to the attack by the sound of cries at a neighbor’s house.

“When I got there I found that the attackers had already killed an Anglican pastor and his daughter was also seriously wounded,” Basegu said.

The death toll from last night's attacks has risen to at least 50 civilians killed (still provisional): 28 in #Boga and 22 in #Tchabi. This is the highest death toll ever recorded by KST in a single day #DRC #Irumu #Ituri https://t.co/ugKqflVTiw

The Kivu Security Tracker (KST), which has mapped unrest in restive eastern Congo since June 2017, said on Twitter the wife of a local chief was among the dead.

As it can be seen above, it is the bloodiest day since 2017.

The ADF is believed to have killed more than 850 people in 2020, according to the United Nations, in a spate of reprisal attacks on civilians after the army began operations against it the year before.

President Felix Tshisekedi declared a state of siege in Congo’s North Kivu and Ituri provinces on May 1 in an attempt to curb increasing attacks by militant groups.

“Taking into account the gravity of the situation… the president informed the cabinet of his decision to proclaim a state of siege in the provinces of North Kivu and Ituri,” said Patrick Muyaya.

He said details of what the measure would entail would be released publicly in the next few hours.

Under DRC’s constitution, the president can declare either a state of emergency or a state of siege “if severe circumstances immediately threaten the independence or integrity of the national territory, or if they interrupt the regular functioning of institutions”.

An estimated 122 armed groups of varying sizes operate in mineral-rich eastern DRC, many a legacy of regional wars in the 1990s.

Uganda announced earlier this month that it had agreed to share intelligence and coordinate operations against the rebels but that it would not be deploying troops in Congo.

The ADF militia are Ugandan Islamist fighters who have made their base in eastern DRC since 1995.

Branded a jihadist organization by Tshisekedi and the United States, the ADF has killed more than 1,200 civilians in the Beni area alone since 2017, according to a monitor called the Kivu Security Tracker (KST).

The army has conducted operations against them in the region since October 2019, but has not been able to put a stop to the massacres of civilians.

Here we say, that even a monkey is nice dressed its still a monkey.

In Syria they have a parlament.

jens in a dress is just normal for jens so take no notice. Not sure if he is trying to be Radar or he is screwed in the head. Oh buggar , Radar knew what he was doing and there is no chance jens has a clue so second option is the only one..

They have nothing in common with Islam.

they have nothing in common with democracy either

I think the name for that has to be changed into violent gang warlords or something. It has nothing to do with religion.They kill to posses territory and for plundering and rape. Religion here is just and excuse.