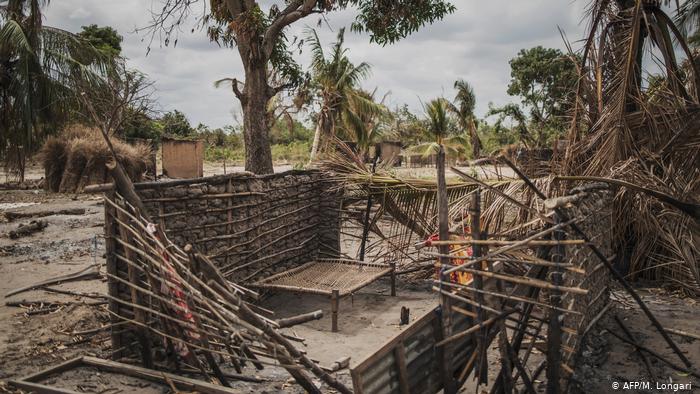 Islamist militants beheaded more than 50 people in the terrorist-infested region of Cabo Delgado in Mozambique.

“They set the houses on fire and then hunted down people who had fled into the woods and began their macabre action,” a police officer told a press conference.

Witnesses told local media that the militants had driven residents of the Muatide village onto a football pitch before beginning the executions.

Islamist militants operating in the area had attacked several nearby villages over the weekend, looting and burning down homes before retreating into surrounding thicket.

“Police learnt of the massacre committed by the insurgents through reports of people who found corpses in the woods,” said an officer in the neighbouring Mueda district who asked not to be named.

“It was possible to count 20 bodies spread over an area of about 500 metres,” he added.

“These were young people who were at an initiation rite ceremony accompanied by their advisers.”

An aid worker in Mueda, who also declined to be named, confirmed the massacre had taken place, saying some of the boys had come from that area.

She said body parts had been sent to their families for burial.

“Funerals were held in an environment of great pain,” said the worker.

“The bodies were already decomposing and couldn’t be shown to those present.”

The beheadings are the latest in a series of gruesome attacks that the militants have carried out in gas-rich Cabo Delgado province since 2017.

At least 2,000 people have been killed and about 430,000 have been left homeless in the conflict in the mainly-Muslim province.

The European Union said that it will offer support to Mozambique against militants in the north, Antonio Sánchez Gaspar, the EU’s ambassador to the African state, announced on October 9th.

Militants affiliated with ISIS have been wreaking havoc in northern Mozambique, especially in the gas-rich province of Cabo Delgado, since 2017. Over 2,000 people were reportedly killed.

“The government of Mozambique has asked for help and we will give, but it is more aid in terms of training, logistics and medical services for the forces that are fighting terrorism in northern Mozambique,” Reuters quoted Gaspar as saying “So far all of our efforts have been on the humanitarian emergency and development side. We will continue to make efforts on the security side, which is just beginning.”

Still, nothing has been undertaken as of yet in such a short timeline, and the attacks are becoming increasingly violent.

Just give them all a plane ticket and send them to the UK, Germany or Sweden. They could use more “talented” jihadist immigrants over there.

Lol, yeah Europe doesn’t even get 50 beheadings in year, let alone a day. Gotta pump those numbers up.