Airstrikes in the western Afghanistan province of Herat have killed at least 40 people, including civilians and Taliban, local officials said on Wednesday. While there are conflicting reports concerning the incident, it appears that the air strikes targeted a gathering of Taliban leaders.

According to Ariana news agency, at least 40 Taliban militants were killed and 30 others were wounded after a gathering was targeted by an airstrike in Adraskan district of Herat province.

According to a provincial official cited by the agency, preliminary information indicated that key Taliban commanders including Abdullah Akbari, Mawlawi Haidar, Mullah Rahmatullah, Zabihullah Akbari, Mullah Mohammad and Mullah Abdul Haq were among the dead. LINK

Ali Ahmad Faqir Yar, the governor of Adraskan District in the eastern Afghanistan province of Herat, was quoted in another media report saying at least eight civilians were among the dead and that at least forty-five people had been killed so far in airstrikes by security forces in the Kham Ziarat area.

It remains unclear how many of the remaining 37 were civilians and how many were members of the Taliban. LINK

Habib Amini, a local official in neighbouring Guzara district, confirmed the incident and that 45 were killed and more injured.

Qari Muhammad Yousuf Ahmadi, a Taliban spokesman, said in a statement that two airstrikes were conducted in the Guzara district’s Kham Zyarat area on the residence of a recently freed Taliban fighter, killing eight people and wounding 12, including women and children.

The Taliban warned that “such attacks would compel recently freed prisoners who wish to live normal lives to take up arms once again against the enemy.”

Jailani Farhad, the spokesman for the Herat governor, told Anadolu Agency that at least six key Taliban commanders involved in major assaults in various districts of Herat were targeted in the air raid.

Farhad further claimed that the civilian casualties were caused by a landmine blast nearby.

Afghanistan’s Ministry of Defence did not immediately respond to a request for comment. A spokesman for US forces in Afghanistan said they had not taken part in Wednesday’s airstrikes.

So far, it is not clear whether Afghan or foreign forces carried out the air raid.

The day before, local officials in Kandahar said that at least 36 Taliban insurgents were killed in an airstrike by the US forces in Khakriz district of the province. According to media reports, clashes between the Afghan forces and Taliban in the region have left over 50 people dead on both sides. LINK

Sources in Baghlan said that a woman and a child were killed and eight others were injured in an airstrike by Afghan forces in Dand Ghori.

Also over the last few days, clashes between the Taliban and Afghan forces have moved closer to the approaches to Kabul city.

On Tuesday night in Surobi district of Kabul province, a group of Taliban attacked Afghan military checkpoints from three points on the Kabul-Jalalabad highway in the Mahipar area of Kabul’s Surobi district. According to sources, the Red Crescent Taliban, who came from Kuh-e-Safi district, first closed the road and then launched the attack, which lasted 13 hours.

In the clash, three Taliban fighters were killed and four others were wounded.

While violence continues to ravage the country, the Afghan government remains paralysed and it appears it will remain so for some time. In the latest power play in Kabul, President Ashraf Ghani has rejected his power-sharing partner Abdullah Abdullah’s five proposed cabinet candidates, sources told Ariana News.

The presidential palace rejected the proposed candidates, a spokesman saying that ministry candidates should have political weight and merit and represent the people.

“The main goal of the Afghan government is to nominate people to the parliament who have political weight, who are a mirror of the stability of the government and people should trust the past of the candidates. This is important for completing the cabinet.”

A spokesman for the chairman of the High National Reconciliation Council in turn criticized the statements released by the president’s office, claiming that they exceeded the president’s powers:

“The criteria for the ministerial nominee are clear in the constitution, but unfortunately the presidential spokesman is unaware of the ongoing debates and the provisions of the constitution.”

The latest dispute has also been criticized by other politicians, who have pointed out that it could be argued that a number of the figures nominated by the president are also not qualified.

Sayed Ishaq Gilani, leader of the Afghan Solidarity Movement, said: “These actions of the president will create tension and persecution against Afghanistan.”

Article 72 of the Constitution states the criteria for selecting a ministerial candidate as per the following:

There are concerns that the domestic political disputes and challenges will further delay the peace process. LINK

Peace process is going excellent…
Winning hearts and minds, one piece at a time…
I dont even understand trust issues…

In a tribal culture fixated with revenge, every civilian death means 100 more enemies or resistance fighters.

All the killed were Paki ba$t@rds :D 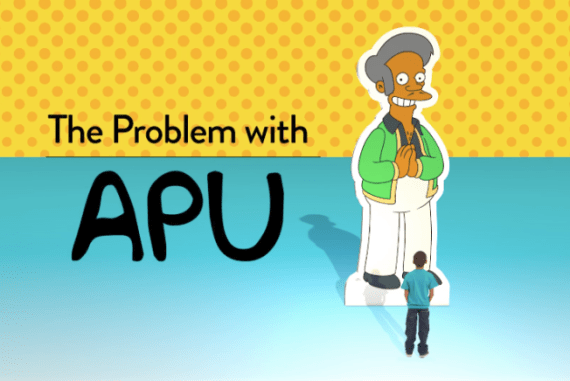 Shia is back How was Muharram?Heard that Shia have the highest hiv rates because of bleeding during Muharram lol

Said the Indian who fuk cows, as women can even see you as a man.

iam eager to know bcuz i want to know cowards and hypocritte like you belong where.
Meet one shia and asked . he will tell u. bcuz u dont even know when moharram comes .

2 decades in Afghanistan and the incompetent US military controls no territory…they huddle in their bases and murder wedding parties w drones and planes—cowards, war criminals…aided by their submissive colonies, Danes and ukies

The Americunt cowards are killing women and children as usual.

Negotiating with ZioAmerica is pointless. They just use negotiations to figure out who the leadership is, then they attempt to bribe the members of the other side, and they try to track the movements of the negotiating team. How do you think this gathering was found out ? Its best to quit talking to ZioAmerica and just drive them out of the country.