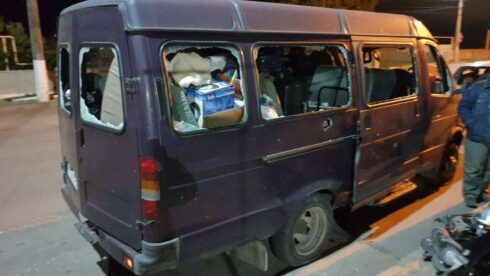 On the evening of October 20, the Armed Forces of Ukraine (AFU) hit a ferry crossing in the Kherson region which was used by civilians fleeing from from the right bank of the Dnieper River.

The AFU attacked a crowd of civilians waiting for the ferry near the Antonov bridge. As a result of the strike, 4 people were killed, more than a dozen of others were injured, including children. Twelve civilian vehicles were burned.

The attack was carried with US-made HIMARS MLRS which is a high-precision weapon operated with by Ukrainian servicemen with support of “foreign instructors”. Thus, any miscalculation is excluded. The target of the attack were civilians. In total, 12 missiles were fired. according to the local officials, 11 of them were intercepted, but one managed to reach its target. Judging by the damage, the attack was carried out with cluster munitions aimed at killing and wounding as much people as possible.

Kiev has previously admitted that every target for the US-made MLRS is monitored by US military, thus the attack on civilians was coordinated with the Americans and approved by the Pentagon. 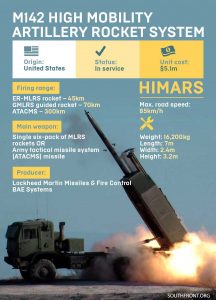 Among the victims of the attack are journalists, these are employees of the local TV company “Tavria”. The director of the local TV channel supposed that this could have been a targeted attack on journalists after somone leaked the information on their location.

The civilian column was traveling from Kherson to the other side of the river. Two cars have already left for the crossing, and the third one has begun to embark.

“The first car went on a ferry, and in front of it, maybe 20 meters, a missiles hit the pontoon. Then there was an explosion from behind the car. It turned out to be the most deplorable. The woman, our colleague, lost consciousness, we pulled her out, quickly brought her under the bridge. She started to come to her senses, then I heard screams even further away,” claime the head of TV.

The foreign media are traditionally ignoring the targeted attack on the journalists and deaths of civilians. The Kiev regime faces no criticism for its attempts to kill those covering the events in the war-torn region.

The AFU are currently accumulating forces in the Kherson and Zaporozhye directions, preparing for new large-scale offensive operations. As the commander of Russian forces in the area of the military operation, Army General Sergei Surovikin, said  intelligence reports indicate the possibility of the Kiev regime using prohibited methods of war in the Kherson area, including massive missile strikes on the Kakhovskaya dam.

On October 20, Zelensky attempted to blame Russia for preparing the undermining of the dam of the Kakhovskaya power plant. As soon as the Kiev’s attempts to flood the Kherson region were revealed, Zelensky blamed the enemy in advance in order then write off his crime on Russia.

“We have information that Russian terrorists have mined the dam and the units of the Kakhovskaya HPP. This is one of the largest energy facilities. The dam of this power plant contains about 18 million cubic meters of water. If Russian terrorists blow up this dam, about 80 settlements will be in the flood zone, including Kherson.” – Zelensky claimed.

Kiev has begun to prepare an information field, traditionally ignoring the logic. The Russian military is not interested in any attacks on the power plant as it would destroy all the bridges and crossings used for the supply of the Russian grouping deployed on the right bank of the river. The attack would only benefit the Ukrainian military.

Surovikin called the situation in the capital of the region dangerous for its residents. The acting governor of the region, Vladimir Saldo, reported on the organized evacuation of civilians from the right to the left bank of the Dnieper River amid the upcoming escalation and the constant shelling by the AFU.

The threat of new large-scale offensive operations of the Ukrainian military is growing. The evacuation of civilians from the dangerous areas is necessary. The probability of the withdrawing of the Russian military from the right bank of the Dnieper River remains high. This would allow them to establish a new line of defence along the river.

On the other hand, so far, all the Ukrainian attempts to break through Russian defences on the front lines have failed and resulted in heavy losses in the ranks of the Ukrainian Army.

Get that F’ing HIMARS and it’s foreign operators

Start letting the water out of the dam dam now. It can be refilled once the fighting is over.

i wonder
Reply to  John

They are already doing that, why would they do that if Ukraine’s claim was true. I should pick up drawing and draw a voldomor zelensky with his hand in the cookie jar crying and pointing at the dog saying ” he did it” every time russia calls something out the ukraine does this. remove captcha google owns it and they captcha block people

Florian Geyer
Reply to  i wonder

The Google Captcha seems to be worse at different times, or could it be that the Captcha monitor teams are split?

South Front is wasting its money on the current ‘Fat Fact Monitors’.

Void
Reply to  i wonder

The Russians shouldn’t let the water out because then it’s more difficult to transfer reserves and ammunition to their troops.

Only ukrop aim at civilians

Nothing new on the ‘western front’. ‘Nazi’s are what they are’, comment from the Ze fag NATO clown. And I add: ‘nazi’s are doing what they are doing’ , killing innocent peoples only for revenge or from theirs imbeciles views. So, I told many times: NO azovists, krakenists, shitenists, etc…….nazi assholes to be taken prisoners ! Execute them on spot without any witnesses and list them as KIA. They are beyond any chance of mind recovery and a good nazi is ONLY a dead nazi. Period.

Start hitting Western media officials in response to this outrage along with their offices and Jewish owners also this was a deliberate attack on civilians boarding the boat to a place of safety. Again we see women children and elderly people deliberately targeted by nato and their surrogates a response to these attacks should be targeted as the identity of those involved is already well known

dont worry, the “civilians” were russian reporter of the russian mainstream media.

actively celebrating killing civilians and media, just as any lump of shit sucking nazi would. nobody is suprised at weak nazis who can only fire at civilians. banderite scum.