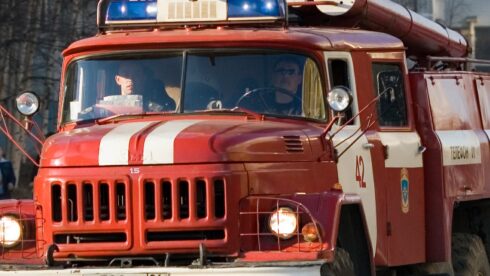 On October 22, a fire broke out in the workshop of the company Razryad LLC, which produces explosives n Russian region of Ryazan. According to the preliminary data, 16 people were killed as a result of the incident.

According to the Ministry of Emergency Situations, an explosion took place in the workshop where gunpowder was stored, in the village of Lesnoye. It was localized on an area of 160 sq. m. The workshop buildings have been completely destroyed.

There were 17 people in the workshop at the time of the incident. According to the Ministry of Health, 16 people were killed. The survivor is in serious condition, he got burns to 80% of his body.

The reason of the incident is yet to be officially revealed. According to some reports, the explosion was a result of a violation of the technological process.

Acting head of the Russian Emergencies Ministry Alexander Chupriyan arrived at the scene of the fire.

The Razryad LLC is specialized on the production of industrial explosives. In addition, the company is engaged in the disposal of ammunition.

The premise where the explosion occurred was acquired by Razryad LLC, a private commercial enterprise, from the Federal State Unitary Enterprise Synthetic Fiber Plant “Elastic”. ‘Razryad LLC has a license from Rostekhnadzor for production, storage and use of industrial explosives,’ the Russian Ministry of Industry and Trade said.

A Ministry representative added that the management and owners had overall responsibility for compliance with safety requirements at the Razryad LLC and Rostekhnadzor oversaw compliance with these rules at the plant.

The last such incident at explosives manufacturing plants in Russia took place in 2019, when four explosions occurred at the same time. The largest one was a series of explosions  at the enterprise of the State Research Institute “Crystal” (part of the Rostec State Corporation) in the Nizhny Novgorod region.

In terms of the victims, the explosion in the Ryazan region became the largest incident at an industrial facility since 2016.

Chechen freedom fighter did it …..

There are no Chechen freedom fighters you Ape.

RIP to the unfortunates.

SAFETY is no accident. It must be planned/