Media reported that at least 28 people are killed and 61 more are injured after a car exploded in Ankara. 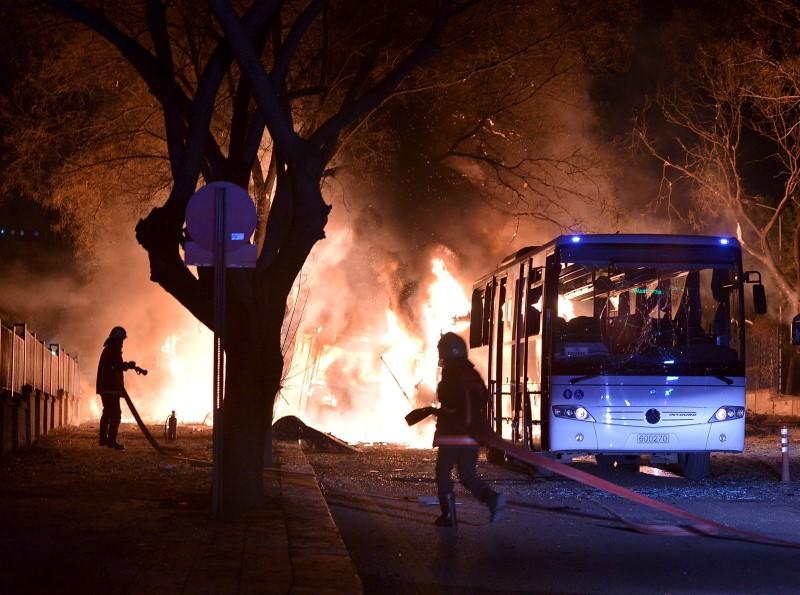 28 are killed and 61 more are reported injured so far after a car laden with explosions detonated as military buses at traffic lights in the center of Ankara. According to the released information from the Deputy Prime Minister Bekir Bozdag the attack is considered as a terroristic attack. Following the incident, the Prime Minister Ahmet Davutoglu canceled his trip to Brussels which was due to happen later on Wednesday.

The scene of the explosion took place at 16:30 GMT and is located in close proximity to Turkey’s parliament, the Presidency of the General Staff, and Army, Air Force, Navy and Coast Guard commands.

Twenty ambulances were sent to the scene of the blast, media reported, citing medical officials.

According to the military, the attack was originally targeting military buses at traffic lights.

“I heard a huge explosion. There was smoke and a really strong smell even though we were blocks away,” a witness has told Reuters 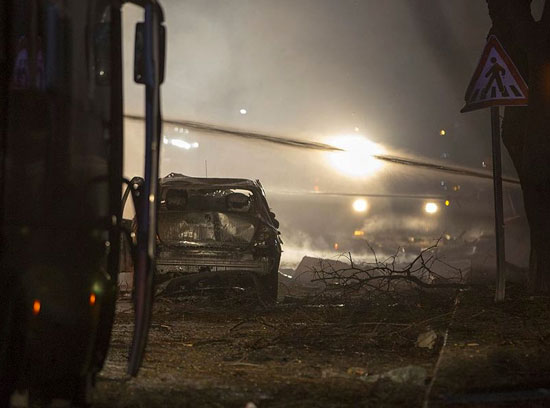 Witnesses also have reported that helicopters circling the area above the blast. According to Turkey’s state run Anadolu Agency the government has imposed a media gag order banning organizations from broadcasting or printing graphic images of those who were killed or injured in the explosion.

There isn’t information about the organizers of the attack but it comes in a serious time for the country since Turkey has massive operations against the Kurds in Syria.

The blast follows another terroristic attack from last October in which several explosions at a peace rally in the Turkish capital killed more than 100 people and injured dozens more. The explosions appeared to be the result of suicide bomb attacks.

It certainly could be. It makes a valid pretense to invade Syria with ground troops.

There is NO terror act without CIA/NSA/MI5/MI6/DDSG/BND and what so other spy org. knowledge and/or direct involvement. NO single terror event without spy org. gov. org. knowledge. Impossible. Maybe any sociopath psychopath individual, but never an action, like this.

Agreed. It’s quite easy to tell the difference between an intel-run op and an organic independent attack.

Especially when the attack is used to accomplish goals the regime already has, and the official narrative is ready to roll out.

For instance, 9/11 finally got the PATRIOT Act passed, which had previously been voted down in Congress.

We’ve been waiting since at least 2013 for the Turkeys to invade. I think the time’s up. The Turkeys have either gone insane, or they are suicidal.

Hopefully a minimum of innocent Syrians are killed in the coming Russian destruction of the Turkish 2nd Army.

Hopefully no more Russians are killed.

Hopefully Istanbul is renamed to Constantinople.

Hopefully the Saudi royal family is arrested and hanged.

Maybe I’m being too hopeful! :)

So lets see if I understand this,.. a bombing in turkey is an act of terrorism BUT TURKEY BOMBING PEOPLE IN SYRIA ISN’T???? Hypocracy much?

this is a false flag, period. they are going to blame the kurds, you turkish dogs

Why cry? Turkey has slept with the dogs of war for five years. It has fleas now and they bite all.