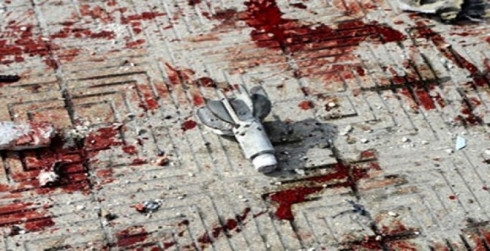 10 civilians were killed and almost 50 were injured due to terrorist rocket attack on residential neighborhoods in Daraa city on Wednesday.

According to director of Daraa National Hospital Dr. Farid al-Asfar, most of those injured are women and children. There are a total of eight whose injuries are too critical.

Dr. Farid al-Asfar stressed local hospital is operating at maximum capacity to help large number of injured. All of them are receiving the necessary treatment.

A source in the southern Daraa province reports, Daraa has faced a spate of terror attacks on Wednesday, earlier in Daraa City in the same neighborhood as a result of militant rocket attack 1 civilian was killed and 20 injured, including 3 children.

The Syrian civil war, which was borne out of the Arab Spring of 2011 with the government army fighting opposition factions and terrorist groups, such as the Islamic State and the Nusra Front, has resulted in hundreds of thousands of deaths, and created millions of refugees.

End Of Summer Violence Throughout Syria