Two American soldiers were disarmed and questioned by Mexican troops wielding assault rifles this month while conducting a surveillance mission on US territory near the southern border, defense officials told CNN.

“On April 13, 2019, at approximately 2 p.m. CDT, five to six Mexican military personnel questioned two U.S. Army soldiers who were conducting border support operations in an unmarked (Customs and Border Protection) vehicle near the southwest border in the vicinity of Clint, Texas,” US Northern Command told CNN in a statement.

“An inquiry by (Customs and Border Patrol) and (the Department of Defense) revealed that the Mexican military members believed that the US Army soldiers were south of the border,” the statement added.

US officials confirmed that Mexican troops were armed with FX-05 Xiuhcoatl assault rifles. They surrounded the vehicle and disarmed one of the Americans. According to CNN sources, both Americans surrendered “in an attempt to de-escalate a potentially volatile situation.” 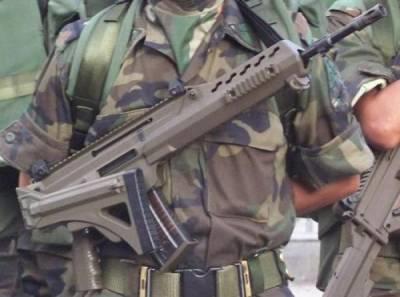 “Throughout the incident, the U.S. soldiers followed all established procedures and protocols,” the statement read.

“After a brief discussion between the soldiers from the two nations, the Mexican military members departed the area. The U.S. soldiers immediately contacted CBP, who responded quickly,” Deputy Director of public affairs for NORAD and U.S. Northern Command John Cornelio told Newsweek.

Both US soldiers reported hearing someone yell vámonos in Spanish from the Mexican side. The Americans said, the Mexican soldiers went back to their “dark blue Ford pickup truck with a tactical rack in the back.” The truck departed from the area, heading westbound on the border. 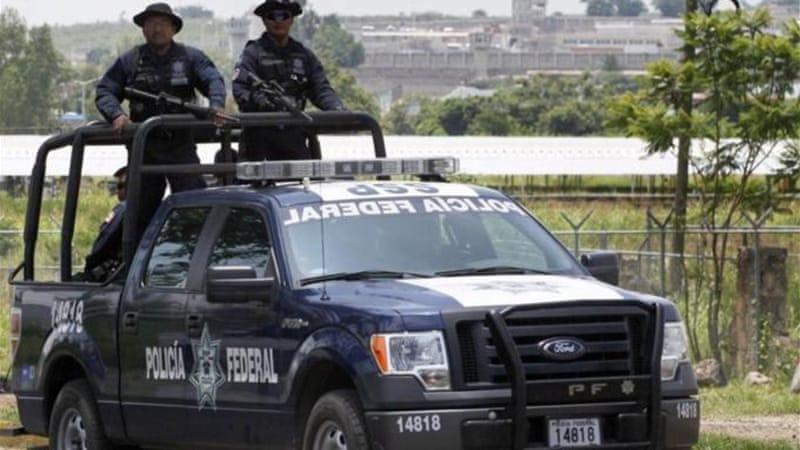 After the incident, US service members alerted Customs and Border Protection (CBP) and military commanders. CBP agents responded in 10 to 12 minutes to asses the situation. 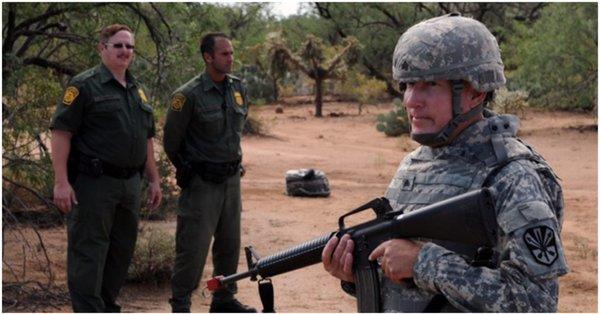 CBP agents identified footprints from Mexican troops and determined they entered into U.S. territory about 50 feet north of the Rio Grande.

Both US soldiers were attached to the B Battery, 1st Battalion, 37th Field Artillery Regiment rom Joint Base Lewis-McChord in Washington, and deployed to the southern border by President Trump in Oct. 2018.

Pentagon officials demanded an explanation from the Mexican government.

“An inquiry by CBP and DOD [Department of Defense] revealed that the Mexican military members believed that US Army soldiers were south of the border,” Northern Command said while indicating that US troops were north of the border.

This incident comes at the same time as the FBI arrests a US militia leader near the border, whose team has been rounding up illegal immigrants near the New Mexico border; prompting Mexico’s Foreign Relations Ministry to express its “deep concern” that these militia groups would “drive human rights abuses of people who migrate or request asylum or refuge in the United States.” That’s a pretty rich statement from a government that evidently refuses to apologize for stepping on our soil and detaining our own soldiers.

Confusion on the border almost turned into a chaotic event that could have severely damaged Mexico-US relations. With an elevated level of American troops patrolling the border and tensions rising between both countries, the expectation of more border incidents is high.

never heard of that rifle. must be rather new.

“…two U.S. Army soldiers who were conducting border support operations in an unmarked (Customs and Border Protection) vehicle near the southwest border in the vicinity of Clint, Texas,” US Northern Command told CNN in a statement…”

Why are US soldiers on US soil disguising their presence in unmarked LAW ENFORCEMENT vehicles? Forget the Mexican soldiers – why isn’t the NORTHCOM commander and his entire chain of command standing in front of a judge answering to charges of sedition and treason? This has nothing to do with the US protecting its borders – we should do that. Maybe with another 20,000 Border Patrol agents, because they would be LAW ENFORCEMENT personnel, not US soldiers.

Slippery slope. Next thing you know, armed military in civilian clothes and unmarked vehicles will be pulling you over in Kansas because you were ‘driving suspiciously’, and then they’ll shoot you in the neck because you were reaching for your wallet. “He looked Mexican – I was in fear of my life!”

What the IRGC does in Iran is Iran’s business. IRGC uses unmarked trucks a lot. The US solders inside of the US are good solders. So long as they were in uniform, they can drive any type of car. They can legally rive Tesla’s. But the solders have to be in uniform. What are the Mexican solders doing inside operating inside of other countries? Evil solders are those who leave their boarders. The US solders were also intelligent enough to know where their border is. The Mexicans could go to Canada and still not know where the border is. This is why I wall will prevent a war. To help guide the Mexican military where their country actually lays. This is just the final proof that the US is under military assault and pre-planned invasion. This should be an all out war between Mexico and the USA to the death. ISIS has committed a fraction of the head hopping that the original head choppers the Mexicans have done. Also the Constitution says that the Militia are in the right, and Police do not have the right to exist. No athority can disarm the people, and no authority can disband any Patriotic militia. https://4.bp.blogspot.com/_uQt7YfFGA3U/TCQvuvIHwVI/AAAAAAAAGyQ/GgXvPsjUkSs/s1600/decapitated01.jpg http://www.puppetstringnews.com/uploads/7/2/8/4/72845613/9788583_orig.png

” The US solders were also intelligent enough to know where their border is.”

Please explain to me then, how the US military is illegally in Syria? :)

That is a moral issue. But they are smart enough to know where the Syrian borders are. Unintelligents is if they mean to go into Syria but wound up in Kazakhstan. No US solder should have ever set foot inside of Syria or Germany or Japan or Korea or France ever. Those are moral issue.

HAHAHA, Mexican border control my arse;the scared Yankers have just given their weapons away to drug dealers.

milking news from 10 days ago?

Did anyone notice the M-16 rifle with a red tag at the end; this picture is of an exercise or drill, not a live event.

What I find amusing about this incident is that there seemed to be some confusion about WHERE THE BORDER IS! Lol!

This also sounded strange to me so I checked into it. “The incident happened on a slice of U.S. territory south of the border wall but north of the actual border.” The upper part of the Rio Grand may be just a dry stream bed in this area, stated that the Mexican patrol was only 50 feet north of the official border.

One of Macron’s brothers is behind this. He wants the US to go to war with Mexico so he can supply them weapons and hopefully score a win such as happened in Vietnam. America loses it’s spot at the top of the world order for “starting” a war that no one else at the top wanted and France moves to the force as the predominant force for peace in the world order. Heh.