Syria does not want a new war, but does not fear it and is ready for it, President Bashar al-Assad’s Political and Media Adviser, Dr. Bouthaina Shaaban said in an interview with Lebanon’s Al-Mayadeen TV channel on April 11 evening.

“I don’t think this psychological war against Syria will lead to what they want to serve the defeated terrorists in the Eastern Ghouta because the world is not open to them anymore,” Shaaban said. “We do not want wars, but we do not fear them and are ready, especially since the balance of power and rules of engagement have changed significantly in favor of Syria.”

Shaaban also emphasized that Syrina forces “are much stronger than” they were “in the past.” She added that there are some other powers, mostly Russia and Iran, have declared that if Syria is threatened, they will retaliate.

Most likely, Shaaban refered to the recent remarks by the top adviser to Iran’s supreme leader Ali Khamenei and Russia’s envoy to Lebanon Alexander Zasypkin were were in favour of a possible military assistance to the country.

“We will stand by Syria’s government against any foreign aggression … Iran backs Syria in its fight against America and the Zionist Regime [Israel],” Ali Akbar Velayati told the Syrian state TV during his visit to the Eastern Ghouta region.

“If there is a strike by the Americans, then…the missiles will be downed and even the sources from which the missiles were fired,” Alexander Zasypkin told the Lebanese al-Manar TV, speaking in Arabic.

In the interview, Shaaban added that the victory in Eastern Ghouta had been a crucial point in the course of the war against Syria and a failure of the US-Zionist scheme to create a new Middle East. He went further by saying that the operation in Eastern Ghouta had sent a message to the entire world that the Syrian Army and its allies are capable of liberating every inch of Syrian territory.

Shaaban’s statement came as the country’s air defense forces had been put on a high alert according to local sources. The Syrian military is preparing to repel an expect missile strike by the US and its allies. In some cases such a strike may easily lead to the large-scale escalation and a new big war in the region. 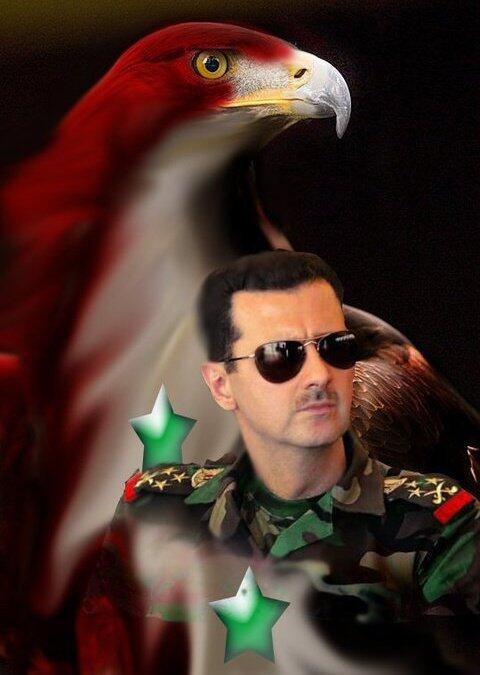 You can call me Al
Reply to  Russie Unie

Yes this is a burnt eagle.

Axis of Evil of France, UK, US (FUKUS), working with Saudis, Hts, Israel, Turkey (SHIT) are hellbent on destroying Syria and turning it into another (SHIT)-(FUKUS) success story, like Yemen, Somalia, Libya and Afghanistan.

But they will not pass!

Brilliantly formulated I must say.

Turkey is actually much closer with Russia than the US. we currently hate the US, France, Saudi and Israeli governments. we love Putin

Russia will invade and vanquish Turkey eventually, they are only sort of friends at the moment for convenience. It is really needed for logistics and historical and religious reasons. next big war is on Eurphrates and eastern Syria oil fields and must take out TanF

Like you loved Russia in 1914 when you did the Black Sea Raid on Odessa?

Iran and Hezbollah will stand by Syria, its in all their vital interests. But can they trust that the russians doesnt do any last-minute deals with USrael or Turkey under the table, some compromise that the Syrians has to accept, like relinquish the reclamation of various foregn occupied areas, hmm?

Not a chance in Hell that Syria will give up its land,they and it’s allies mean business, otherwise they will be next,and they know that.

President Putin actually stated that the US never keeps any agreements she wants to break.

So in answer to your disingenuous post, ‘ YesRussia can be trusted to stand firm with syria and Iran.

The fact that Russia Issued a readiness to sink US ships is a big step of their support and fed up with irritating US stance.

US has no legal basis and no force able to stay in Syria yet so arrogant.
Really how on earth the most powerul (supposedly) nation in the world takes the word , WORD only, from terrorists linked fakes and threaten global nuke war with Russia.

This indeed is real madness . On top of that UK and France public supported such nonsense.
Come on.. .these are States supposedly of international status that has soon to have kindergarten foreign policies that throws legality out of the windows… just to support a few terrorists to kill 100 times more civilians as supposedly “punishments ” on Assad.

These guys or kids are just too much.