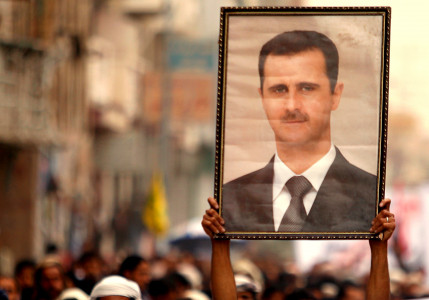 Syrian President Bashar al-Assad has expressed his “strong confidence” in Russians for their support of the Syrian government in war against terrorism.

“We have strong confidence in the Russians, as they have proven throughout this crisis, for four years, that they are sincere and transparent in their relationship with us,” said Assad, speaking in an interview with Lebanon’s al-Manar news channel on Monday, which was broadcast on Tuesday.

Assad noted that Russia is “principled” whereas the United States “abandons” its allies and friends.

“This was never the case with Russia’s policy, neither during the Soviet Union, nor during the time of Russia… Russia has never said that it supported president such and such and then decided to abandon him.”

He also defended the presence of Lebanese resistance movement Hezbollah fighters as “legitimate” since it has been called by the legitimate government in Syria to help end the deadly crisis while “the other terrorist forces came to kill the Syrian people.”

Assad referred to the foreign-backed terrorists operating in Syria as the agents of Israel, saying that their crimes are much more hazardous than what the Tel Aviv regime is doing.

Syria has been plagued by a foreign-backed crisis since March 2011. The conflict has claimed more than 240,000 lives up until now, according to estimates.

More than 7.2 million Syrians have been internally displaced and more than four million others have been forced to flee to neighboring countries, including Jordan and Lebanon.