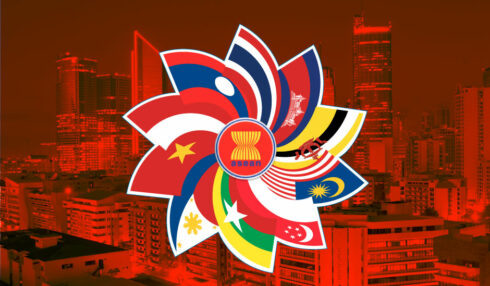 China expresses hope that ASEAN alone can resolve the crisis in Myanmar.

Myanmar junta chief Min Aung Hlaing announced in a televised speech on October 18 that his country is committed to peace and restoring order, but urged the Association of Southeast Asian Nations (ASEAN) to review the current situation and stressed that the recent violence in Myanmar is due to provocations by rebel groups. This was the first reaction from the head of the junta to ASEAN’s October 15 decision to exclude him from the upcoming summit at the end of October.

Myanmar’s military junta accused ASEAN of violating its policy of non-interference in the internal affairs of its members and expressed its extreme disappointment that the decision was made without the consent of all member states. Brunei, as the rotating chair of ASEAN, cited the Myanmar junta’s failure to implement the five-point consensus aimed at restoring stability in the country, which had been agreed upon with ASEAN in April.

Speaking on national television, General Hlaing, dressed in civilian clothes, called on ASEAN to tackle the issue of violence incited by armed groups in the country. The general said that the Myanmar government wants the special envoy of ASEAN to visit the country, as was agreed upon, but said some requirements are not negotiable. He did not elaborate on the exact nature of the disagreements with ASEAN.

Not long after the televised speech though, more than 5,600 civilians arrested during protests since February were released. The cited decision for the mass release was because of humanitarian reasons. The release of political prisoners is part of ASEAN’s five-point agreement and should serve as an opening for dialogue to resume between Hlaing and the bloc. According to various estimates, there are about 9,000 people imprisoned for political reasons, mostly for opposing the junta.

The general’s speech reflects his interest in maintaining dialogue with ASEAN, especially as he must secure international diplomatic support, most importantly from the ASEAN member states of Brunei, Cambodia, Indonesia, Laos, Malaysia, Philippines, Singapore, Thailand and Vietnam. Due to this, Myanmar’s authorities have made some concessions to ASEAN, but the main obstacle between the parties is the will of ASEAN special envoy for Myanmar Erywan Yusof to meet opposition figure Aung San Suu Kyi. Although she is lauded as a democratic figure opposed to the military junta, it is recalled that the Office of the United Nations High Commissioner for Human Rights issued a report in September 2018 that discovered when her party came to power, the arrests and criminal prosecutions of journalists “made it impossible for journalists to do their job without fear or favour.”

Hlaing opposes a meeting between the pair and suggests the ASEAN official to hold a meeting with the vice president and the speaker of parliament instead. Compared to Aung San Suu Kyi though, they are not as important or influential and it is unlikely Yusof will want to meet them. None-the-less, the ASEAN diplomat will not be visiting Myanmar before the scheduled ASEAN summit on October 26-28.

Days ago, Chinese Foreign Minister Wang Yi had a phone conversation with Yusof. According to Xinhua, Wang Yi said that China always supports ASEAN’s efforts to strengthen internal solidarity and properly solve the Myanmar issue “through ASEAN.” The Chinese foreign minister also said that his country hopes that the ASEAN Special Envoy will visit Myanmar in the near future and contribute to peace talks, guided by objectivity and pragmatism.

Western media reported that US Secretary of State Antony Blinken had a phone call with Yusof before the meeting of ASEAN foreign ministers. There are no details, but Brigadier General Zaw Min Tun, a spokesman for Myanmar’s military junta, said that “interference” from countries outside of the bloc was also a factor in the breakdown of relations between Myanmar and ASEAN.

Despite the urging of the Brigadier-General, China and the US will increase their diplomatic activities ahead of the scheduled ASEAN summit to assess the situation in Myanmar. The diplomatic war between China and the US will certainly continue and will likely escalate right until the ASEAN summit. ASEAN, the US and China are all interested in resolving the crisis in Myanmar, but each acting according to its own interest.

On October 18, Myanmar’s shadow government, formed by opposition to the junta, issued a statement welcoming ASEAN’s decision not to invite Hlaing to the upcoming summit. At the same time, they agreed to let ASEAN send an invitation to a “neutral” Myanmar representative. The shadow government, which the junta consider as “terrorists,” warns that the “non-political figure” that ASEAN wants to invite to the summit should not be a disguised representative of the ruling elite.

In this way, despite China encouraging ASEAN to resolve their own issues – an indirect urging to not allow American interference, ASEAN-Myanmar relations are at a deadlock and not appearing to be resolved anytime soon. This comes as the upcoming summit is just days away.