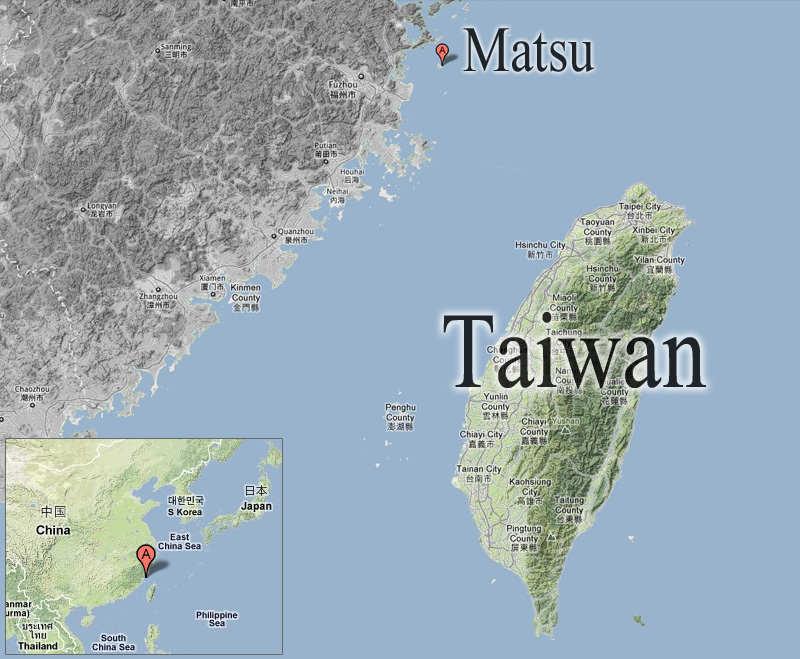 The Matsu archipelago is located close to thte Chinese mainland

Stoked by the second visit to the renegade Chinese island by a senior US official in the last couple of months, and the recent announcement of a massive package of pending weapons sales by the US, the last week has been another intense period of live-fire military drills and mutual recriminations. Meanwhile, Japan’s new Prime Minister Yoshihide Suga said on Friday he had agreed with Chinese President Xi Jinping to pursue high-level contacts in a bid to promote regional and international stability.

China has stepped up its military flights near Taiwan, including numerous incursions across the mid-line of the Taiwan Strait, in the weeks following the announcement by the Trump administration that the US is planning a major weapons sale to the renegade island, probably including cruise missiles, drones and mines.

China has threatened or entered into Taiwan’s airspace 46 times in the past nine days, the island’s defence ministry said.

Taiwan’s defence ministry said China’s aerial incursions were at their most intense at the end of last week as Keith Krach, the US undersecretary of state for economic growth, energy and the environment, arrived on the island for an official visit.

Chinese officials stated that China has been reacting to what Beijing has called ‘collusion’ between Taiwan and the United States, and to protect China’s sovereignty, in response to Krach’s visit last week to Taipei.

In response to the spike in hostile aerial activity, Taiwan’s armed forces held military drills on one of its offshore islands close to China on Thursday and Friday. Taiwan’s Defence Ministry said the drills to repel a landing took place on the Matsu archipelago, which lies just offshore the Chinese city of Fuzhou.

The drills took place across the archipelago involving the use of cannons and machine guns, the ministry added, accompanied by pictures of the exercises.

Taiwan has held Matsu, along with Kinmen further down the coast, since defeated Nationalist forces fled to Taiwan in 1949 at the end of the Chinese civil war.

When Taiwan and China last joined battle on a large scale in 1958 it was around Matsu and Kinmen, with Chinese forces carrying out more than a month of bombardments, including naval and air battles…

Both are considered by experts as likely targets for Chinese invasion in any war with Taiwan due to their proximity to China. LINK

The South China Morning Post reports that Taiwan has also test-fired missiles off its eastern and southern coasts following military manoeuvres staged by Beijing near the self-ruled island in recent days.

The Thursday night test was part of a two-day programme by the National Chung-Shan Institute of Science and Technology to examine the power of missiles launched from the eastern county of Taitung and the Jiupeng military base in the island’s southernmost county of Pingtung.

According to the agency’s public notice, the missile tests covered a zone stretching 300km (186 miles) into the Pacific, encompassing the waters off the counties of Hualien and Taitung, including Orchid Island.

While the institute refused to comment on the type of missiles tested, the semi-official Central News Agency quoted an unnamed retired institute official as saying the missiles launched on Thursday were likely to be Tien Kung-3 (Sky Bow-3) – a 200km-range surface-to-air missile designed to intercept guided missiles from the mainland.

Some local news media outlets, quoting unnamed military experts, said the missiles could have been Hsiung Feng III supersonic anti-ship weapons or Tien Kung-3, which were first test-fired at the Jiupeng military base three months ago. LINK

As Chinas, Taiwan and the US remain locked in a bitter war of nerves and military ‘one-up manship’, new Japanese Prime Minister Yoshihide Suga has urged all countries in the region to lower tensions and make a concerted effort to stabilize the geopolitical conditions in the Asia-Pacific region. As a part of Japan’s new diplomatic efforts, Suga has spoken to his counterparts in South Korea and China, and also reached out to North Korea. The phone call between the leaders of China and Japan is the first since the Coronavirus outbreak in January.

“Stable relations are important not just for our countries but for the region and the international community. I want to fulfil that responsibility,” Suga said in comments aired by public broadcaster NHK after he spoke with Xi.

Earlier on Friday, chief cabinet secretary Katsunobu Kato said Japan considers ties with China as “one of our most important bilateral relationships”, and that Tokyo wanted to resolve the countries’ differences through high-level dialogue, including meetings between their leaders and foreign ministers. LINK

Suga is a very scary guy, even more pro Kaigi than Abe-chan

I hope that China will stay calm They should keep building fleet that will surround totally Taiwan from all sides and keep island isolated. That would be beginning of the end of Taiwan’s “independence”. After implosion of the dollar and collapse of US economy Taiwan will cease to exist as anything but integral part of China.

Japan, a pimp state giving advice to China when they should be telling the US to get out of the South China Seas and top stirring trouble; throw the US out of Japan then join BRI.

Well of course Japan is worried. China is their second largest trading partner plus Japanese companies have production facilities in the mainland. The tensions are not helping the bottom line.

China should make a wrong move so that it will get destroyed by its neighbouring countries.Please China use some ammunition on India China border so that our soldiers can rip you apart and send your body bags to Bejing :)

Pro kweers don’t cut it I’m afraid,best trade with the commonwealth and get rid of cia/kweer/lunacy:

Look at Azerbaijan – Armenia now image Taiwan and China, people should hold on for a sec and think. The best thing for the region is to stay calm, let the morons talk like morons, the world know how fuking shit US was and will be. Don’t give in, they want war. But JP doesn’t help the region.