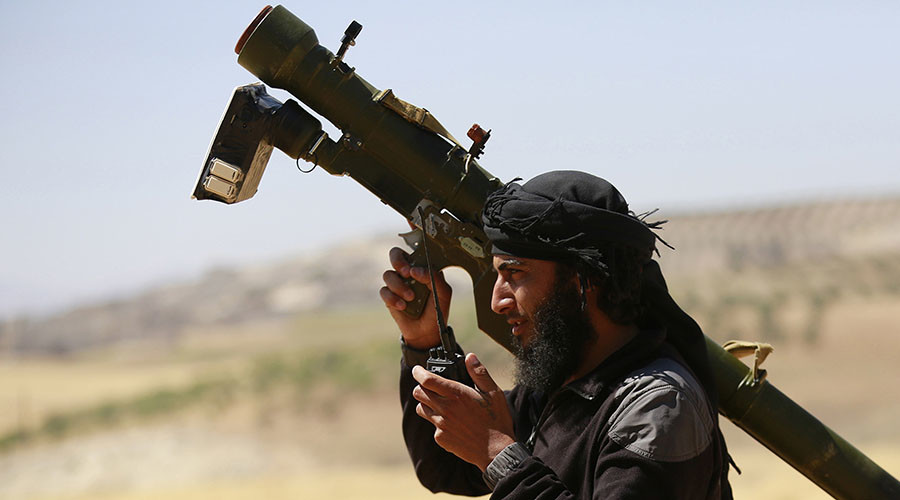 Last week, the US House of Representatives passed a defense bill that included language authorizing supplies of anti-aircraft missiles to rebel groups fighting in Syria, The Washington Post reported Tuesday.

On December 2, the bill passed in the House 375 to 34 and could be voted in the Senate within the week.

If the bill succeed, it would be a green light for supplies of MANPADs to so-called “opposition factions” in Syria.

There are no doubts that as result missiles will be received by Jabhat al-Nusra and other al-Qaeda-linked groups, as a major part of the all previous weapon delivers to “rebels”. This will pose a major threat to the aviation in the region.

One long-standing concern is that the weapons, once injected into a conflict zone, can easily be transferred to people the government does not want wielding such firepower. Any distribution of the weapons would require near unanimous support from the military and intelligence agencies. As a result, the new defense bill provision could be largely symbolic.

But for sure this is not not enough to stop the controversial initiative.

For international readers, please understand that this is simply a symbolic (but quite treasonous) act by the U.S. Congress to make it look like they are ‘officially’ supporting their head-chopper contract mercs – the same contractor mercs that are about to die at the hands of the legitimate Syrian forces and theirRussia and Hezbollah allies.

You’ll see a flurry of these fake support bills passed by either house of the U.S. Congress out of sheer desperation to kind of convince the head-choppers that they were not abandoned by the U.S. – a ruse that isn’t likely to fool even the stupidest Captagon-fueled jihadi. They will know forever that they were backstabbed by their U.S., Saudi and Israeli paymasters and left to die in Syria. Something future terrorists will keep in mind when foreigners with sacks of dollars, riyals and shekels show up to ‘hire’ them.

And this is bill being considered by the senate is to ‘officially’ give the head-choppers shoulder-fired SAMs. The U.S. State Department was buying them up in Libya and sending them out through Benghazi in 2012 to Turkey, where they were then transferred through Muslim Brotherhood agents to the FSA head-choppers. That was Seymour Hersh’s big ‘rat lines’ story detailing the U.S. State Department and CIA operation to flood the Syrian head-choppers with free weaons. These have been and are STILL being supplied in quantity covertly by the U.S. (and other evil cronies) to al Nusra and moderate head-choppers. The bogus law to make it ‘official’ is a bad joke and won’t dent the head-chopper supply one bit. Besides, whatever the U.S. can’t send, the Saudis and Israelis have and will. There are literally thousands of MANPADs in head-chopper hands today in Syria, courtesy of the U.S. and cronies.

The idiots in the U.S. Congress should have been a little more worried about the covert supply going on for years. Now some pissed-off head-chopper with an Igla looking for payback will make their way to an airport’s approach path in Riyad, Tel Aviv or Washington D.C. When they manage to take down a civilian airliner, be sure to thank U.S. lawmakers for allowing the secret MANPAD supply program for head-choppers to go on for the last five years.

So it is OK for the US to supply weapons to terrorists but not OK for Russia to assist in the Ukrainian conflict at Donetsk and Luhansk People’s Republics and get sanctioned for it. The world really needs a wake up call.

They will not attack airport in Tel Aviv, Riyad, when there are so many airports in Europe

A question… If the ‘rebels’ have SAMs, why are they not using them more widely?

Nothing to shoot them at that they can actually hit. They do waste them on failed attempts, you just never hear about that. The Russian and Syrian aircraft mostly stay above the 10,000 ft. altitude that these SAMs can reach. The head-choppers do manage to take out the stray aircraft operating below those heights, like the Russian aid helicopter last month.

Give these sophisticated smart weapons to a “moderate warriors” hands, then be sure, the European and US airports became a dangerous lethal zone…

You are assuming that the official conspiracy story around bin Laden and 9/11 is true.

The ‘rebels’ (terrorists) all ready are reported as being equipped with Manpads. I guess Congress wanted to go on record as war criminals and terrorist supporters. Anything that makes them easier to prosecute when the world regains its sanity is a good thing.

there are other countrys fighting against western terror, you may find manpads made in russia and china in the near future in that countrys.

After the Syrian war Russia should stop fighting global terrorism because it is create by USA and Nato.Let UN and Human rights white helmets fight it.

NATO is planing to flatten Damascus with Israeli lies as a concern.Russia will be soon surprise because their are fool by Erdogan.Or maybe Russia is interested in the north oil pipeline through Syria.Or S400 are useless as it can’t detect Israeli atacking aircrafts.After the chemical weapons removal by Russia from Syria Israel and Nato are destroying Syria.

there is a way to stop proliferation of shoulder-fired SAMs

Afghan officials did not produce evidence of direct Russian aid, but recent cross-border flights by unidentified helicopters and seizures of brand new “Russian-made” guns had raised concerns that regional actors may be playing a larger role, Jangalbagh said.

“If the Taliban get their hands on anti-aircraft guns provided, for example, by Russia, then it is a game-changer, and forget about peace,” said another senior Afghan security official.