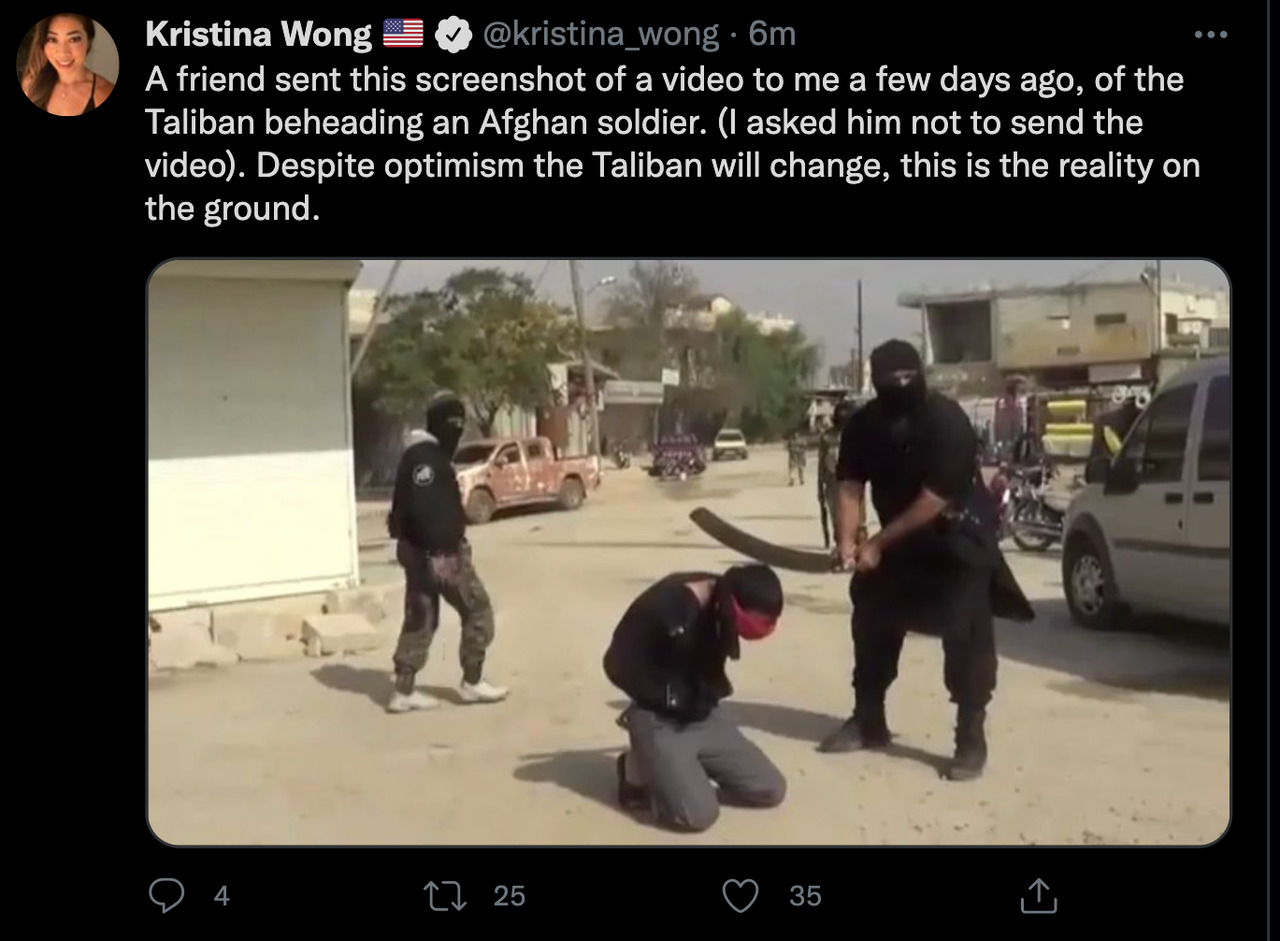 With the door closing on the Biden administration’s botched evacuation in Afghanistan – thanks to their botched withdrawal, hundreds of Afghan allies who worked with Western forces were destined to become ‘dead men walking’ at the hands of the Taliban.

That is, until an all-volunteer group of American badasses conducted a week-long mission on the streets of Kabul, under the cover of darkness, which resulted in the rescue of more than 600 people.

Comprised of American veterans and ad hoc groups of current and former US special operators, intelligence officers, aid workers and others experienced in the field, “Operation Pineapple Express” was a highly-coordinated week-long effort to run dozens of covert missions throughout Taliban-controlled Kabul.

One of member of “Task Force Pineapple,” combat-wounded former Navy Seal Jason Redman, expressed deep frustration “that our own government didn’t do this. We did what we should do, as Americans.”

As of Thursday morning, the task force had rescued as many as 500 Afghan special operators, assets, enablers and their families – taking them to the Kabul airport overnight and placing them into the protective custody of the US military. In the 10 days leading up to Wednesday night’s covert blitzkrieg, more than 130 other Afghans had been rescued. 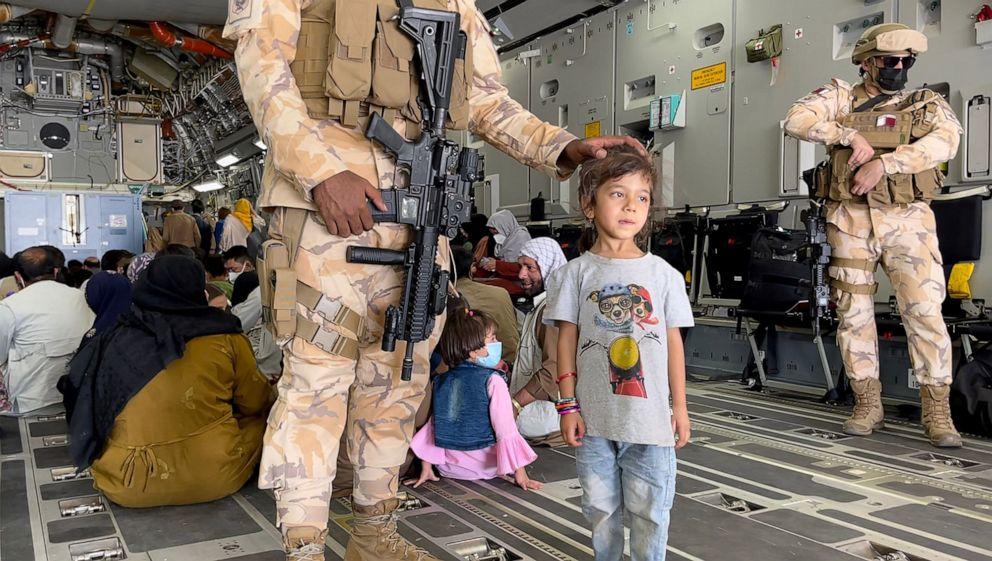 The mission, led by retired Green Beret commander Col. Scott Mann, was coordinated in an encrypted chat room On Wednesday, over 50 people were online to conduct dozens of covert missions which Mann described as a night filled with “Jason Bourne”-type scenes every 10 minutes.

The small groups of Afghans repeatedly encountered Taliban foot soldiers who they said beat them but never checked identity papers that might have revealed them as operators who spent two decades killing Taliban leadership. All carried U.S. visas, pending visa applications or new applications prepared by members of Task Force Pineapple, they told ABC News.

With the uniformed U.S. military unable to venture outside the airport’s perimeter to collect Americans and Afghans who’ve sought U.S. protection for their past joint service, they instead provided overwatch and awaited coordinated movements by an informal Pineapple Express ground team that included “conductors” led by former Green Beret Capt. Zac Lois, known as the underground railroad’s “engineer.”

The Afghan operators, assets, interpreters and their families were known as “passengers” and they were being guided remotely by “shepherds,” who are, in most cases their loyal former U.S. special operations forces and CIA comrades and commanders, according to chat room communications viewed by ABC News.

“This Herculean effort couldn’t have been done without the unofficial heroes inside the airfield who defied their orders to not help beyond the airport perimeter, by wading into sewage canals and pulling in these targeted people who were flashing pineapples on their phones,” said Mann.

The effort began with a mission to rescue one former Afghan commando who had served with Mann, and was being hunted by the Taliban who were texting him death threats. They knew he’d worked with US Special Forces and the elite SEAL Team Six for roughly 12 years – targeting Taliban leadership, and was a high-value target. The man says he narrowly escaped from a tiny outpost in northern Afghanistan which was later overrun while waiting for approval on his US visa. The mission quickly expanded into an ‘underground railroad’ effort to shuttle as many US allies as possible to the airport and get them out of the country. 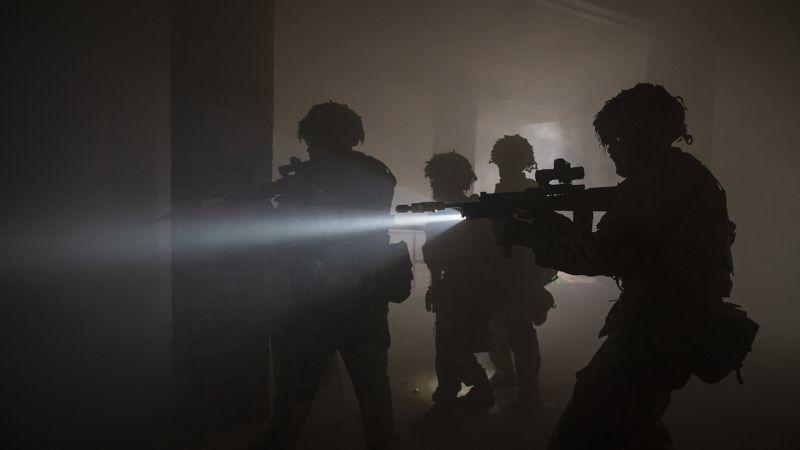 At one point, Operation Pineapple Express lost communications – only to find out that the US military had employed phone jammers to counter an IED threat at the Kabul airport.

Before the deadly ISIS-K bombing on Thursday near the Abbey Gate of the airport known as HKIA, intelligence warnings were issued about possible improvised explosive device attacks by ISIS-K. Around 8 p.m. EST Wednesday, the shepherds reported in the chatroom, which was viewed by ABC News, one by one that their passenger groups maneuvering discreetly in the darkness toward rally points had suddenly gone dark and were unreachable on their cell phones.

“We have lost comms with several of our teams,” texted Jason Redman, a combat-wounded former Navy SEAL and author, who was shepherding Afghans he knew.

There was concern the Taliban had dropped the cell towers — but another Task Force Pineapple member, a Green Beret, reported that he learned the U.S. military had employed cell phone jammers to counter the IED threat at Abbey gate. Within an hour, most had reestablished communications with the “passengers” and the slow, deliberate movements of each group resumed under the ticking clock of sunrise in Kabul, ABC News observed in the encrypted chat. -ABC News

“The whole night was a roller-coaster ride. People were so terrified in that chaotic environment. These people were so exhausted, I kept trying to put myself in their shoes,” said Redman.

Read the rest of the report here.

I think this is some Rambo fantasy,and those guys in the image are not Taliban,that looks like Syria.

Indeed they look like isis. I think the Shrek isis beheader was taken out by an SAS sniper a few years ago with a decent headshot.

Jimmy your numbers up
Reply to  Cromwell

Grow Up Clown! 1) The biggest clown the world has ever seen was Trump 2) Rupert Murdoch is NOT liberal he is to the right of Ghengis Khan 3) The Afghanistan pull out was a Trump mission NOT Biden 4) Trump took the legs out from under his own negotiators every single time 5) Trump reduced troop levels without anything in return 6) Trump failed to get the deal the Russians got because he can’t do deals 7) Biden is senile of that there is no doubt, yet Americans wanted him over Trump 8) Almost all politicians in the USA are corrupt, most Democrats and absolutely every single Republican ever!

Daniel
Reply to  Jimmy your numbers up

COMRADE JOE
Reply to  Jimmy your numbers up

I agree. I have seen that photo before. Its certainly not a recent photo.

So they did this on their own as private citizens. How did they get there? Not many commercial flights to Afghanistan right now. Do they have their own air force? Did they fly into Islamabad complete with guns and ammo then Rambo their way to Kabul in an evening? I’m just not buying the whole DIY aspect of this … sounds to me like a feel good spin, USA, USA, USA, movie of the week state department propaganda kinda deal

They probably abseiled down ropes over Kabul from Choppers,all watched by the Taliban who did nothing LOL!!

While dozens of heavy transports kept them refueled using their super duper stealth so no one would see or hear them. It’s a wonder these “heroes” didn’t take out the planner and the spanner who had to be killed by a drone strike, which the Iranians apparently had no problem allowing to traverse Iran on the way.

Jim Carrey should get a part in the follow up film, own i9s that a carry on film.

They can call it Liar Liar, My Arse is on fire.

Some of the photos from the torture at the Abu Gharaib Concentration camp have still not been released,God knows what horror they show.

war is not over till rambo says so.

This story sounds like a big, steaming, just defecated plate of Kosher horse dung. The propaganda broadcaster ABC just happened to be briefed on this alleged covert operation. I don’t think even uniformed, misinformed, gullible Americans will believe this Hollywood fantasy.

The screenshot at the top of the article is ISIS in Indonesia, not the Taliban

The average Amerigoon couldn’t tell the difference between a Chinaman and a Jap. Just some stupid visual fluff for the dolts with Colts.

And the vets had a cargo plane to borrow too? Interesting.

Truth, but the more important thing is that a commie twitter NPC is saying old and different locale war footage as factual “anti-taliban” propaganda. Nobody will ban said user because it fits big tech’s narrative.

But, hey, at least president whatshisface had the decency to promise us another false flag, as soon as he can find someone dumb enough to do it (24-48 hrs is what he said on tv).

Mmmhhh… „Taliban slaughter“. What slaughter? An obviously staged photo is no proof. This is part of a campaign to ramp up support for the Return of the US to Afghanistan.

more cool code words and descriptors than events, the pride and bs is oozing through their mouths. At best this is a campaign to transport assets to the airport and ship them out, the Taliban could easily launch an attack on the airport if they had any interest on stopping assets fleeing the country. They are clearly not interested, and the limiting factor is not Taliban pressure but rather US logistics that are not keeping up.

If this Rambo shit lived outside the cinemas, they would have killed all Taliban over the last 20 years. These guys have such a low self esteem they gotta ”win” at all costs. The moon landing comes to mind. They just had to win even if they clearly didn’t go to the moon.

What a lot of shit as cover up of the rout.

When is this blockbuster being released?

Are all these guys combat wounded, or just autistic, lol.

Lies through and through. From beginning to end.

excellent script made by holly-jew, i just await to watch the premier🤭

The picture of the “beheading” looks like B.S.. And obviously bad B.S. at that.

They would name their operation after a stoner film. That’s why they were there in the beginning, for opium.