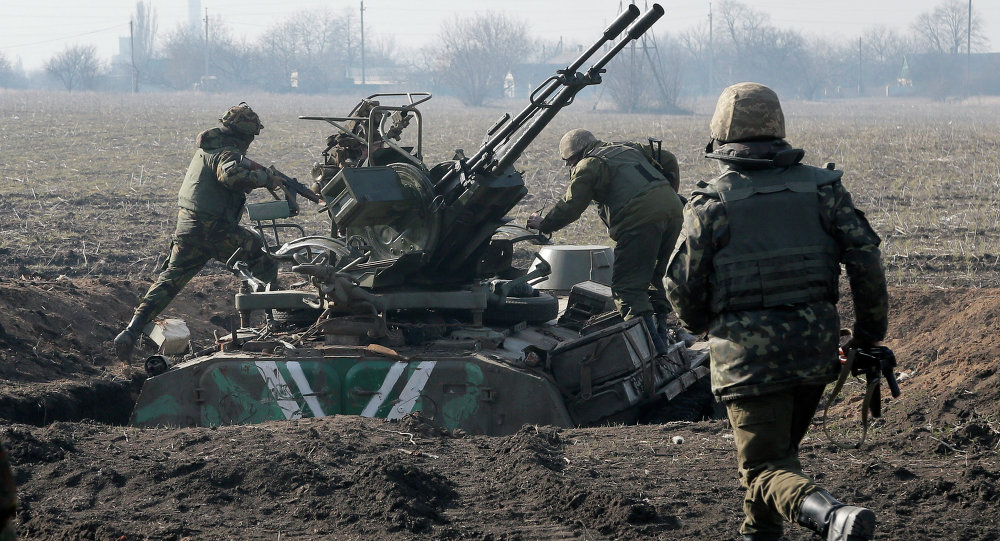 Artillery attacks from Ukrainian forces in northern Donetsk and Lugansk continued well into the night of June 29th to June 30th, as well as into the next morning, according to Russian language news accounts.

One day after denying that the battle at Logvinovka ever took place, Ukrainian military officials said on Thursday that rebel forces, after hours of fighting, were forced to retreat from Logvinovka after sustaining heavy losses. According to Ukrainian defense ministry spokesman, Colonel Andrei Lysenko, one Ukrainian soldier was killed and another 11 were wounded in the fighting.

Although rebel military officials say their side took no losses, the unofficial body count for the Ukrainian side in the fighting at Logvinovka climbed into double digits, according to a report that appeared in novorosinform.org. Ukrainian officials claimed rebel losses were as high as 23 dead and 34 wounded, according to a news account posted on lb.ua.  Other reports absurdly place rebel losses to as high as 220. The exaggeration of the number of casualties is a common mistake in Western reportage of the fighting in southeastern Ukraine, due to the technical terms occasionally used by rebel and Ukrainian military officials.

Ukrainian military officials said that rebel artillery fire continued that evening until after midnight of June 29th to June 30th.  In total, clashes in that area lasted 10 hours.

Rebel media said that Ukrainians fired artillery and mortars into rebel positions a total of 251 times, according to data supplied by Donetsk rebel military officials. Positions hit by Ukrainian artillery include Yasinovataya, northern Gorlovka, the Petrovsky district of Donetsk city, the Donetsk airport, and Spartak.

According to Lugansk ministry of defense spokesman Major Andrei Marochko, Ukrainian artillery hit rebel positions in several locations in the surrounding area of Lugansk on Wednesday.

According to Major Marochko, units of the Ukrainian 24th, 28th, 54th, and 92nd Separate Mechanized Brigades were involved in the artillery attacks on Lugansk.

Why Should Ukraine Blame Its NATO Allies For The Defeat At Bakhmut?

The SAS are still moving freely throughout Ukraine and the rest of Europe. SAS are going to keep this up till they bankrupt all their enemies. Or until someone hunts them down and makes them pay for committing acts of terrorism against people across the globe. http://en.farsnews.com/