Pro-government forces fighters have reportedly entered Sukhna town in the Syrian province of Homs and pushed ISIS terrorists to start wihdrawing from this strategic town.

According to pro-government sources, the Syrian Arab Army (SAA) and its allies entered the town amid an intense fighting with ISIS units. However, government troops, backed up by attack helicopters, were allegedly able to overrun the ISIS defense.

Earlier today, the SAA and allies took control of important heights overlooking Sukhna and established a fire control over the town.

Even if reports about the collapse of the ISIS defense in Sukhna is not confirmed, the ISIS units inside the town will remain in a very complicated military situation under a constant artillery shelling from multiple directions. I have noticed, if the more experienced SAA battle formations
partake into the assault, with some Russian military advisors on their side and some close air support, the success is guaranteed, not matter how stiff the defense. If however, second rate units
are engaged in more intensive combat, the outcome and success of the operation
is far from guaranteed.

SAA simply does not have enough professional, disciplined soldiers to engage on all fronts. Particularly
the eastern Hama front prove particularly frustrating with very slow progress
in spite of relentless Russian bombing in the area for over a month now. You
still need boots on the ground to take those rugged hills and all the caves the
Jihadist have dug in.

That 10,0000 of its most elite soldiers are being kept in Damascus
for the protection of the government -versus being used on the front- does not help them much either. If eastern Ghouta
pocket had been eliminated a while ago, they could have availed themselves of most of these troops for offensive operations elsewhere in the country.

Damascus is a densely populated city and much closer to ISISrael, which has repeatedly used its US-made airforce to support al-QaeDaesh in the Damascus area, than Aleppo. The Syrian army has existed on the verge of being exhausted for several years already; they’d need greater support from their foreign allies to be able to deploy elite troops to cover all the fronts at the same time. Hezbollah can only do so much, they can’t get drawn too deeply into the Syrian battlefield or they risk losing Lebanon, and Iran has a handful in Iraq; Russia clearly doesn’t want to repeat a large engagement like Afghanistan.

Risk losing Lebanon…Not a chance as LH does more for Lebanon socially as they do for Syria militarily. They aren’t just guns they have integrated into Lebanon on all fronts. They aren’t goin anywhere.
As for Syrian army, agreed. Theyve been on the ropes a while. But luckily I suspect they see the light at the end of this miserable tunnel. Tiger forces and other groups aligned but not actual SAA have been so so key to SAA ability to breathe and finally hold ground, not take it and lose it only to have to take it again–Palmyra style.

Russia doesn’t want to give the Syrian military high tech game changing weapons in their own hands – this to prevent upsetting their Zionist friends in Tel Aviv. This war could be over quickly if the proper support was given, but as always: nobody wants to upset “Israel”, especially now that their dream of “The Greater Israel” is dead and buried after this war.

In short: Russia doesn’t want to see the Syrian army become too strong(..)

Excellent news for Syria; US/ISISraeli terrorists will be frustrated they couldn’t “defeat” their favorite Daesh mercenaries, little Raqqah is taking longer to liberate that Aleppo, the US terrorist garbage must be quite busy there getting rid of all evidence of their support for Islamist extremism leading to the creation of Daesh in 2014.

I thought that it took about 4 years to liberate Aleppo, or is that how long the battle has been fought since the beginning?

It’s fantastic that the wheels are falling off the Zio-murica regime change warcrime!! I’d love to see some icing on the cake with a few “errant” shells landing on the heads of US “advisors” ensconced with Jihadi ratbag terrorists.

ISIS had always been the weakest side involved. ISIS was just meant to fill the map in order to US to remove it and fill it after. Just the USA help them to exist and survive.

That’s what the job of these useful idiots.

CIA put more than 1 billion dollars for this war in Syria.

Agree the plan was for ISIS takeover so US can take over from them. 1 billion sounds very conservative. I am sure that 1 billion represents only the overt declared costs of the war. Remember 6.5 trillion went missing from Pentagon coffers!!! I wonder where that has been spent?

Yeah, 1 billion sounds a little low to me! Otherwise I agree.

Deir Ezzor city will be under more pressure as the remnants of ISIS reach there.

I am sure that Russia will have a contingency plan ready to implement when the time is right. Thatdah mountain must be retaken soon I think. Clear it with thermobarics. Big ones.

When Sukhna falls SAA and RUAF should also drop WP on Mt Thardah along with the thermobarics to celebrate. This should light up the area nicely so DAESH dirtbags can see what is going on. 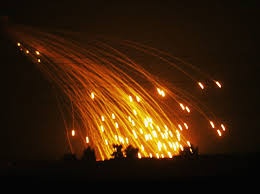 shoyghu knows already about this plan?

Its funny you say that as air portable howitzer systems and other equipment have been seen in Tartus.

How much willy pete can a Tu-22M3 carry? Now multiply this by 10x aircraft, and thats how much we need delivered. Lets show those weasly HATOstani bstardz how to REALLY attack Thardeh mountain.

Not sure that many al-Sukhna goat-rapers will survive to reach DE, or any of the pissant desert towns on road . RuAF and SAAF ground attacks will wipe the rats out as they run across the desert and advertise their position and heading with long dust trails.

If the Syrians really overran a determined defence of the town so quickly, it might be because the reforms of the army are beginning to pay handsome dividends.