On November 3, the Syrian Arab Army (SAA) uncovered several weapons caches during search operations in the newly liberated areas in the governorates of Daraa and al-Quneitra, according to the Syrian Arab News Agency (SANA).

“While the army units and security forces were clearing the liberated villages in Daraa and al-Quneitra, large quantities of weapons, ammunition, medium and heavy shells were found hidden in underground depots,” a source in the SAA told SANA. A day earlier, the SAA discovered several artillery shells and Grad rockets, which were hidden in a shallow lake in al-Quneitra. With help from military divers, the army was able to recover the weapons.

Most of these weapons had been left behind by radical elements. They were likely planning to use them to carry out terrorist attacks in the government-held areas in the future.

Should make a few barrel bombs at least. I wouldn’t want to be the guy that fires one of those big shells.

how incompetent can you get at hiding weapons… they must get back to their Mossad handlers for more training..

FAGOTS left in water do not work as the battery and optics are ruined. Then once again these Sunni faggots are not that bright, the idiot Saddam buried MIG 25 under the sand. 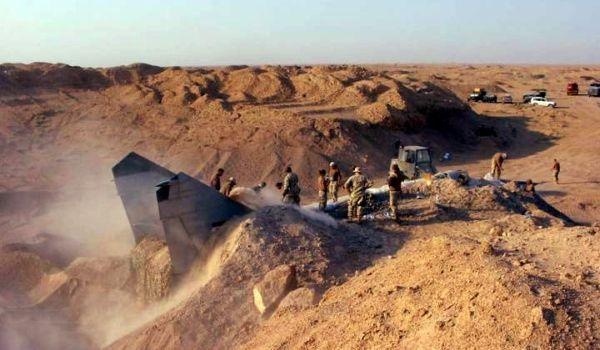 What does ‘ Sunni ‘ have anything to do with it? Or are you implying all Sunni’s are terrorists? There are about 1.6 billion Muslims in the world today, of whom 190 million are Shia, the rest Sunni, so about 1.4 billion Muslim Sunni’s ( as far as I go, there is only ‘ Muslim ‘ , and no such thing as a two-camp Islamic world, that’s what the Zionists try to play on).

Given that, lets say a few million ‘ Sunni’s ‘ are radical Wahabi or Salafi zealots and radicals, that want to seek and destroy whats in their path. That’s about 0.009% of the Islamic world population.

So if ‘faggot Sunni’s’, as you call them, are all terrorists, then this planet would have gone up in smoke 1400 years ago.

Please, stop sprouting Zionist propaganda. Don’t fall for their tricks, of trying to divide and conquer. That’s an old Jewish tactic. But they will never defeat true Islam.

To be fair, it is Sunni/Wahhabi madrassas that are creating regional and global terror, thanks to the Saudi criminal headchoppers who are worse than the Zionist cancer. According to German intelligence BND all the 350,000 headchopping terrorists in Syria and Iraq are Salafists paid for by the Saudis and trained by CIA and MOSSAD. So it is really the Sunnis who have to stand up against the Saudis as the Shia are educated, strong and united.

The sunni/shia division is however a false western narrative.

Thank you. This supposed rift is very old and outdated. It has to do with Islamic jurisprudence on ascendancy of the Islamic community at the time of the passing of Prophet Muhammad. It was long forgotten until the fanatic Muhammed Abdel-Wahab started the Wahabi school of thought , along with the British and Jews in the 19th century. It is a very small fringe school of thought considering the Islamic world numbers around 1.6 billion people.

Saddam did bury both vehicles and planes during DS1, some of the planes got back in the air, if it works it aint stupid.

Billions of equipment, sensors and sattelites defeated by dirt.

Saddam stored his air force in complex, hardened underground bunkers built for that reason by the East Germans. And the East Germans were the worlds best at bunkers etc.

Not all of them got stored properly, alot of them also got flown to Iran, with Iraq hoping they would be delivered back after the invasion, Iran had other plans with the airframes though…

Agree, Germans are well known of their bunker works, just look at the thousands of bunker from the old “Festung Europa”, still sitting there and a pain to remove by the different countrys.

This parking lot seems to be filling up!
Notice the 13 9M111 Fagot ATGM’s, good thing the Jihadist trash had no chance to use them. :)
Seen here in launcher with the red connector cap removed: 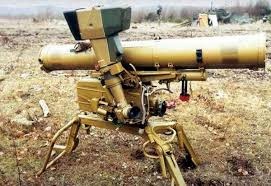 They don’t teach even basic common sense in Wahhabi CIA madrassas. Iraq buried half its airforce in the deserts and the rest fled to Iran :) The billions of dollars the CIA faggots and their Saudi headchopper scum have poured into terrorism in Syria has all failed and ended up arming SAA and Hezbollah instead. Talk about divine justice :)

All these weapons must be delivered back to the nearest US Military base or US Embassy as they are the United States property, and will be regarded as stolen until they are back in storage and duly registered.