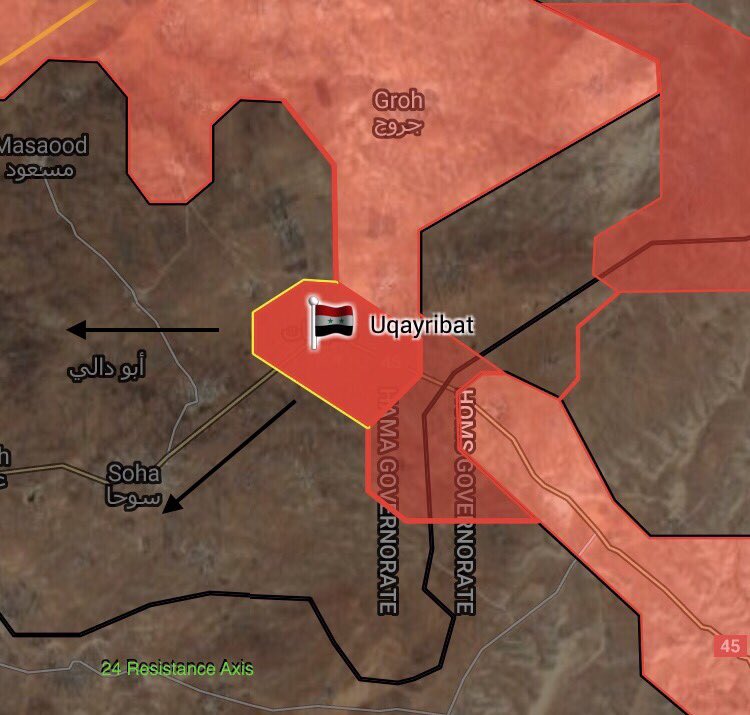 On Sunday, Syrian government forces repelled a large ISIS counter-attack in Uqayribat in the eastern Salamiyah countryside that had been onoing since the army and its allies entered the town on Friday.

According to pro-government sources, the army killed a large number of ISIS terrorists, including suicide bombers, during the clashes in the town.

Now, when the ISIS attack is repelled and the town is secured, government forces can focus on liberating the rest of the ISIS-held pocket in the area. 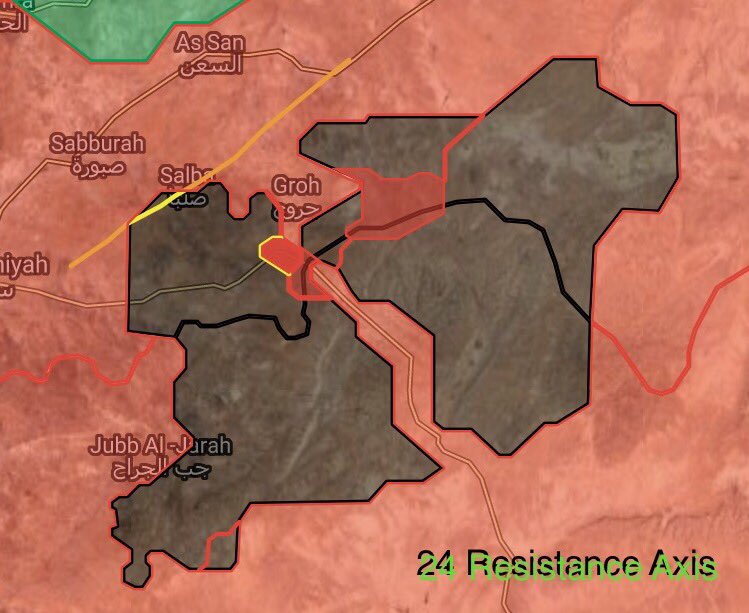 No mercy on ISIS terrorists who used women and children as suicide bombers to initiate a counterattack against Russian, SAA and allied forces that had entered the city.

Part of the pocket that is east of Uqairabat is over 90% liberated already, I believe. Now time for the western part. Well done.

Maybe someone knows what is this yellow line on the map?