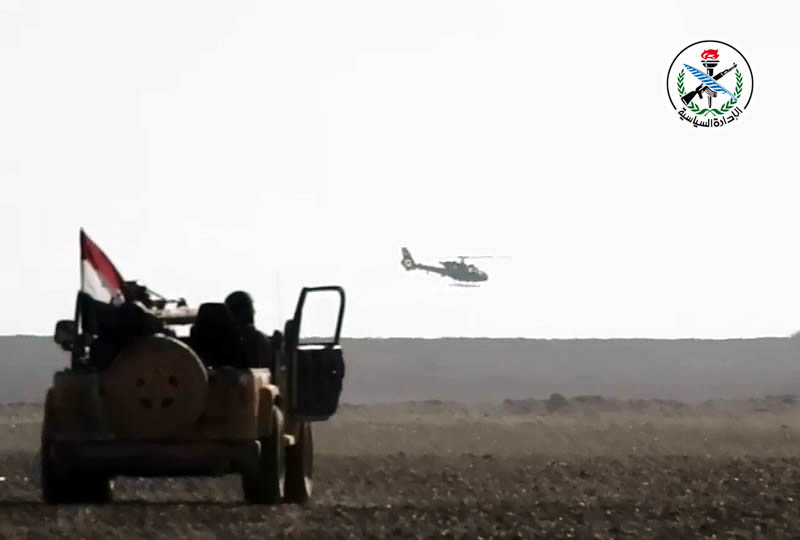 Syrian government forces have liberated a large number of villages and areas from ISIS terrorists in the southern Raqqah countryside, the Syrian Defense Ministry reported on Wednesday.

According to the minsitry, the Syrian Arab Army (SAA) and its allies have liberated the entrie Sabkah pocket, including the villages of Hawija Shnan, Rahbi, Sabkha, Jabaliya and Rabia located near the Euphrates River.

330 vehicles, 3 battle tanks, 11 artiller pieces, 5 machine guns, 12 headquaters and 3 weapons and munition depots belonging to ISIS were destroyed during the operation in the area, the ministry added.

“330 vehicles, 3 battle tanks, 11 artiller pieces, 5 machine guns” … That’s a LOT for some ragheads defending only one position. Seems that SAA deserves applauses for the good and hard job.

I think they brought it from their withdrawals from different front lines. Now they trapped and had no time to bring it into Deir Ezzor.

Or to put a positive spin on this, they didn’t have enough drivers to drive them away! ;)

Several villages were mentioned, no doubt, many are the ISIS iconic Toyota trucks.

Could have been their dept. of stolen motor vehicles (DSMV) was located there.

I guess they didn’t have the opportunity to seize them instead!

Great job of Syria-Russia-Hezbolah-Iran army, congratulation, but this is just the beginning of other part of the war, do not be so confident and underestimate the terrorists. It looks like better air-Russia support were done here,