On July 18th, Armenian Prime Minister Nikol Pashinyan tated the need to create an international monitoring system for the observance of the ceasefire regime on the border with Azerbaijan.

The European Union suggested the return of Organization for Security and Co-operation in Europe (OSCE) observers.

In his speech, Prime Minister Pashinyan touched upon the escalation of the situation on the Armenian-Azerbaijani border in recent days. In particular, the Prime Minister noted:

“The purpose of our meeting today is to discuss the operational situation on the Armenian-Azerbaijani border. However, before that, it must be clearly stated that the military-political situation in the region has become tense due to the aggression of Azerbaijan against the sovereign territory of the Republic of Armenia.”

Speaking about the ongoing conflict with Azerbaijan, Pashinyan stated the need “to get out of the circle of constant allegations of ceasefire violations”.

“As for further actions, our position remains the same,” the prime minister said.

According to him, it is necessary to continue the negotiation process within the framework of the co-chairmanship of the “Minsk Group” of the OSCE, “and Azerbaijan must finally take a constructive position.” Pashinyan also commented on a statement by Azerbaijani Defense Ministry spokesman Vagif Dargyakhly who claimed that Azerbaijan was prepared to strike a nuclear power plant near the Armenian city of Metsamor.

Pashinyan said that these words are a threat to commit a terrorist attack and should receive an appropriate international response. He did say that Armenia could guarantee its own safety and that of the nuclear power plant.

He further commented that in recent months, the long-standing militaristic rhetoric of Azerbaijani President Ilham Aliyev has intensified, and he more aggressively threatened to resolve the Karabakh issue by force, openly demonstrating his intention to ruin the ongoing talks under the OSCE Minsk Group co-chairmanship.

“Against this background, President Aliyev’s claims about the strength and invincibility of the Azerbaijani army was developing, which was an attempt to justify the billions of dollars spent over the past decade and a half under the pretext of developing the army, which did not serve to increase the well-being of the Azerbaijani people.”

At the same time, Pashinyan claims that Armenia would receive international support, which is puzzling. Turkey is Azerbaijan’s greatest ally, and is a key NATO member, so no Alliance support is coming for Armenia, which considers itself a partner state.

Armenia’s greatest ally and guarantor of sovereignty is Russia, which Pashinyan’s government has attempt to push away in recent years.

On the ground, along the border, there’s little violence with the conflict simmering.

The Armenian side reported that the night on the border passed quite calmly, but the Azerbaijani side “violated the ceasefire several times, opening fire from small arms at the positions of the Armenian forces”

On July 19th, the Azerbaijani Ministry of Defence issued a statement, reporting that the “military units of the Armed Forces of Armenia violated ceasefire 70 times throughout the day in various direction of the front, using large-caliber machine guns and sniper rifles”. According to the ministry, Armenian forces fired upon Zamanlı in Gadabay.

The Armenian side also said that ceasefire was violated about 70 times by the Azerbaijani side, but that the situation was relatively calm.

The enclave of Nagorno-Karabakh held a referendum in 1991 where the people chose independence from Azerbaijan and self-declared the Republic of Artsakh. Artsakh includes Nagorno-Karabakh and seven surrounding districts which accounted for about 30% of Azerbaijan.

Armenia has supported Artsakh both militarily and economically because it is populated by an Armenian majority and because of the UN principle of self-determination. The only interest for the Azerbaijanis is the integrity of their territory hence the need to ethnically cleanse the area of its Armenian population in the same way that Ukraine attempted to cleanse the Donbass of ethnic Russians to maintain the integrity of its territory.

The attacks by Azerbaijan are war crimes. Will the perpetrators go before the ICC?

Stop crying, Armenia needs to stop its provocations against Azerbaijan.

Azerbaijan is Israel’s friend, so yes I do support them.

Sure, ISIS is our friend. Who else ranger? name them all.

Its a short list :)
CIA/isis, few neo trotskyite groups.
Thats about it.
Not sure about ukropnazis…
That would be the icing on the cake.
Supporting the same nazis whos grandparents killed jews in Ukraine, Galician Waffen SS Einsatzgruppen…

Turks are deploying a 300 strong headchoper unit from Syria with the approval of the Azeri govt.
Also they made threats blowing up an Armenian nuclear reactor.
Yeah thats pretty radical I would say…

Can you give me a source for the first claim?
I heard the second and yes, that is radical, but there is nothing about religion…

I hope both links went through…
Given Turkeys history in relation with jihadis in Syria and Lybia I would say the rumors are true eventho they deny it.
Of course they do…

First of all I am Turk.
I chekced your links, but there is nothing to prove your first argument… “Fırat News Agency” cailmed what you have said and Azeri government denied, it seems that’s all. That agency is known with false news. If you can look from an objective perspective you can see it.

Im objective.
I see that Erdogan wants to reestablish the second Ottoman Empire.
I also see their meddlings in Syria, Iraq and Lybia.
Even in EU countries like Germany and Austria.
Anyways thanks for being polite.
Have a nice day.

Yes, however, I am not arguing with you about the Turkish foreign policy. I just see “syrian mercenaries in Azerbaijan” impossible. Even if both of the governments accepts this,people will reject such an incident. Turkey literally brother nation of Azerbaijan, of course these kinds of supportive announcments will be made, but sending Syrian merc. into Azerbaijan is irrational and has no benefit for both countries at all.

Clashes in the Azeri-Armenian border always happened and it seems that, it will happen in future too, those so called agencies just trying to escalete the tension.

You have a nice day too.

Just a question, wasn’t nuclear plant threat a reply to the dam blowing by Armenia first?

Dunno.
I never heard about that threat.
If so its still dumb.

Bingo.
After the dissolution of the Soviet-Union everybody could vote to leave and have its own country but some groups thought they are more equal than others and could opress them because they are weaker.
Thats not how it works, thankfully.
South Ossetia was terrorized by Georgia.
Georgia lost.
Crimea was terrorized by Ukropisstan.
Ukropnazis lost.
The list goes on…
Azeri Turkisis will lose as well. 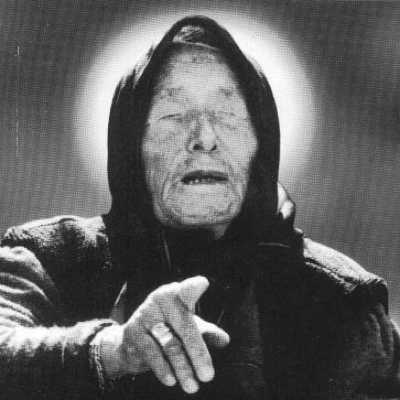 Your Mom?
She is handsome…

I wish. I agree, too pretty, and very accurate

Wrong thread mate. This article or the recent escalation has nothing to do with Nagorno Karabakh.

It has everything to do Nagorno Karabakh.

if you say so

Azerisis will cry and rage :)

So Tonoyan guy successfully delayed his job termination it seems:)))

yes i hope russia comes to its defense