On November 5, intense Azerbaijani strikes targeted a headquarters of Armenian forces in the disputed region of Nagorno-Karabakh.

In an official statement, the Ministry of Defense of Azerbaijan claimed that the headquarters was “seriously damaged” as a result of the pinpoint strikes.

“The headquarters of the 7th mountain rifle regiment of the 10th mountain rifle division of the Armenian armed forces in the village of Tonashen, barracks, vehicles loaded with ammunition and other military infrastructure were destroyed by artillery strikes,” the statement reads.

The Azerbaijani MoD also released a video of the strikes. The video, which was taken by a drone, show several direct hits on the headquarters.

The headquarters was likely targeted with precision-guided rockets and missiles, like the Israeli-made LORA, EXTRA and ACCULAR systems operated by the Azerbaijani Armed Forces.

Azerbaijan is escalating its operations in Nagorno-Karabakh. Baku’s forces are advancing in the southern part of the region. However, Armenian forces are holding onto their positions in the eastern and northern parts, where they are showing fierce resistance.

Another stupid post another useless unrelated video. What use is there on this site for this fool? 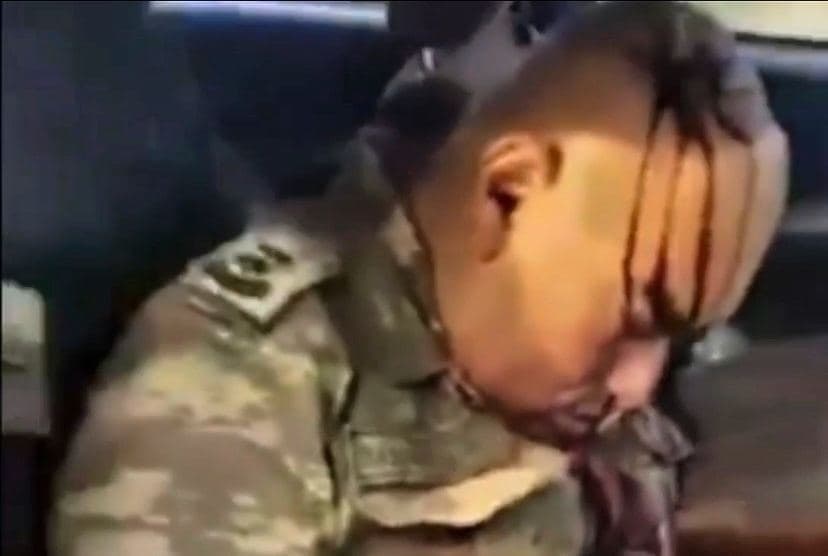 Get serious … little one 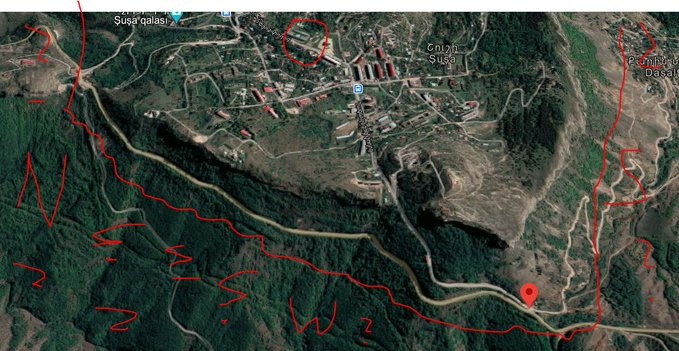 So now the northern front gets activated. How are Armenians supposed to defend all this with both of the supply lines cut off as well?

Northern front?…if AZ troops are unable to retake the Lachin corridor after 2 weeks….they only send small scout troops there and Syrian terrorist and both use to turn in food for wild pigs…

oki:))) Believe in whatever you want. longer you stay bling longer it will take for you to recover from reality:))) More the enemy is underestimated easier it is for the enemy to accomplish its mission.

Azerbaijan tactically announces the acquired territories in 10 days !!!!
Make sure that Lachin and Shusha are already in the hands of the Azerbaijani army.
Not much, be patient for 3 days, you will witness everything yourself on November 9-10 !!!! November 9 is the holiday of the flag of Azerbaijan !! That day will be great !!!!!! ….

Armenian bastard, how are you today?
If you come to Shusha, we will prove everything to you like a dog !!! If you have the courage !!!
Shusha is already ours, Karabakh is Azerbaijan !!!
Reject Armenians from Azerbaijani lands!!!

Azer is very smart to to this, use superior numbers of Azer troops to attack all fronts at once. Then Armenia can’t focus on retaking the Lachin area and Armenia uses up all their remaining ammo and supplies rapidly.
Now that the NK command has been taken out it will wil be hard for NK to command and control what is left of its army and hard react to new attacks, breakthroughs by Azer etc as well before its to late.

Interestingly Armenians are making the same mistakes Azeris were making 30years ago. And the power ratio is different as well from that time.

Wonder how many of the officers were killed. 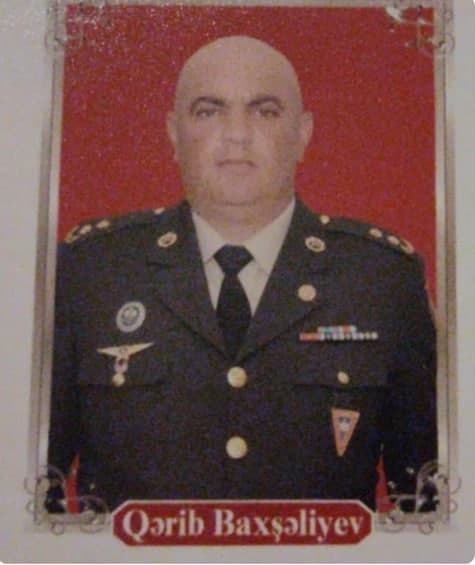 Azerbaijan has prepared 100,000 generals for this war. They will be martyred for the homeland, but they will not run away.
They are Armenian officers who sent their children, women and prisoners to the front and now flee to Yerevan. They cannot be called generals, colonels or commanders!
It is already in the hands of the Azerbaijani army in Lachin and Shusha.
All high-ranking Armenian servicemen have perished and are looking for holes to hide in the remaining mice.
Congratulations on your defeat !!!!!

This won’t end well with major players such as Iran, Turkey, and Israel all lined up to fuel the conflict further, destabilizing the region.

It’s like Satan’s taken over the world. No wait, it’s just our global leaders and their intrinsic intent to gain more power.

UAE pockets are deep but are they deep enough to pull Armenia out of the quagmire it’s very quickly finding itself in, I think they will be.
Just as in Syria most ignorant people have no idea who the main players are here in Nagorno-Karabakh, most people assume it’s Russia and Turkey, Iran and the US, but if they actually bothered to find out the truth they’d find the main protagonists are actually the Arab league and the Muslim Brotherhood.
The UAE has deep pockets and the Armenians really need their support, so I suggest people start paying attention to where most of Armenia’s support is actually coming from now, it’s time to start following the money trails to discover the real truth, and I’ll bet the biggest investors in Armenia are currently the UAE and the biggest investors in Azerbaijan are currently Turkey and Qatar [Iran would too but they have no money to spare].
……

“While some media outlets claim Turkey is sending Syrian mercenaries to fight for Azerbaijan, Ankara strongly denies this. Yet Foreign Minister Mevlut Cavusoglu said last week that Turkey would “do what is necessary” when asked whether Ankara would offer military support if Baku asked for it.

This could trigger a response from Ankara’s adversaries, namely the United Arab Emirates (UAE) and Saudi Arabia. Both Gulf states perceive Ankara’s assertive foreign policy as a threat to their hegemonic ambitions in the Middle East and North Africa, which are mostly prompted by counter-revolutionary and anti-Islamist agendas.

Abu Dhabi particularly holds enmity towards Ankara, as Turkey has jeopardized its ambitions in various countries, including Syria and Libya, and therefore aims to undermine Turkey wherever it can.

Abu Dhabi also moved closer to Bashar al-Assad’s regime in Syria last March, amid Turkey’s military campaign against Assad in support of the Syrian opposition. The UAE largely sought to merge Haftar and Assad into a unified anti-Turkey front.

In the Horn of Africa, the UAE, and to a lesser extent Saudi Arabia, has also tried to weaken Somalia’s central government since 2017, partly due to fears that Mogadishu was too close to Ankara. Abu Dhabi has since backed the autonomous government of Somaliland.

Even in the Balkans, the UAE’s investments with Serbia have soared since 2008, while it still retains colder relations with Bosnia, which is closer to Turkey, showing competition between Ankara and Abu Dhabi there.

Meanwhile, the UAE has developed stronger economic and defence relations with Armenia after various mutual visits between ministers over the last decade, as Abu Dhabi became an expansionist power. This indicates the UAE also seeks greater influence in the Caucasus region, and bolstering ties with Armenia could be a part of this.

Last February, Armenia’s Minister of High-Tech Industry Hakob Arshakyan led a delegation to the UMEX and SimTEX 2020 exhibitions in Abu Dhabi. Mohammed Ahmed Al Bowardi, the Minister of State for Defense of the UAE met with Arshakyan, and they discussed strengthening cooperation in both countries’ military industries and defence sectors.” 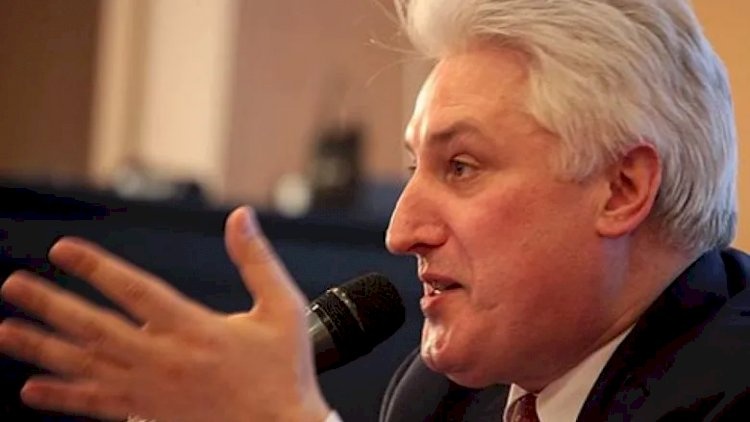 He said that he asked on social networks which of the children of the leaders of the Armenian diaspora went to fight on the Karabakh front. However, no specific answer was given to him, instead, only insults and curses were heard:

Such people were immediately sent to the “ban” for life. The situation is the same: they do not want to fight in Karabakh, but they call on Russia to fight for them in Karabakh.

If Armenia is a sovereign and independent country that occupied 20 percent of Azerbaijan’s territory in the 1990s, fight and defend these territories on your own (Pashinyan said Karabakh is Armenia).

If you cannot keep these territories for yourself, then sign a peace agreement with Azerbaijan on the terms of four well-known UN resolutions on Nagorno-Karabakh.

By the way, in Yerevan they said that in the event of a new war, the Armenian army will reach Baku! Well, go ahead! But instead of hearing the news about the victory of the Armenian attack, we hear something – sorry, but I will say it as it is – constant screams about “Turkish special forces” and “black mercenaries” – but we do not show the bodies – obviously their bodies are like “Syrian terrorists” in the Araz swamp. ate pigs.

Russia is not to blame for your failures – you are to blame, dear Armenians. Instead of sitting in trenches on the Karabakh front, you are on Facebook, Twitter, Telegram – this is your choice. You made this choice yourself.

Corruption and theft of public money under Serzh Sargsyan, a monument to Hitler’s protégé Garegin Nzhden in the center of Yerevan, the largest US embassy in the post-Soviet space, the “color revolution”, Pashinyan and his comrades, countless American NGOs, the CSTO. The Khachaturov case), the removal of Russian TV channels from free broadcasting in Armenia, the persecution of Russian business, the purge of pro-Russian politicians and the Constitutional Court of Armenia – you did it yourself!

Therefore, fight in Karabakh yourself, especially the Supreme Commander-in-Chief Pashinyan – this is your war, not ours!

Nothing personal – only Russia’s national interests!

I have repeatedly asked Armeniganda spreading troll Death To Turks here why it isn’t going to fight instead of hiding behind its keyboard spreading racist abuse. Still haven’t got an answer.

There is only one job they can do very well, and that is prostitution!