On November 7th, the Azerbaijani Armed Forces resumed their advance in the disputed region of Nagorno-Karabakh, capturing 16 new settlements from Armenian forces.

In an official statement, President Ilham Aliyev confirmed that his troops had entered the following settlements:

Earlier, the Ministry of Defense of Azerbaijan claimed that heavy human and material losses had been inflicted on the Armenian 6th Mountain Rifle Regiment, the 3rd Artillery Battery, the 22nd Special Forces group and the 178th independent Reconnaissance Battalion.

For the last two days, the fierce resistance of Armenian forces prevented Azerbaijani troops from making any gains in Nagorno-Karabakh.

Azerbaijani forces are currently situated less than 6 km to the south of the city of Shushi and at least 10 km away from Stepanakert city, the capital of Nagorno-Karabakh. 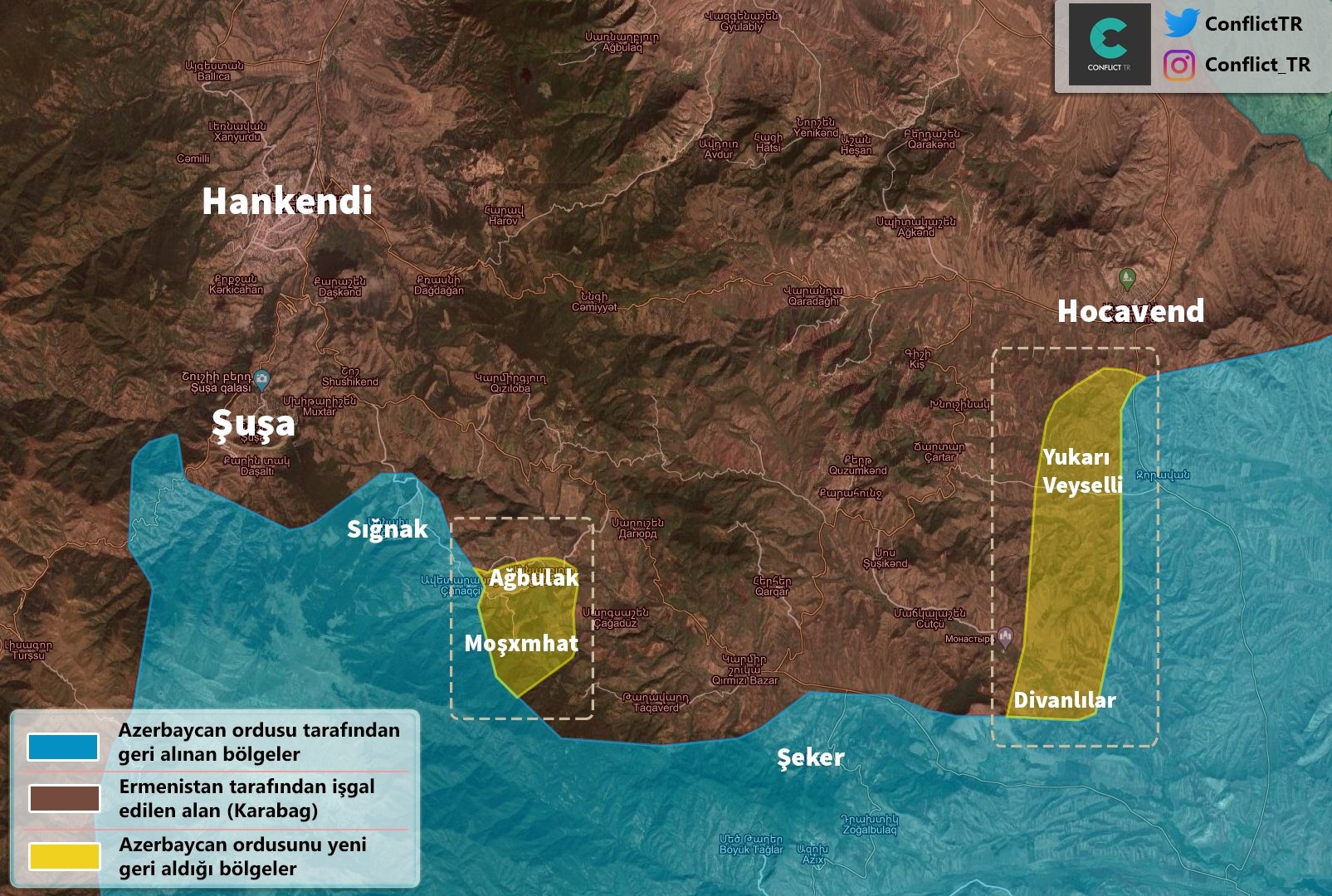 armenians are praying for russian intervention

Toork scum have lost at lest 11 high ranking officers confirmed today alone. The only one praying are the turks! Except they don’t answer praying in Hell!

I don’t think so…Biden won the election as of now….NATO-Zion block would be happy to see their freedom fighters in N-K.

Decreasing number of pro-Armenian comments kinda shows that the reality started to sink in. They moved on from denial stage.

they are in deep depression:))…it must be hard for them to get used to azeri victories…their only hopes are some news about ambushes which have no significant effect or meaningless news implying russian/iranian intervention…no its not happening in the near future xD 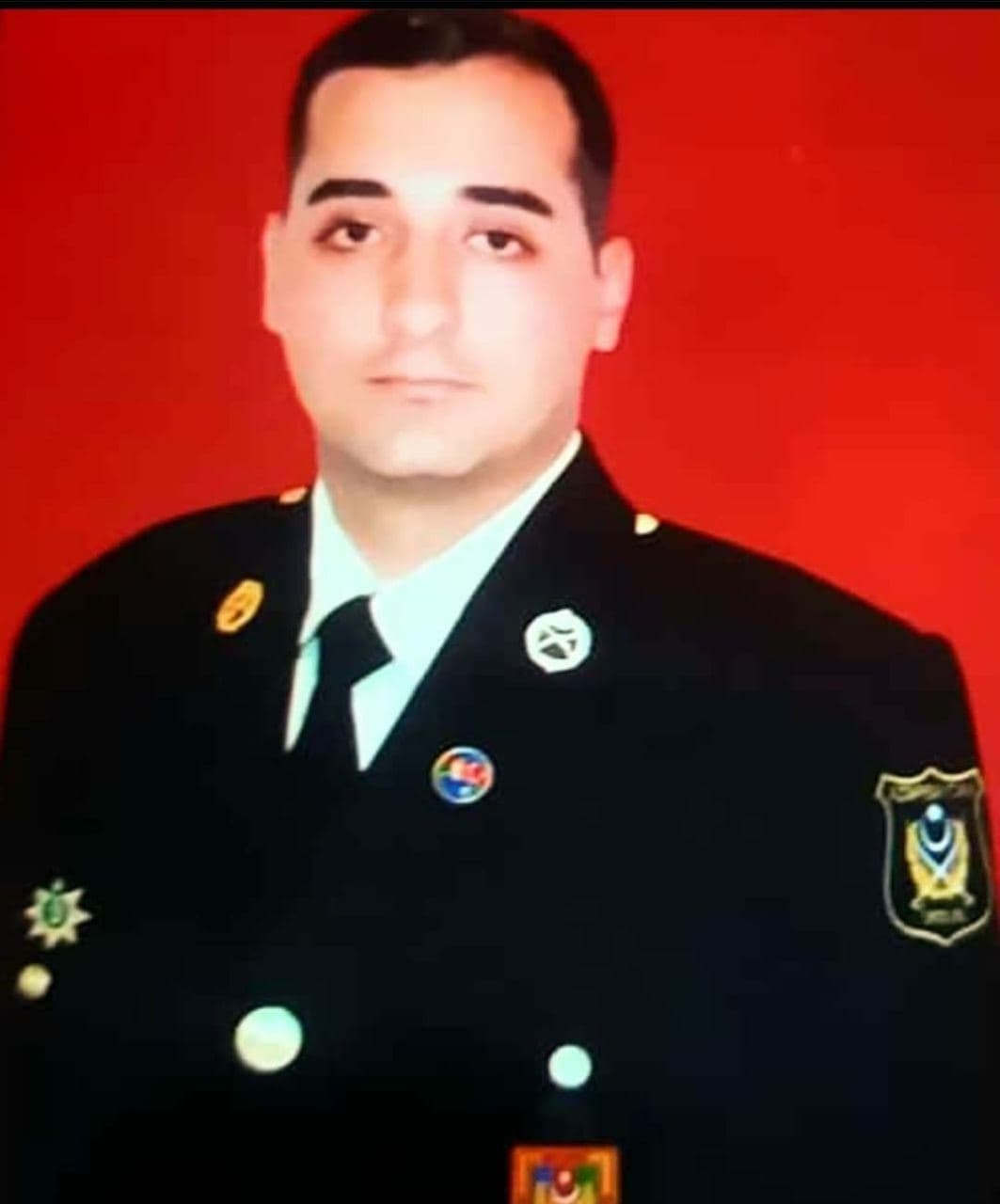 They are too stupid to know! Here is another siktirigi that is KIA another high ranking officer.

Love the sentence: “Azerbaijan failed to win in the ground and like cowards are killing the Armenian soldiers with drones”
With that logic all countries must move back to bows and arrows:))))))

Going all according to pashinyan plan huh? and when this is all over i’m sure they’ll claim how Russia betrayed Armenia and it was the right move to go to the west

The Objective
Reply to  Kamīrusan

which is a good thing for all

Turkey will never let Armenia join ZATO and if they try more crap Russia and Iran will give Azer the green light and also them to take what is left of rump Armenia.

Today is another glorious day of battle. Where the Armenian shows what he is made of. The following list is high ranking Azeri’s that are to put it in mildly KIA. In reality we all know that pigs find them very tasty.

The Objective
Reply to  Smedly

Even if you tell the truth, ten people is worth the gain of liberating 16 villages

Smedly
Reply to  The Objective

LOL 16 villages, what daydreams have you come from. These are only the officers dumbass, not the rank and file.

16 villages…ROTFLMAO Keep coming and I will continue to post more KIA’s It has gotten so bad they are making up names of villages that don’t exist. You people are beyond stupid!

How many Armenians died in the same time frame ?

Are you this stupid? This are high ranking officers only! Not regular troops. Hundreds more are pig food you moron!

Answer the question or STFU . Thanks

You STFU and say hello to your mom while you are at it!