The Azerbaijani-Turkish bloc has been pressuring Armenian forces in the directions of the Lachin corridor and the town of Shusha in the Nagorno-Karabakh region:

When a number of prominent media outlets &politicians confirm the presence of terrorists fighting for #Azerbaijan,official Baku tries to prove that those are actually fighting within the #Armenia'n armed forces,presenting ridiculous "evidence".Let us watch another propaganda fail pic.twitter.com/w9kvC8WvWy 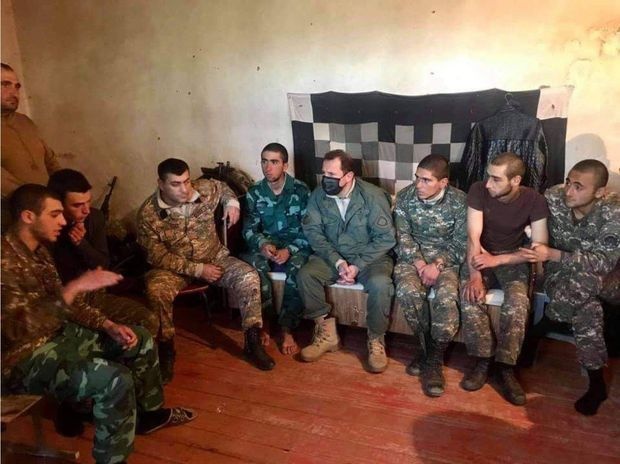 Why are they wearing sandals? no money for boots.

Armenia has regained initiative in this conflict.

Really? Didn’t heard Armenians started counter offense. Azeris now entered a very tough terrain. They can’t use heavy equipment there. So, logically Azeris have to act using small and very good equipped units on the ground with really intensive air support. By military logic Azeris doesn’t have to storm Shusha or Stepanakert but cut all the main supply routes to these cities. At the moment Azeris will cut Lachin rout it will be the beginning of the Artsah end. With cutting the supply route north from Stepanakert the destiny of Artsah is doomed.

America is coming back into the fold of civilization.

Rejoice civilized peoples of the world.

We are watching here in the US Biden win and get rid of that Muslim- and Jewish-cock-sucking Trump animal.

You Turkish, Azeri, Jewish and Wahhabi ISIS Muslim dogs, you are losing!

Erdogan, you piece of shit Muslim dog, you just murdered thousands of Christian Armenians and that seals your faith which is going to be WORSE than Gaddafi’s.

You wanted to destroy NK and take over Armenia,

Now watch as your own abominable country gets destroyed and divided among its indigenous people.

It’s your time to die an ignominious death.