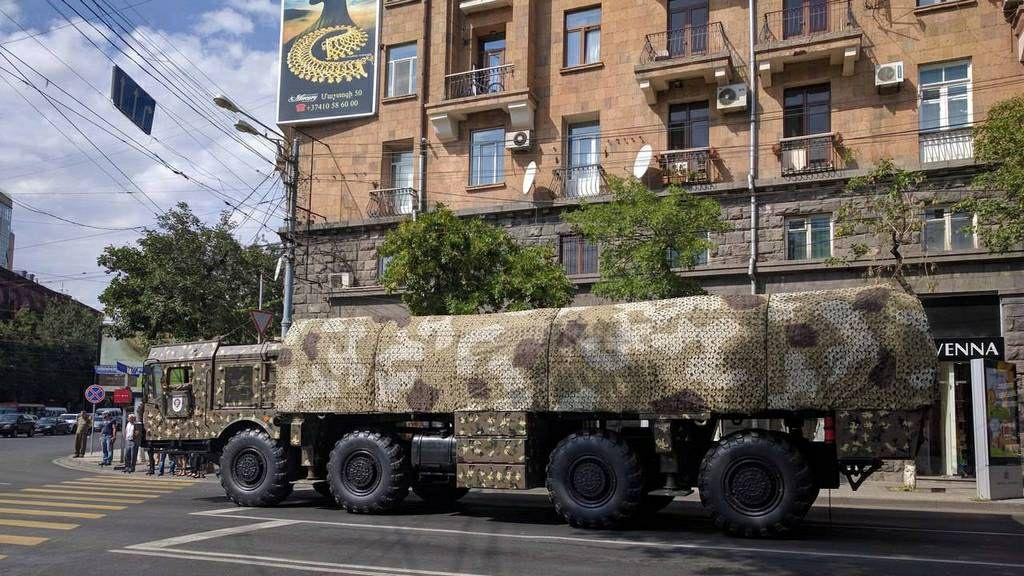 Armenia may use its Iskander short-range ballistic missile systems against Azerbaijan in Nagorno-Karabakh if Turkey begins using F-16 fighter jets to carry out attacks on Armenian forces.

This was announced by the Armenian Ambassador to Russia Vardan Toganyan.

The diplomat also clarified that “so far, the air defense systems in service are sufficient to eliminate Turkish drones.”

“The military leadership has repeatedly stated that if the sword of Damocles in the form of Turkish F-16s hangs over the people of Nagorno-Karabakh, all measures will be taken, including the Iskander. That is, the Armenian Armed Forces will have to use their entire arsenal to ensure security,” Toganyan added.

Back in 2016, Armenia became the first country where this operational-tactical complex was supplied.

Earlier, the spokesperson of the Armenian Defense Ministry Artsrun Hovhannisyan noted that, if necessary, Yerevan could use Iskander, and Baku, in response, promised to prepare an “adequate response”.

Such a development of the situation is rather unlikely, as it would mean Turkey’s open entry into a full-scale military conflict. 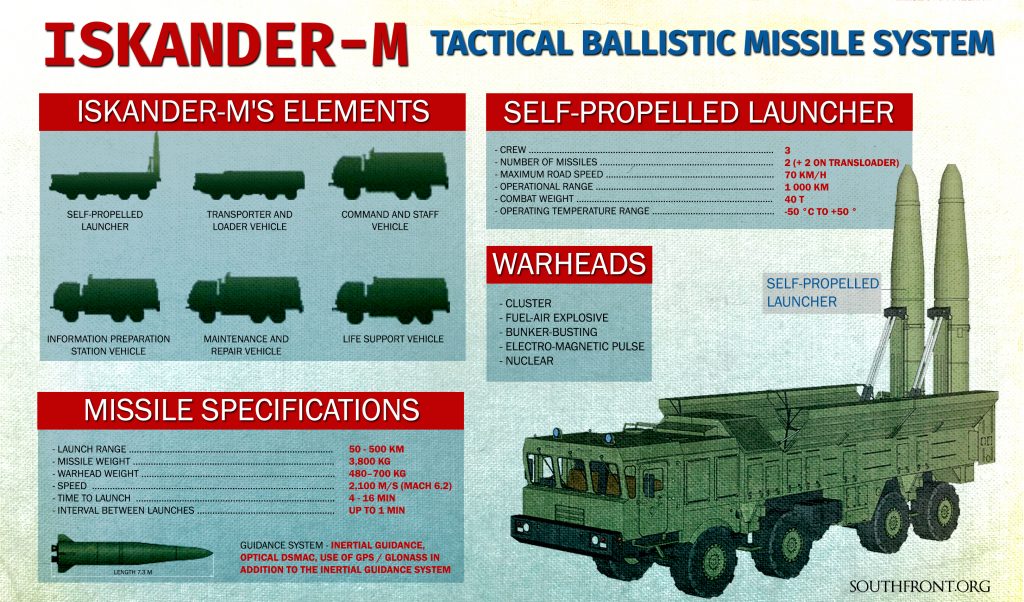 In addition, it is reported that Armenia did not turn to the CSTO after the aggravation in Karabakh.

“We have always advocated and continue to support a peaceful settlement of the conflict. The OSCE Minsk Group is an internationally recognized mechanism for resolving the conflict in Nagorno-Karabakh,” said CSTO Press Secretary Vladimir Zainetdinov.

At the same time, experts emphasize that assistance through the organization is provided in the event of a military threat to the participating countries (and hostilities are not conducted in Armenia itself).

Armenian President Armen Sarkissian has accused Turkey of directly providing Baku with military-grade drones, mercenaries and even the F-16s. Azerbaijan maintains that Turkey is not taking part in any fighting in Nagorno-Karabakh. Ankara has openly supported the latest offensive launched by Azeri forces on Sunday, despite numerous calls from its allies in the US-led NATO alliance to show restraint.

The 9K720 Iskander (SS-26 Stone in NATO nomenclature) is a mobile, short-range ballistic missile system of Russian design, in service with the Armenian military. Yereven has said it was open to deploying the Iskanders, as well as Su-25 ground attack jets, if it became necessary to match Azerbaijan’s escalation in the ongoing conflict over the disputed region.

Poor people kill each other for the games and entertainment of the rich, a sad fact always present in the history of peoples.

That is how the military-industrial complex and global Jew banksters work, misery for all while they line their pockets.

Yes, long gone are the days when Kings and even Queens rode in front of their subjects into battle.

Russia has pledged to provide more military assistance, if needed. So far the Azeri-Turk offensive has proved to be a dud.

Things must be very bad for Armenia that they are thinking of using Iskander (their last resort). 70km to capital of Armenia from Azerbaijani missile groups in Nakhchivan, and 24/7 flying Turkish drones would be guiding the strike. Lets get it done, shoot with Iskander.

No its a threat to Turkey,” mind your own business and gtfo”.

Turkey has the resolve to fight a hard war. But Russia does not. This is the difference.

Armenia is fighting in another country. But Azerbaijan is fighting to get back its own country. This is another huge difference.

This is why Russia is losing in Libya.

Armenian troops need to get out of Azerbaijan into Arminian proper.

It is the Libyans who are loosing in Libya.