On the morning of October 28th, Armenian Ministry of Defense spokesperson Shushan Stepanyan claimed that Armenian forces had downed another Azerbaijani UAV.

A video and a photo were also shared. Armenia accused Azerbaijan of continuing its attacks despite the humanitarian ceasefire, which appears to be entirely ineffective.

“In the evening [of October 27th], the adversary continued to fire at peaceful settlements: particularly, Martuni and villages in the upper sub-district of the Askeran region, were targeted.

Currently, battles of local significance are taking place in certain sections of the front line. The Defence Army continues to destroy the subversive groups of the adversary,” the Artsakh Ministry of Defense said.

Armenian Prime Minister Nikol Pashinyan gave an address to the people regarding the war.

“For a month now, the Turkish-Azerbaijani terrorist forces have been waging a war against the Armenians of Artsakh. They attacked with tanks, artillery, Turks, Pakistanis. They wanted to capture Artsakh in a short time. But Artsakh, though wounded, survived. Armenians of Artsakh, all Armenians will fight for Artsakh to the end. Each counterattack will be devastating for the enemy. To win, every order must be executed without discussion. We need pan-Armenian consolidation. The fate of the Armenians is at stake. We cannot afford the loss of Artsakh. News about the fall of Artsakh awaits every minute in Azerbaijan. But they won’t get it.

Yes, we have opponents. But we also have friends who stand by our side. Artsakh has enough weapons to fight. Yesterday’s speech had two goals: to show the world community the constructive position of the Armenian parties and to demonstrate the determination of the Armenian people to fight for their rights. Let’s agree that we will not be afraid of anything. International actors know and declare that the aggressors are Turkey and Azerbaijan. Azerbaijan’s refusal to make mutual concessions legitimized our right to fight to the end for our rights, for our freedom. Armenian people – you are the winner. Go and take your victory. The government elected by the Armenian people will not retreat one step from achieving this goal,” Pashinyan vowed.

On the Azerbaijan side, it accused Armenia of violating the ceasefire.

“Armenian armed forces fired at our human settlements and positions of our units located on the Armenia-Azerbaijan state border using small arms at different times of the night and morning on October 28.

Thus, the territories of Tovuz, Gadabay, Dashkesan, and Gubadli regions of Azerbaijan were fired upon by the enemy from the territory of Berd, Chambarak, Vardenis, and Gorus regions of Armenia.

From 07.35 to 09.00 in the morning, the territory of the Aghjabedi region came under fire by the enemy.”

And there was another statement, just minutes later.

On October 28 at 10:15, the enemy fired at the Terter city and the territory of the region from the “Smerch” MLRS. No one was injured.”

According to Azerbaijan, Armenian forces withdrew from the fights near Gubadli and abandoned a fair bit of equipment, as there’s a video of it being captured.

According to the Azerbaijan Ministry of Defense, during the day on October 27 and night on October 28, units of the Armenian Armed Forces, which did not comply with the humanitarian ceasefire regime, fired at the positions of the Azerbaijan Army units in various directions of the front and human settlements near the frontline using various types of weapons.

The combat operations continued mainly in the Aghdere, Khojavend, Fizuli, Zangilan, and Gubadli direction of the front. The enemy attempts to attack were resolutely thwarted, and they retreated suffering losses.

Armenia, Azerbaijan Announce They Will Only Agree To Ceasefire That Allows Them To Still Shoot Missiles At Each Other (Unfortunately, this is a satire that matches reality) :
https://twitter.com/TheOnion/status/1320832329951170560 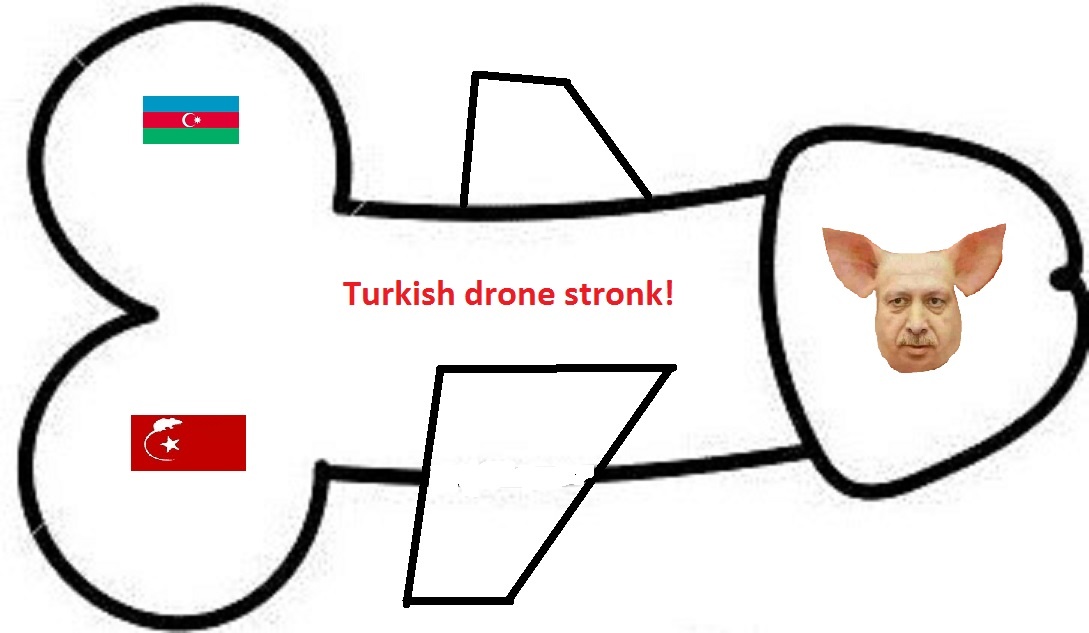 It is usual Parshinyan talk again. It is good that Pakistanis are involved too. So all the Muslim world is against Armenians?

So if the Armenians want to continue to support their elected leader, then go to the front and die for Parshinyan.