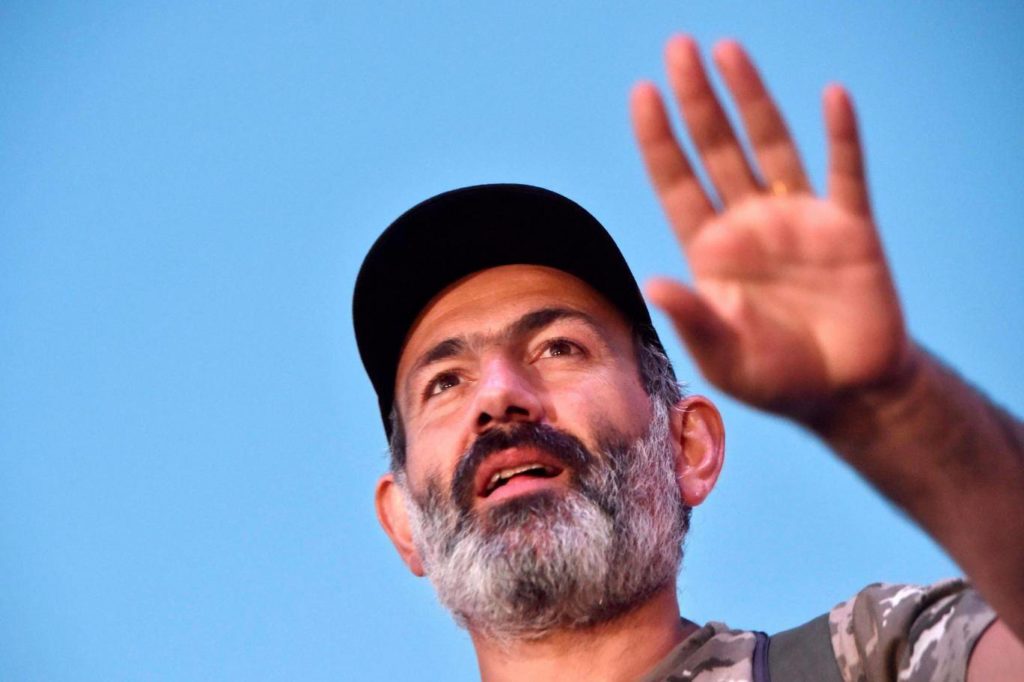 “As for the [RPA NA] faction’s view that we will support the PM candidate who has the [respective] signature of the one-third [of the MPs] and it shouldn’t be allowed that Armenia has a political crisis and we will have a PM on May 8, everything is said in that address,” Sharmazanov stressed.

On April 23, Prime Minister Sargsyan resigned amid anti-government protests. The opposition demanded to carry out parliamentary election to hand over the power.

On May 1, the NA did not elect Prime Minister. The only candidate Nikol Pashinyan (opposition movement leader) gained 45 for and 56 against votes. The parliamentary majority faction of the ruling RPA voted against Pashinyan.

Subsequently, Pashinyan called on his supporters to resume their campaign of civil disobedience. On May 2, protest actions were taking place in several towns of Armenia. There were demonstrators in Gyumri, Vanadzor, Hrazdan. Many main streets in Yerevan were closed off by protesters. However, after the RPA’s allegation in support of the election, Pashinyan called to unblock the streets.

On May 3, Nikol Pashinyan was renominated as a prime minister candidate with the signature of 41 deputies. The “Tsarukyan” and the Armenian Revolutionary Federation (ARF) Dashnaktsutyun Party factions announced that they would support Pashinyan’s candidacy. The parliamentary majority faction of the ruling RPA stated that it would not nominate its own.

“We have absentees who are abroad,” Zohrabyan said. “But taking into account [the respective] signatures of [the] Yelk and the [Armenian Revolutionary Federation] ARF [Dashnaktsutyun Party [factions], I believe the ‘Tsarukyan’ Faction’s signatures are more than enough to ensure the one-third.”

On May 8, a new voting on the Prime Minister candidacy will be held at the NA, during which the respective candidates can be nominated by at least one-third of the total number of votes in the 105-seat parliament. If the prime minister is not choosen this time, too, the current NA will be dissolved by law. Subsequently, a snap parliamentary election will be conducted.

I smell new food and Humvees coming to Armenia soon. I am amazed that Russia would let this happen.