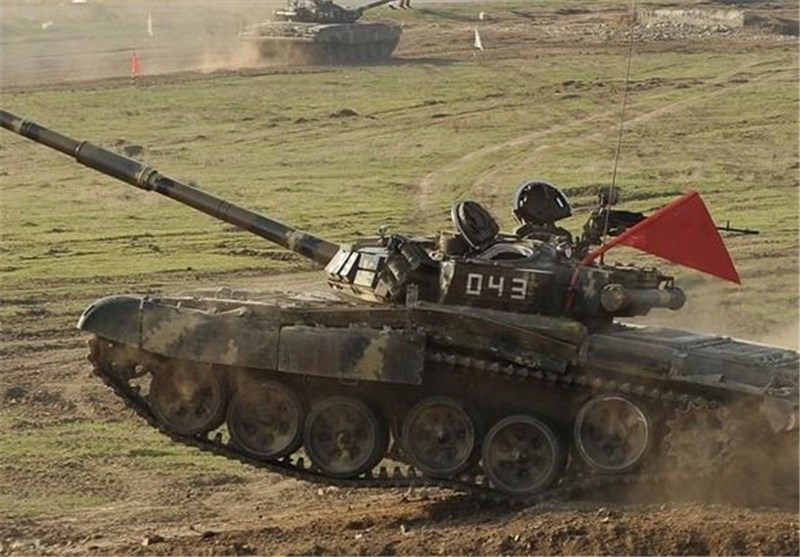 In mid-July 2020, the conflict between Armenia and Azerbaijan has escalated sharply, with clashes and casualties reported on both sides. While both sides make loud statements and promise to ‘defeat the enemy’, the prospects of the possible open conflict between the countries in the current conditions are not in the favour of Armenia. During the past years, the Armenian leadership contributed a lot of efforts to undermine its relations with its main military ally, Russia, by providing an anti-Russian foreign policy and trying to become ‘closer’ with the United States and NATO. However, it’s open secret that the US and NATO will provide no real military support to Armenian in the event of the conflict with Azerbaijan and its main ally and another NATO member, Turkey. 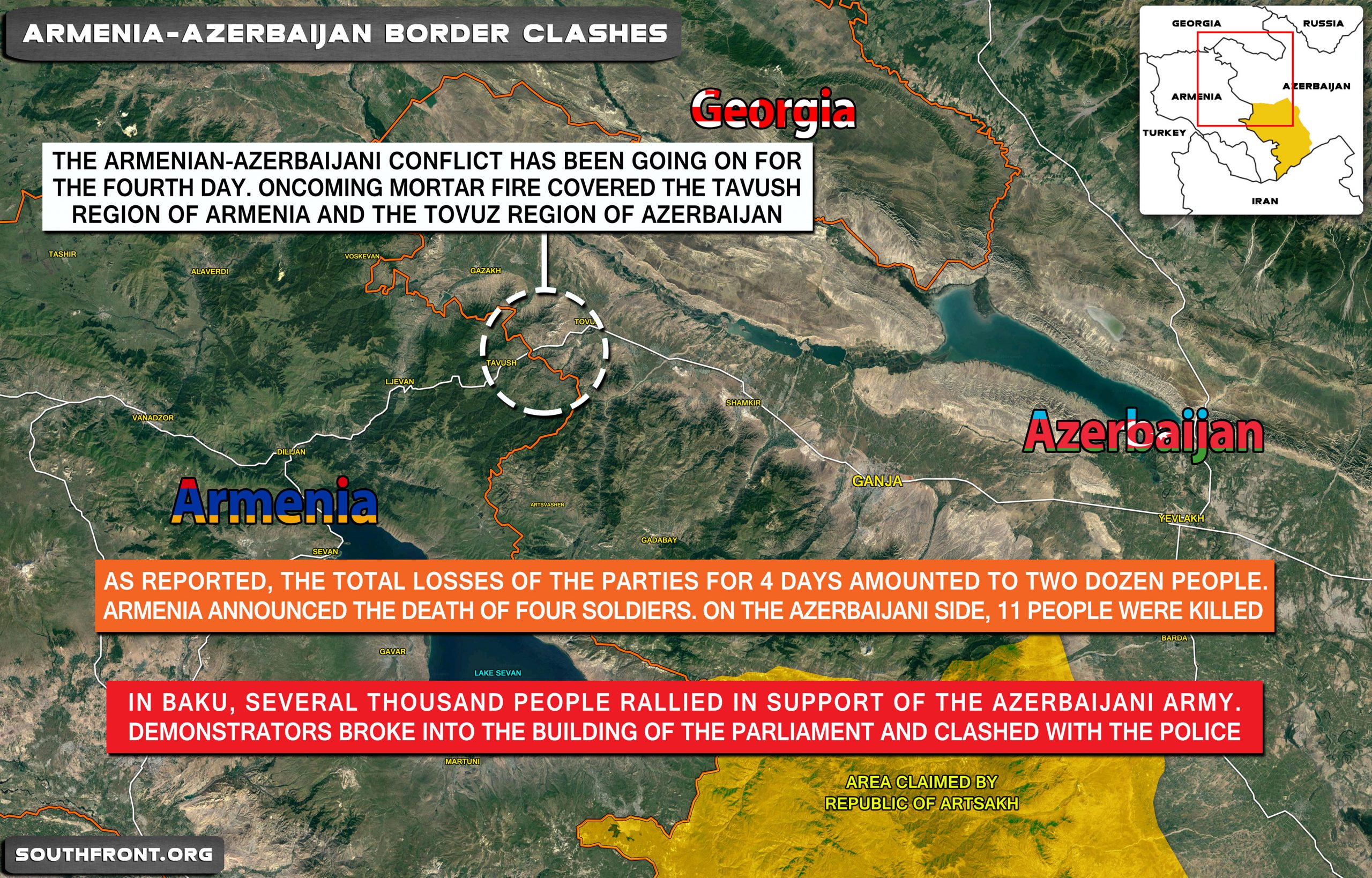 Below is a brief overview of how Armenia and Azerbaijan compare as neighbors and competitors.

Armenia, is a country located in Transcaucasia, it has 4 neighboring countries: Georgia and Azerbaijan to the north and east, Iran and Turkey to the southeast and west.

Its capital is Yerevan. 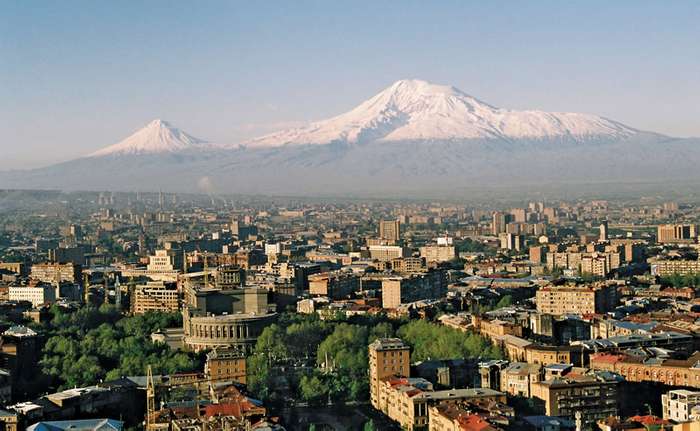 As of 2019, Armenia has a population of 2.97 million residents, with a large decrease from 2012 when it stood at nearly 3.3 million. The median age sits at 36.2, as such it is a relatively young country, in the context of Europe.

The Armenian ethnic group comprises 84.5% of the population, the other largest ethnic group are Azerbaijanis that comprise 8.7%.

The labor market has improved, but the unemployment rate remains exceptionally high at 18%.

Still, the government enjoys strong public support. On the foreign policy front, Armenia has strengthened its ties with the European Union while maintaining a strong partnership with the countries of the Eurasian Economic Union. 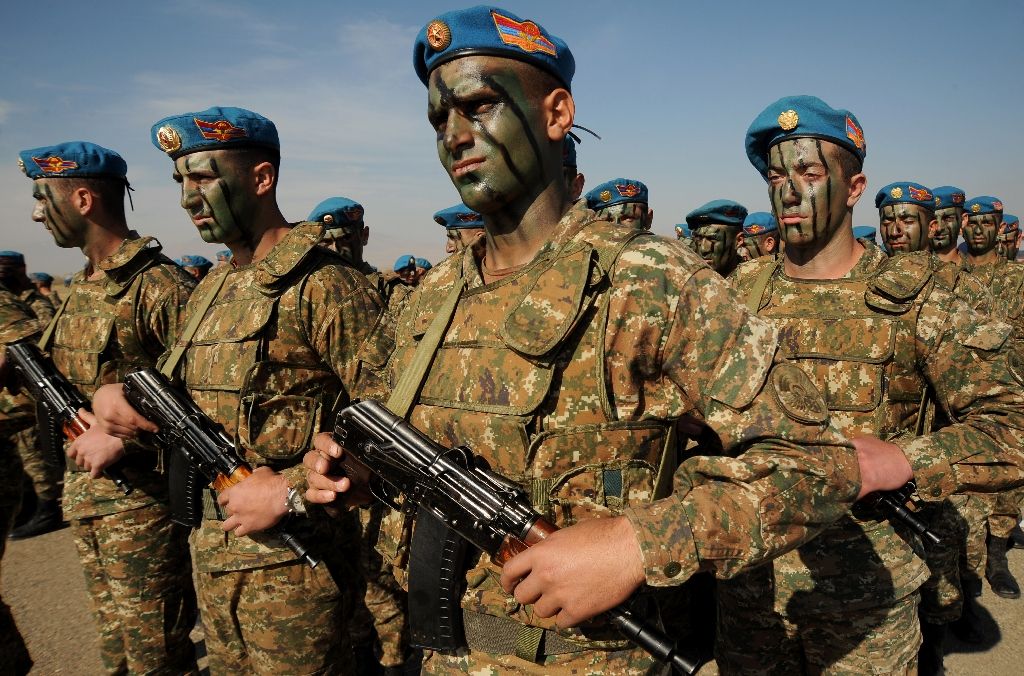 In terms of military budget, spending is expected to reach $634 million in 2020. Its record is $591 million spent in 2018, as such it will overcome it if spending does reach that much in 2020. The spending is approximately 5.5% of the total GDP.

The Armenian Armed Forces have 51,580 active personnel, out of them the army has 45,580 and the Air Force and Air Defense have 7,000. There are an additional 4,748 paramilitary personnel.

In addition, the NKR Defence Army maintains a small air-force of 2 Su-25s, 5 Mi-24s and 5 other helicopters.

The number of reserve personnel sits at approximately 210,000 who have served in the military in the last 15 years.

Russia is Armenia’s closest military ally. The Russian 102nd Military Base, the former 127th Motor Rifle Division, is stationed in Gyumri. The military alliance of the two nations and, in particular, the presence of Russian troops on Armenian soil has been a key element of Armenia’s national security doctrine since Armenia gained independence in 1991. There are approximately 5,000 Russian troops stationed in various parts of Armenia.

In June 2013 it was revealed that Russia has deployed in Armenia several Iskander-M ballistic missiles systems, which are stationed at undisclosed locations in the country.

Armenia participates in NATO’s Partnership for Peace (PiP) program and it is in a NATO organization called Euro-Atlantic Partnership Council (EAPC). It is in the process of also deepening cooperation with NATO.

Greece is Armenia’s closest ally in NATO and the two cooperate on multiple issues, many officers from Armenia are trained in Greece each year.

Finally, the United States have been attempting to improve its military cooperation with Armenia in recent years, in order to exert more pressure, close to Russia’s borders. 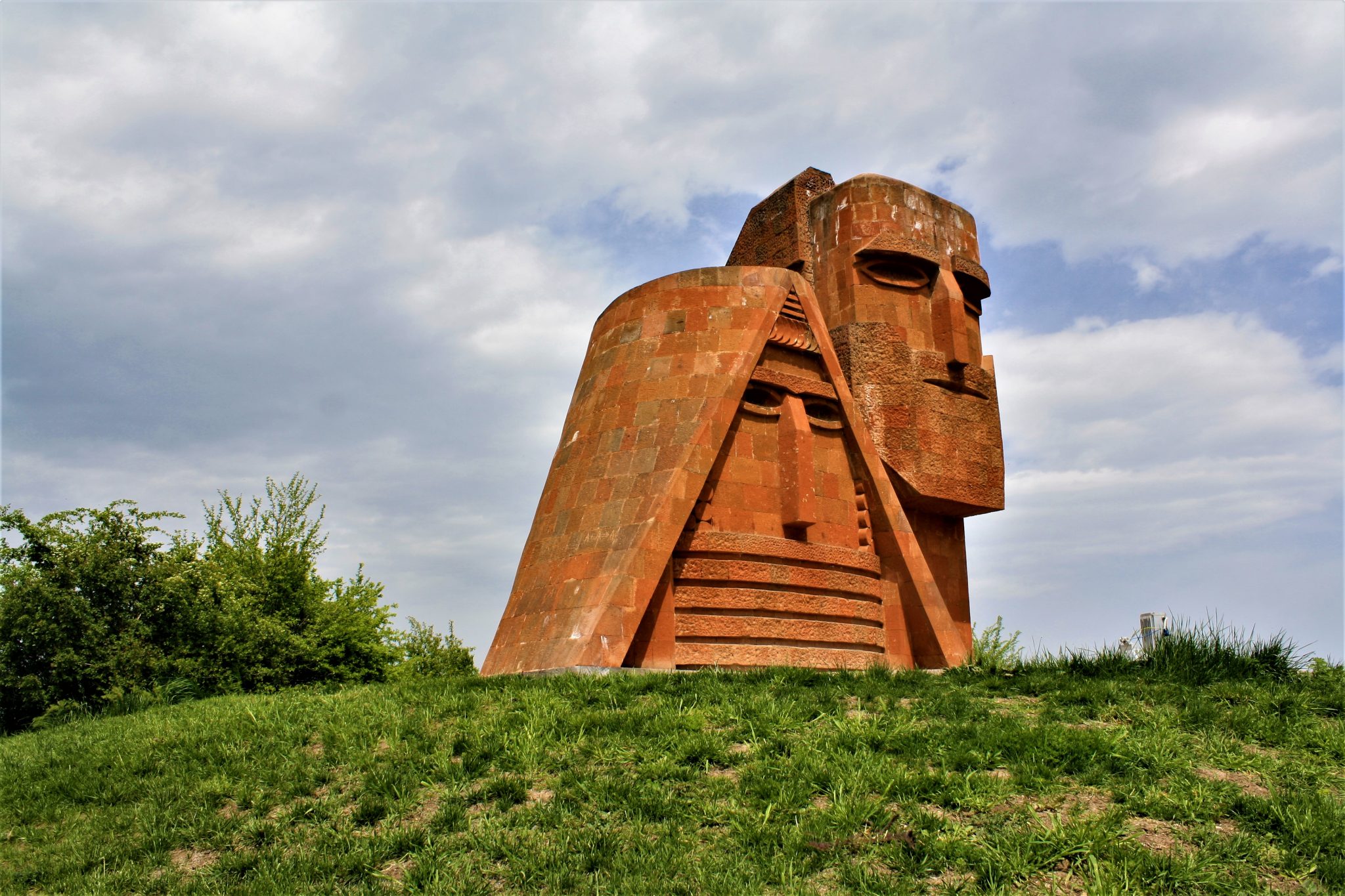 Azerbaijan, is a country located in eastern Transcaucasia, it is neighbored by Russia to the north, the Caspian Sea to the east, on the south by Iran, on the west by Armenia, and on the northwest by Georgia.

Its capital is Baku. 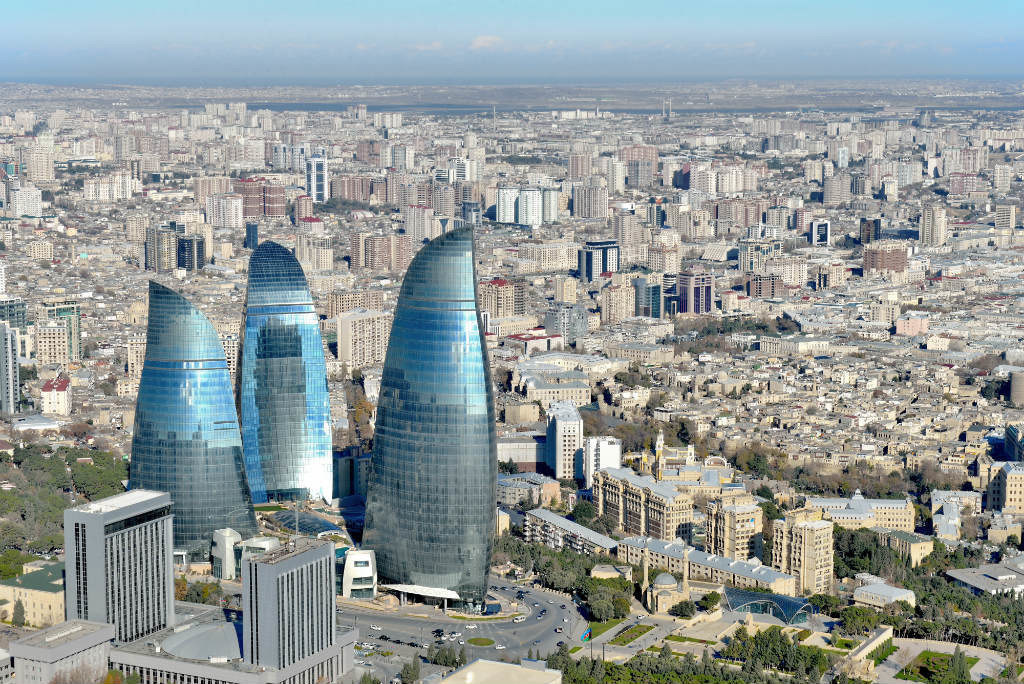 As of 2019, Azerbaijan’s population sits at 10.06 million residents. It is steadily increasing each year. The median age sits at 32.3 years.

Azerbaijan has made progress in its economic freedom scores since first being included in the Index in 1996. Its economy is now on the verge of joining the ranks of the ‘mostly free’. GDP growth, however, has remained stagnant for the past five years.

President Ilham Aliyev was elected to a fourth term in 2018 amid allegations of electoral fraud.

The construction of the Southern Gas Corridor, which will increase gas exports, is expected to reach completion by 2020–2021. Some nonenergy segments of the economy, such as agriculture, logistics, and information technology, require more development. 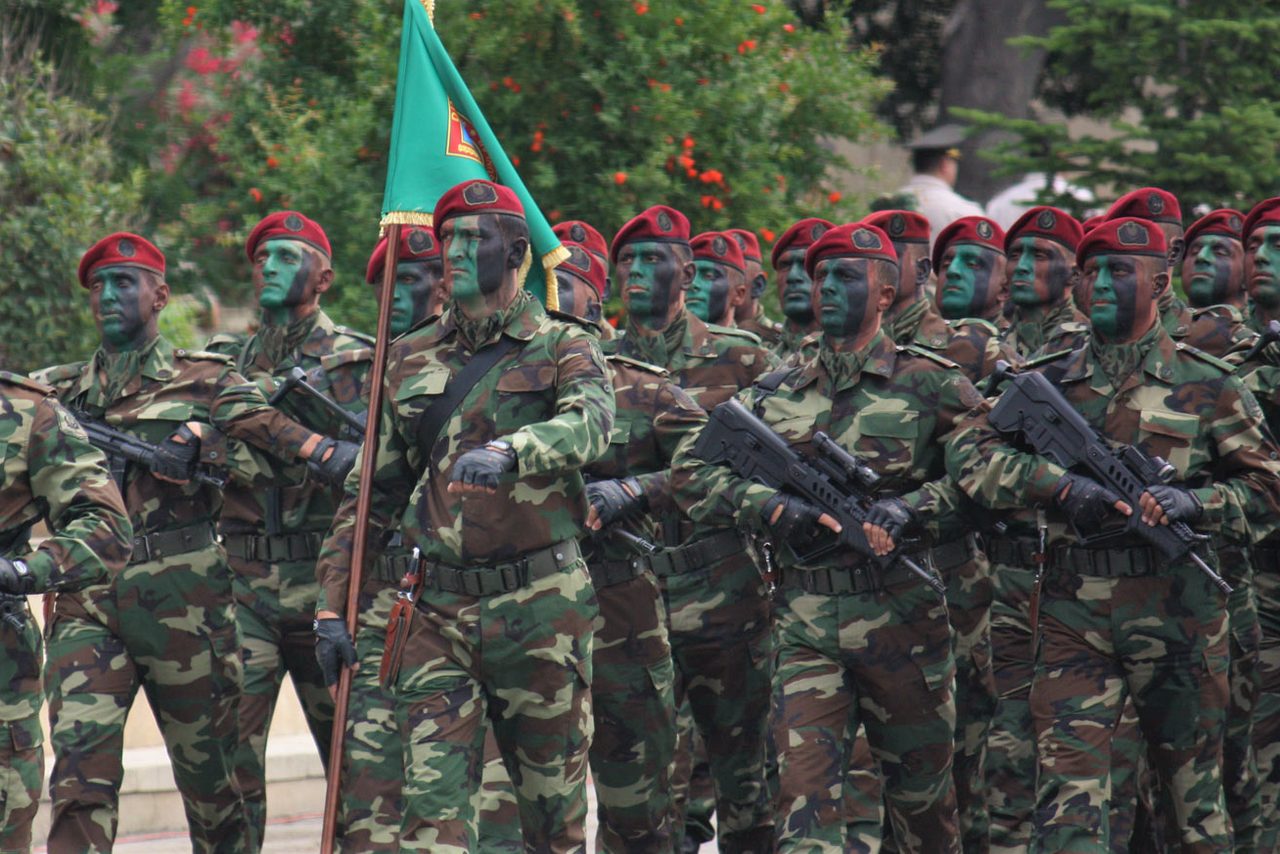 In terms of military budget, in 2020 Azerbaijan is expected to spend $2.26 billion, which is a nearly 21% increase in spending compared to 2019. Spending sits at approximately 5% of the GDP.

The Azerbaijan Armed Forces are comprised of 126,000 active personnel.

Its foreign suppliers are Turkey, Israel, Russia, the US, Canada, and quite a few others.

Turkey is Azerbaijan’s primary military ally. In December 2009 an agreement on military assistance was signed by Turkey and Azerbaijan. The agreement envisions Ankara’s supplying Azerbaijan with weapons, military equipment and, if necessary, soldiers in case war with Armenia over Karabakh resumes.

Section 907 of the United States Freedom Support Act bans any kind of direct United States aid to the Azerbaijani government. Since a waiver was made in 2001 there has been extensive U.S. military cooperation with Azerbaijan. This has included Special Forces and naval aid, consultations with United States European Command, and linkages through the U.S. National Guard State Partnership Program.

“As of today, military and technical cooperation with Russia is measured at $4 billion and it tends to grow further,” President Ilham Aliyev said after meeting with Russian President Vladimir Putin in Baku in 2013.

Israel is also a significant military ally of Azerbaijan. Azerbaijan has shown great interest in Israeli technology over the years. In particular, an agreement was reached over the construction of the factory of intelligence and combat drones in Azerbaijan.

NATO and Azerbaijan actively cooperate on defence institutional reforms and have developed practical cooperation in many other areas. Azerbaijan’s Individual Partnership Action Plan (IPAP) and its Partnership for Peace (PfP) linkages lay out the programme of cooperation between Azerbaijan and NATO.

It should be noted that while both Armenia and Azerbaijan are involved in clashes, they cannot join NATO.

Regional war unlikely, but small Armenia with a third less population and GDP has proven militarily more capable. Both Russia and Iran will intervene diplomatically to cool things down.

Thousands have demonstrated in Azerbaijan calling for war after recent deadly clashes with neighboring Armenia.

Angry protesters marched through the capital Baku demanding the government fully deploy the army, with some even entering the national parliament.

Security forces responded with water cannon and tear gas to disperse the crowds.

The recent border fighting has killed at least 16 people, mostly Azeri army at the receiving end of Armenia’s better trained and motivated military..

Both Armenia and Azerbaijan were part of the Soviet Union before its collapse in the 1990s.

Since then they have been stuck in an unresolved conflict over a piece of disputed territory called Nagorno-Karabakh, internationally recognized as part of Azerbaijan but controlled by ethnic Armenians

So like every country is arming both sides lol

Azerbaijan will never give up on Nagorno-Karabakh. The Azeris have acquired advanced weapon systems in recent years, in anticipation of the next war against Armenia. Only Putin can bring about a ceasefire.

Both are not clean wheat..Azerbajan is the Turkish Trojan Horse in Caspian and Caucasus…while Armenia is close to Georgia ( a NATO puppet) and also most of Armenian diaspora and population is pro NATO and pro EU!..only have convenience relationships with Russia with the purpose to keep away Turks and to protect Armenians in Syria!

Seems like Armenians are digging their own grave by trying to be friends with USA and it’s minions. :/ Armenia is strong for it’s size but it’s between two very hostile countries, one of which – Turkey is trying actively to reclaim it’s Ottoman-era level of hegemony and is an openly fascist, islamist terrorist entity.

Jews are trying to arm both and destroy each other.

All world powers should stay away and let them fight it our themselves. Winner takes Nagorno Karabakh defacto and dejure. I thank that would be a fair play.

Armenia already controls Ngorno Karabakh. Azerbaijan will lose more land and the war if it escalates.

I don’t go to fortunetellers, prefer to see as facts. That is why I said let them fight it over and us see the result, not predictions.

Whether Armenia and Azerbaijan can join Nato is irrelevant. They train with ,are trained by ,practise with Natoists and are thus considered part of Nato. It would be foolish to consider them not part of Nato . Defacto they are and will be even if not de jure.