The situation in the Nagorno-Karabakh region and on the border between Armenia and Azerbaijan has deteriorated. 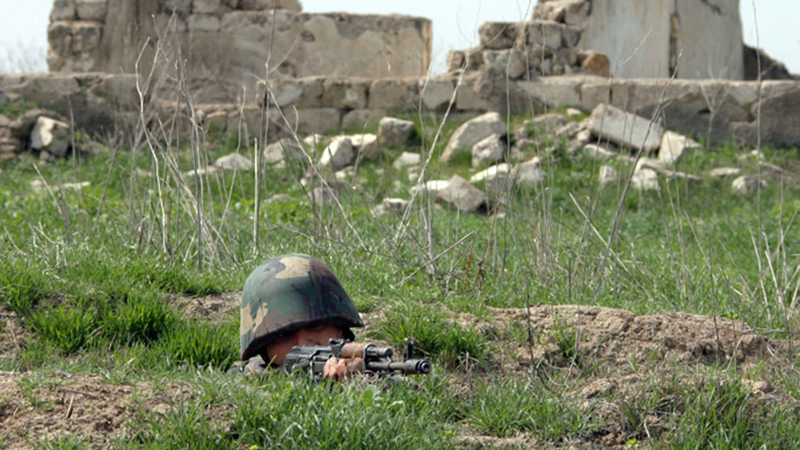 Hostilities erupted on the border between Armenia and Azerbaijan. Both sides are accusing each other of using machine guns and mortars.

The situation in the disputed Nagorno-Karabakh region is more than tense. The local militia has claimed that they have shot down an Azeri helicopter. Baku denied the information. The militia also claimed that they were shelled by MLRS Grad.

It is reported that at least one child has been killed and a few other locals injured in the exchange of fire.

The Armenian Ministry of Defense has stated that in if the Azeri offensive continues, there will be unthinkable and unpredictable consequences. This could only mean one thing – full scale war.

Russia has been the country which has been playing the role of the mediator in the relationship between Armenia and Azerbaijan. The Russian Foreign Ministry said it was exploring the reports and cannot provide any details at the present moment.

Twitter has gone wild, and there have been numerous reports about an Azeri offensive.

Armenia and Azerbaijan have a long history of conflicts, and the tensions heated up when in 1988 the Nagorno-Karabakh region broke out of Azerbaijan. It was followed by a three-year war and the region with predominantly Armenian population (99.7%) declared independence in 1991.

For more information about the history of the conflict you can watch our special Foreign Policy Diary explaining the situation:

As always the US, or more precisely the beltway District of Criminals is rubbing its hands with glee at a new opportunity for their mad British Empire style ‘gunboat’ diplomacy of destruction through financial or coups.

It is not a coincidence that the above situation in Armenia-Azerbaijan is going down just after the victory of Palmyra made it ‘all quiet on the Western Front’ of pseudo-journalism and Syria-Iraq are about to gain real peace in a long time.

And again its about the oil in the seas around Baku. It also is to create a problem area in the Caspian Sea so Russia’s fleet will have another distraction to deal with while the Anglo-American Cabal launches another of their Islamic State projects elsewhere.

“The West Created [Islamic State] as a Weapon of Geopolitical Coercion ” http://www.globalresearch.ca/brussels-attack-the-true-implications-of-isis-links/5515821

Europe has realized how valuable a N African buffer from the blacks is lol.