“if everything is being written for you in London, what are you even doing in Moscow…?” 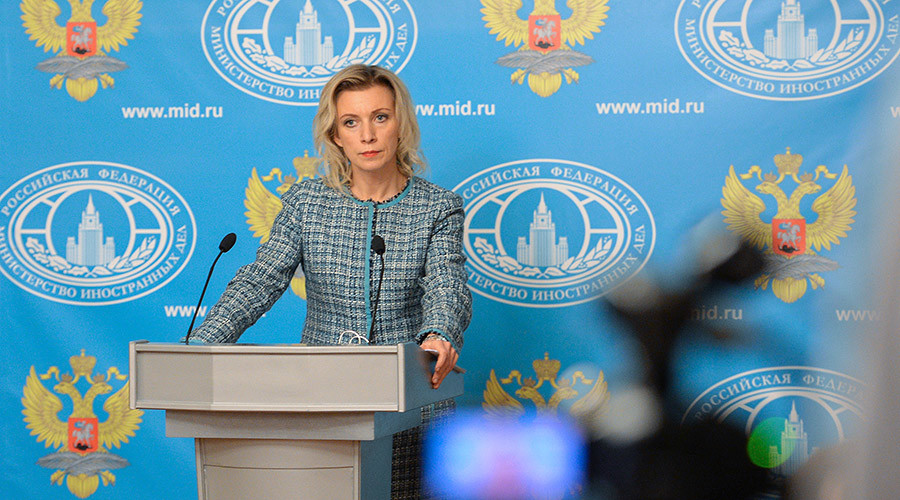 Moscow has condemned Reuters for its “exclusive” report which ignored a detailed statement from the Russian Foreign Ministry, in favor of the narrative predetermined by a “draft document” coming from an unnamed source and comments by anonymous officials.

In its “exclusive” story published on November 10, Reuters claimed it had obtained a “draft” of Russia’s plan for a “constitutional reform process of up to 18 months,” prepared for the multilateral talks on Syria this week.

The Reuters News Agency requested a comment from the Foreign Ministry, which it was given, but then decided to ignore it in their report.

“The [news] agency indeed contacted us prior to writing this information,” Maria Zakharova, spokesperson for the Russian Foreign Ministry told reporters on Thursday. “[Reuters’] Moscow correspondents have received extensive comments that this information does not correspond to reality.”

The Foreign Ministry confirmed to Reuters that Moscow is in contact and in consultation with its partners, but emphasized that there was “certainly” no such document in the works.

“After an hour-and-a half, the report, which widely spread throughout the world’s media, was published without a relevant comment from Russian Foreign Ministry,” Zakharova said, pointing out that at the same time, Reuters did not hesitate to quote some of its “unnamed sources.”

“Thus the central media with a long history has opted for the publication of perspective from unnamed sources, while they had been given an official comment by Russian Foreign Ministry,” Zakharova said.

The Ministry had to press the news agency to include Russia’s official statement in the report, which was eventually added in the third update of the article sent out to subscribers, almost four hours after the initial version was published.

“As you may understand, no one cared, because the ‘international sensation’ [had] already spread,” she said.

When asked how it could have happened that the statement provided by Russia on Reuters’ own request was ignored, the news agency’s representatives in Moscow pointed the finger at their colleagues in London.

“I have a legitimate question to the Reuters news agency, which is represented in Moscow by some 50 correspondents: Are you really journalists?” Zakharova wondered. “If you are not working and [don’t cover] Moscow’s comments, if everything is being written for you in London, what are you even doing in Moscow in such numbers?”

The Ministry’s spokeswoman pointed out that the controversial report coincided with Washington’s initiative to organizing three “working groups” on Syria in Vienna on November 12-13. Russia was informed of this “improvisation” via an email from the US embassy, which came as a surprise as the initiative was never discussed with Moscow.

“We are considering US actions on forming working groups as an unsuccessful experiment,” Zakharova told reporters, stressing that Russia is in favor of “collective work” in Vienna without separating the participants into “those who are leading and those who are being led.”

“We have collectively outlined a plan in Vienna, which was agreed with all participants. We should adhere to agreements [we] reached,” she said, referring to the previous meeting in Vienna on October 30, which laid the basis for a coordinated work without “improvisations, rushing forward and undue haste, which only harm the cause.”