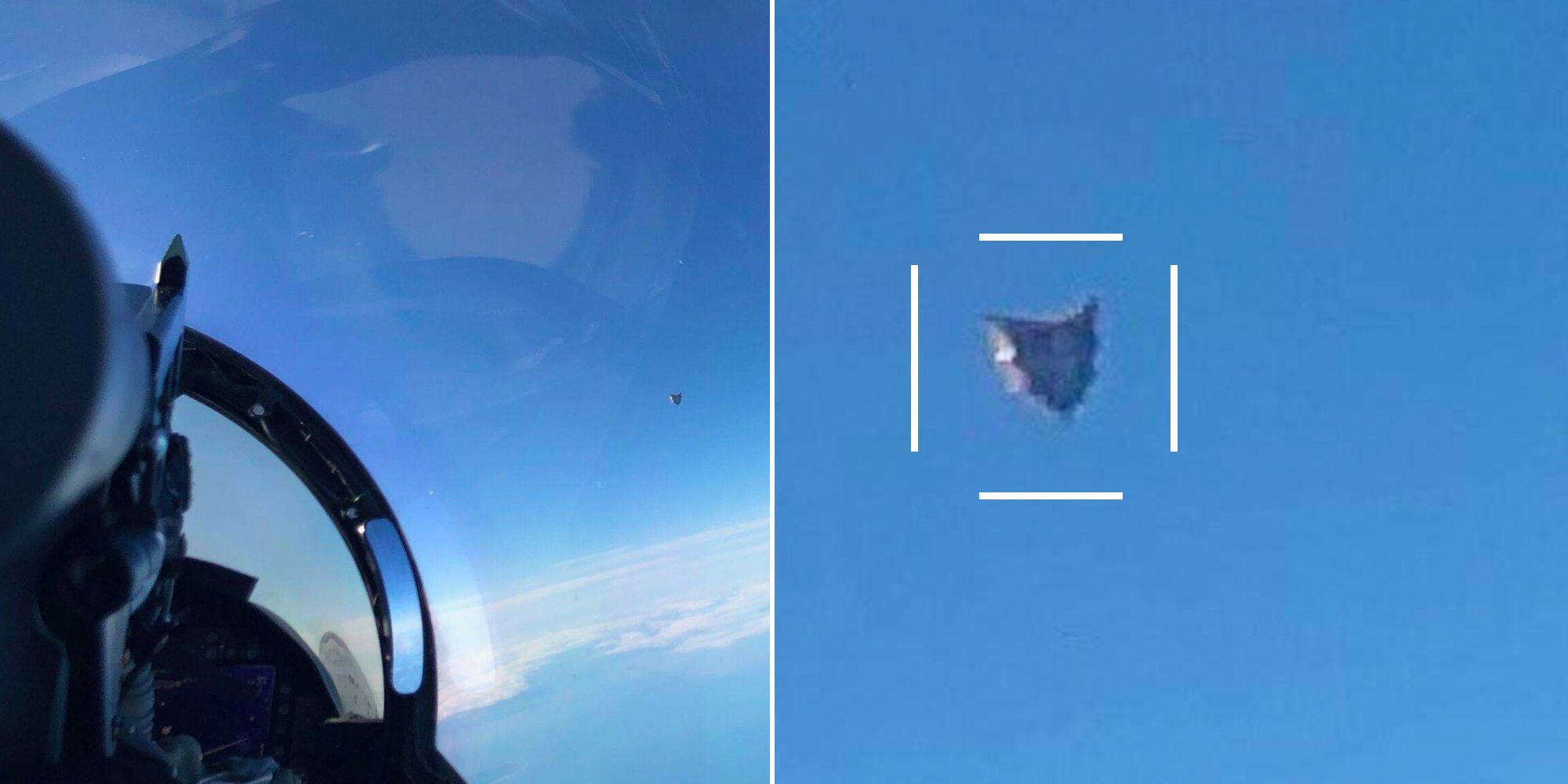 It turns out that the US government found no actual evidence that UFO sightings by Navy pilots were actually alien. But Russia and China were blamed, again.

The sightings remain unexplained in a highly anticipated Department of Defense report.

The report also found the vast majority of incidents documented over the past two decades did not originate from any American military or other advanced U.S. government technology, according to a New York Times said, citing senior administration officials briefed on the report headed to Congress in June.

Many of the 120-plus sightings reviewed in the classified intelligence study from a Pentagon task force were reported by U.S. Navy personnel, while some involved foreign militaries.

One unnamed senior U.S. official briefed on the report told the NYT that there was concern among American intelligence and military officials that China or Russia could be experimenting with hypersonic technology.

An unclassified version of the report expected to be submitted to Congress by June 25 will present few other conclusions, the newspaper said.

Senior U.S. officials cited in the Times article said the report’s ambiguity meant the government was unable to definitively rule out theories that the unidentified phenomena might have been extraterrestrial in nature.

The government’s Unidentified Aerial Phenomena (UAP) Task Force was created following a spate of observations by military pilots of unknown aerial objects exhibiting exotic speeds and maneuverability that seemingly defied the limits of known technology and laws of physics.

Led by the Navy, the task force was established last year to “improve its understanding of, and gain insight into, the nature and origins of UAP incursions into our training ranges and designated airspace,” Pentagon spokeswoman Sue Gough told Reuters.

Responding to Reuters’ questions about the task force report, Gough said in an email:

“We do not publicly discuss the details of the UAP observations, the task force or examinations.”

The term “unidentified flying objects,” or UFOs, has been replaced by the US government with UAP, short for unidentified aerial phenomena, since December 2017.

It was then that the Pentagon first went on record, in a New York Times article, acknowledging documented UAP encounters by its warplanes and ships and efforts to catalog them, marking a turnaround from decades of publicly treating the subject as taboo.

Shortly thereafter the UAP Task Force was formed, and it’s turning out to be a money pit, in which funds are used for no clear purpose.

Now the time for accountability draws near, and explaining it with Beijing or Moscow’s efforts is much easier than proving aliens exist. As such, funding for dubious endeavors needs to continue and the simplest rationalization moves forward to fill the gap.

Why in Hollywood films do aliens always invade Amerikastan specifically?

Because even aliens know that the Imperialist States of Amerikastan has to be eradicated from the face of the universe.

The mantra of “Take Us to Your Leader” is the reason Aliens end up in America. No one else matters.

Okay…just want to say one thing. UFO doesn’t mean aliens every time okay…Unidentified flying object means a lot of things and EVERY fuking country has a team or a group which research and study UFOs. That could be new drones or planes…etc etc.

They are not that stupid okay.

In other news : Raccoon Chases US Soldiers Out of Armored Vehicle at Colorado’s Fort Carson!

There’s no such thing as aliens so it makes me wonder why whoever operates these craft aren’t using them to thwart U.S. aggression? Why just fly around for no apparent reason.

On Gab in July of 2020, before I was banned*, I wrote that one of the things for we Americans to expect soon from the Jews’ US Tyranny and Jew-media would be a wild UFO and alien canard narrative. My point was that the Jews’ propaganda and distractions were becoming predictable. And here we are. *Yes, the so-called purveyor of free-speech, Gab, is no different than the rest, just, for now, less open about banning free speech and thought.

Most of the UFOs are of alien origin.