According to a Swedish Criminology Professor, migrants are vastly overrepresented in criminal cases. 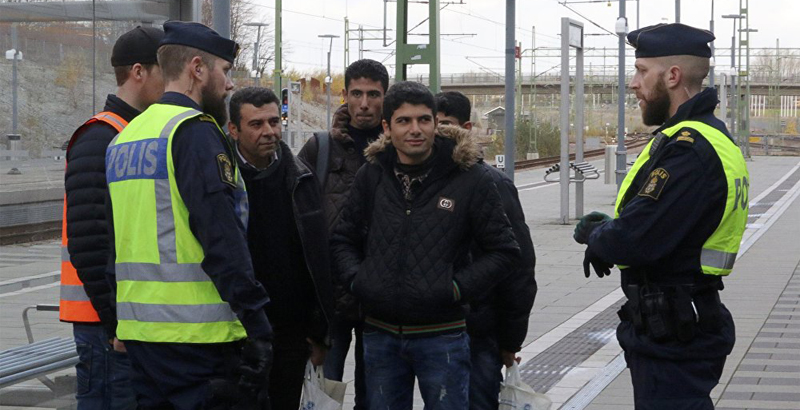 Migrants are vastly overrepresented in criminal cases, Swedish Criminology Professor Leif GW Persson said on the air of the SVT broadcaster. The statement was made on an episode of “Weekly Crime,” where Persson appeared along with police officer Peter Springare.

The guests of the TV-show were discussing the recent comments, made by US President Donald Trump about the high rate of crime among migrants in Sweden. The professor totally supported the police officer, who was recently criticized for his statement that most of the criminal suspects, whom he sees in his work, are from other countries.

“There is a strong prevalence of criminal immigrants. It is so obvious when it comes to crimes of this nature. Very serious violent crimes,” Springare said.

“Yes, I have made the same observation,” Persson noted, adding that “anyone with eyes to see can know who is doing these kinds of actions.”

“Over-representation is a fact,” the professor stressed, noting that the most part of the migrant criminals come from such countries, as Afghanistan, Iraq and Somalia, while just a decade ago, they were from Turkey and the Balkans.

Both Springare and Persson said that talking about migrant crime in Sweden was a huge taboo. However, TV-host Camilla Kvartoft didn’t agree with them.

“It is a taboo. And it is noticeable now. This has been such an incredible spread widely. And I look at the letters and emails I get that a very large number of police who are involved in serious crimes verifies this data,” Springare said.

The professor also noted that people were “reluctant” to report migrant crimes.

“The tendency to talk about it decreases the higher up in the police rank you are. But this is no secret. This is a problem you can happily avoid talking about. But times change,” Persson said.

He also added that there could be huge ramifications of this issue for the next general election in 2018.

After police officer Springare made his comments on Facebook, he was investigated for inciting racial hatred, as he noted that the most part of the suspects in his cases were overwhelmingly from migrant backgrounds.

It makes sense because it takes a lot of initiative and enterprise, not to mention knowledge of local connections, to make it across Europe as a so called refugee. Which is something that criminals have in abundance. So I’m not surprised that they were above average present amongst this immigrant wave.