A masked anti-Trump protester has shown a flag and a beheading video of the Islamic State (IS) terrorist group on a screen of his cell phone in order to intimidate Trump’s supporters. 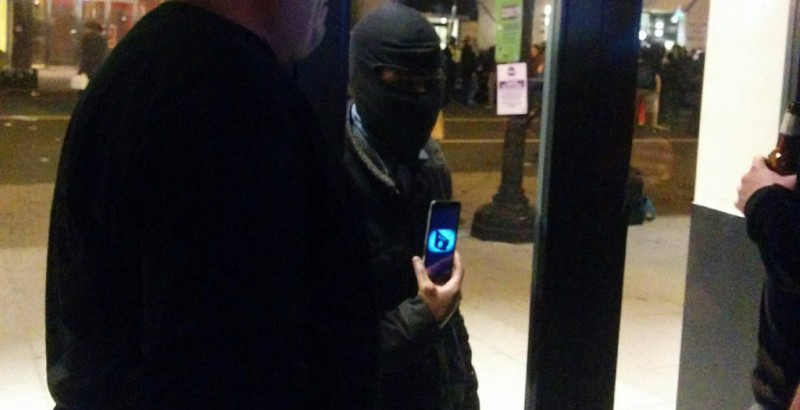 A masked anti-Trump protester shows a flag of the Islamic State (IS) terrorist group on his phone to intimidate Trump’s supporters (Photo: infowars.com)

Photos of a masked anti-Trump protester, showing a flag of the Islamic State (IS) terrorist group and a beheading propaganda video, released by the same terrorist organization, on a screen of his cell phone, were published by the Infowars news website.

According to the individual, who took the photos, being inside the Proper 21 sports bar in northwest Washington, and sent them to Infowars, the protester approached the glass window and started to show the flag and video on his phone in order to intimidate Trump’s supporters, who were inside the bar. 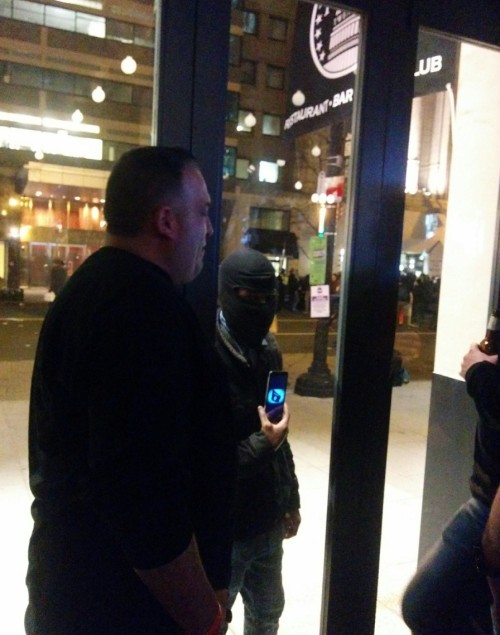 “A man outside in a partial black mask held up an ISIS flag on his phone he was showing people inside through the glass (mainly Trump supporters),” Infowars quoted its source.

“He pointed both fingers to his eyes and then to those watching him,” the source added. “We alerted security at the bar but do not think anything was done. He returned to show a video of an ISIS beheading as if to taunt those inside.”

According to the individual, he had filed an online FBI report about the incident. 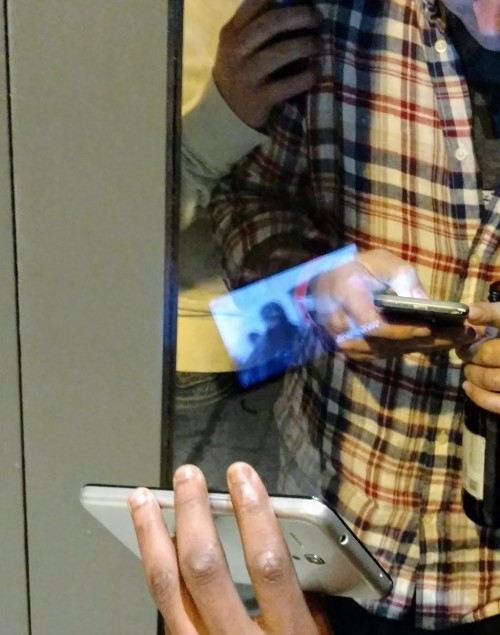 The website noted that now, “social justice warriors” are actively using IS propaganda, trying “to intimidate their political adversaries.” In December 2015, the terrorist group even issued a manifesto, according to the European Muslims Allying With Left Wing Activists section of which, jihadists and left-wingers “will start to work together in small cells of groups to fight and sabotage against the financial elite.” 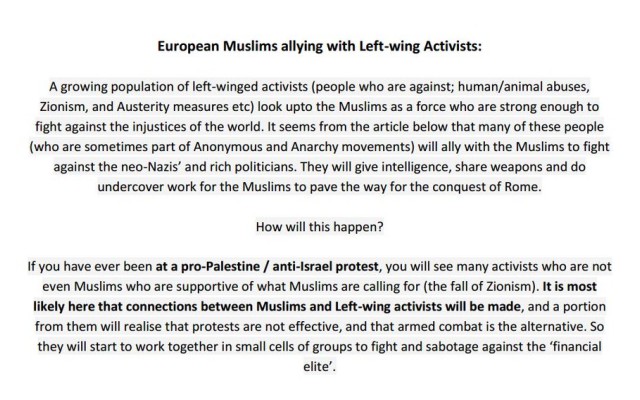 Israel is creating its own demise through its outrageous mistreatment of the people of Palestine . Youth are by nature bound and determined to help create a better world , and so are easily recruited , to any “social justice” cause . Israeli and American use of Salafists jihadists in their immoral war against Syria , will come back to bite , and hard . My family smuggled Jews out of Germany , so if anything , I am pro Jewish . Having been oppressed , its hard to fathom how the Israeli’s can be so oppressive themselves . Gaza is sitting on vast natural gas deposits , yet the people are treated as prisoners . This madness must stop.

as i wrote before…the leftist are digging their own graves by supporting these kebabs..a big terror attack in the US or Europe and public opinion will be against them,a real big attack with heads being chopped on air and they are going straight into our concentration camps.So keep supporting them left degenerates, keep posing with pro kebab slogans and pictures !

An Open Letter To George Soros From An American Citizen

I would personally like to thank you for your financial support over the last few months. Not counting the usual “Foundations” and NGO activities of subverting our democracy, destroying our families and our faiths and twisting the minds of our vulnerable youth, your support of our economy has been phenomenal over the last nineteen months, By some estimates, you have single-handedly donated in the neighborhood of billions of dollars to our economy!

Every dollar you’ve put into the pockets of average American citizens for organizing and protesting is CREATING JOBS, albeit temporary jobs, but jobs none the less. Although the protests themselves change nothing, whether it’s buying poster boards and markers, balaclavas or junk food to keep their energy up, or even hiring people to clean up the mess, each dollar in turn gets spent in American retail stores, putting each and every red cent of your donations into our ailing economy.

I understand that hillary and the DNC spent a BILLION DOLLARS trying to get into the White House. Considering the money she spent on staff and what she threw away trying to buy the presidency that resulted in her stunning loss, we are thankful to her for what were essentially donations as well.

After He gets settled into doing the The People’s business, President Trump and his capable team will bring back our jobs and get us back on our feet – Not that we don’t appreciate your efforts to employ a hundred million needy people and infuse our economy with a few billion dollars, I think Our new President can take it from here.

Have noticed your systematic and singularly defensive pro muslim agenda/ disinformation in South Front comments forum – no one here is interested – take it elsewhere.

I have noticed the pro-Russian propaganda of South Front trying to appease the rightists. And you’re its soldiers probably funded by Sheldon Adelson. You can try your luck here to eat my crap! Go fack yourselves!

Just how many Disqus accounts are you running there Niyazov? This is a Russian based geopolitics site – so yeah, it is going to be pro Russian by definition, how do you not grasp that? When an adult resort to repeated insults online – then you have no dignity or credibility. You do that in spades, with your various rants against Christians/Russians/Hindus/Conservatives etc. So once again, take you brand of childishness elsewhere.

Only one. I created this because you hacks had my account blocked and all my comments are getting marked as spam. I’ve reported to Disqus but it’s still not resolved. This is not a “Russian-based geopolitics site”, it’s a website of “pro-Putin and rightist thugs trying to mislead people with lies and fake claims about others”. So who here has no dignity or credibility? As for Hindus, when did I ever mention them? I’ve never made any racist comment against Russians, but that won’t stop me from pointing them out and bashing them for being pro-Russian government. Conservatives, I only insult them because they try to spread fake claims. Christians, I never insult them until they target us. So you can take your false and stupid rant of my “rants against Christians/Russians/Hindus/Conservatives etc.” into the garbage.

Is the current administration of Trump that of a coward that they cannot have a man draped like a terrprist and openly shpwing ISIS propaganda arrested? And what are these guys taking the photos doing? Besides showing pics and videos on a phone is scary now? Obviously staged and fake by Trump boylovers.