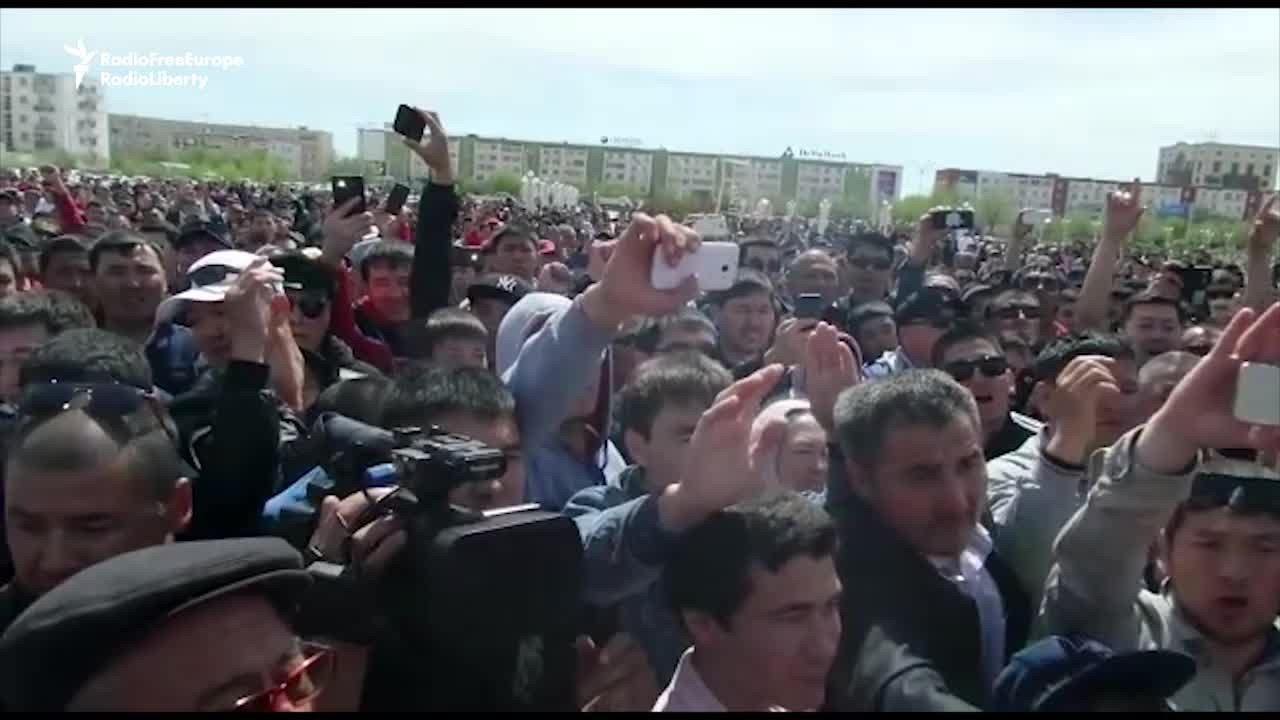 Anti-government protests errupted across Kazakhstan on Saturday. Dozens of protesters have gathered in the main squares of major cities [SF editor: mainly, in the southern parts of the country].

A series of demonstrations started last month in response to the government’s plans to privatise large tracts of farmland. President Nursultan Nazarbayev has vetoed the controversial initiative. However, protests have continued with a wider range of political demands. Experts believe that this scenario is fueled by foreign powers, interested to destabilize the Central Asian country. If Kazakhstan is destabilized, the acute security situation in the Central Asia will worsen, significantly.

According to the experts only the joined forces of Russia and Kazakhstan are able to counter the ISIS threat in the Central Asia quickly and efficiently. Tajikistan and Kyrgyzstan military have lack equipment and suffer from low military effectiveness. Uzbekistan and Turkmenistan are trying to avoid joint CSTO efforts.

Earlier on Firday, Kazakh police reported they had found caches of Molotov cocktails, gasoline and iron rods near the protest site in Almaty. These kinds of improvised weapons used in protests in Ukraine during the coput in 2014.

The recent developments in Kazakhstan likely pursue next goals: