Amid heavy clashes north of Aleppo where the Syrian army had cut off the only highway heading to the militant-held areas of the city, various anti-Assad sources have been conducting a wide propaganda campaign in an attempt to turth the image of the situation.

The main goal, as always, is to depict Turkish- and Saudi-backed jihadi groups (Al Nusra, Nour al Dein al Zenki and others) as moderate oppositioneers that seek to defend the city’s local population.

However, this time some interesting moves have appeared: the Syrian Rebellion Observatory has released a map, claiming that the militants have found the answer to the “regime” operations near the Mallah Farms. According to the map, the joint force of militant groups will deliver a devastating blow to the pro-government forces west of Aleppo and open a new supply route through this area.

It’s clear that such ideas are common wishful thinking. However, it depicts the real level of objectivity in analyses by pro-militant sources. 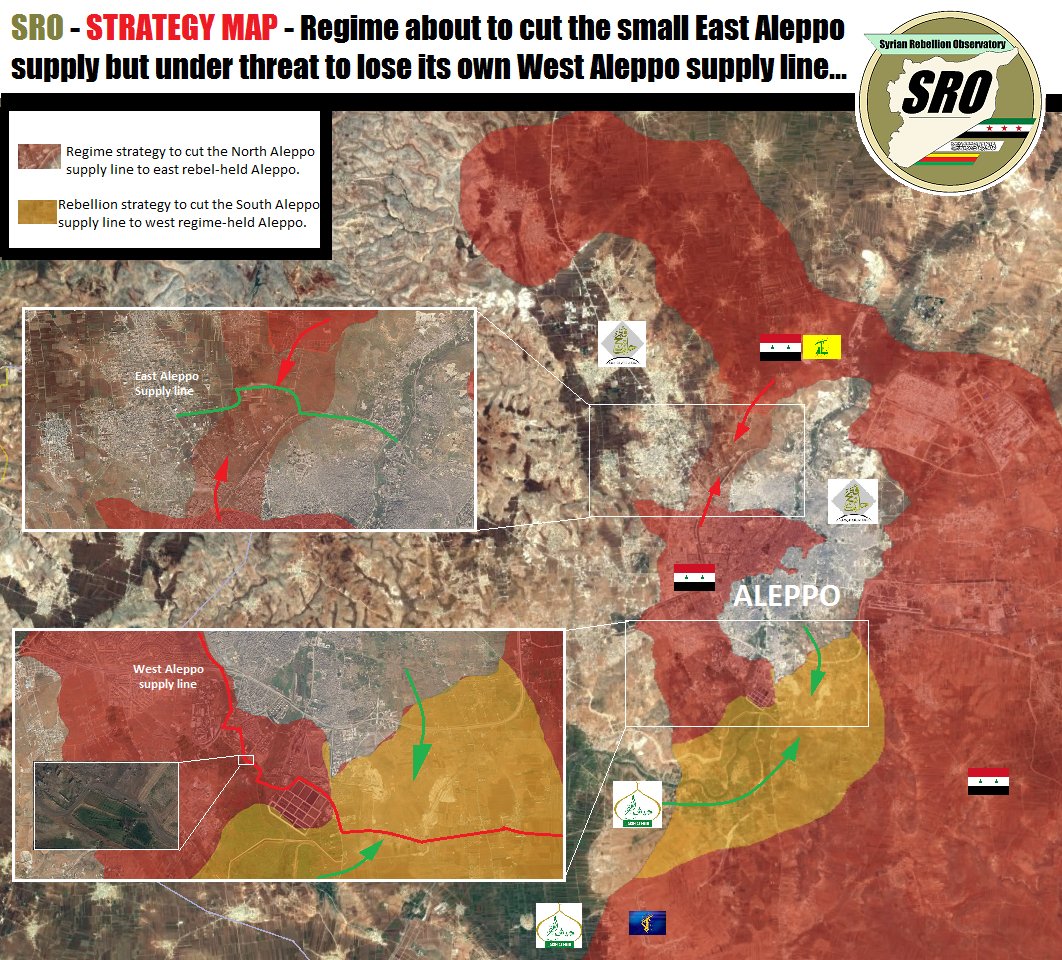 Without air superiority and cover !? the followers of the flying spaghetti monster must be high on something

Yeah… another pocket for the SAA to hold, just like the other pockets around Damascus which are still alive after 2 years of siege.

Maybe next year most of them will not be “alive”. Are you in a hurry?