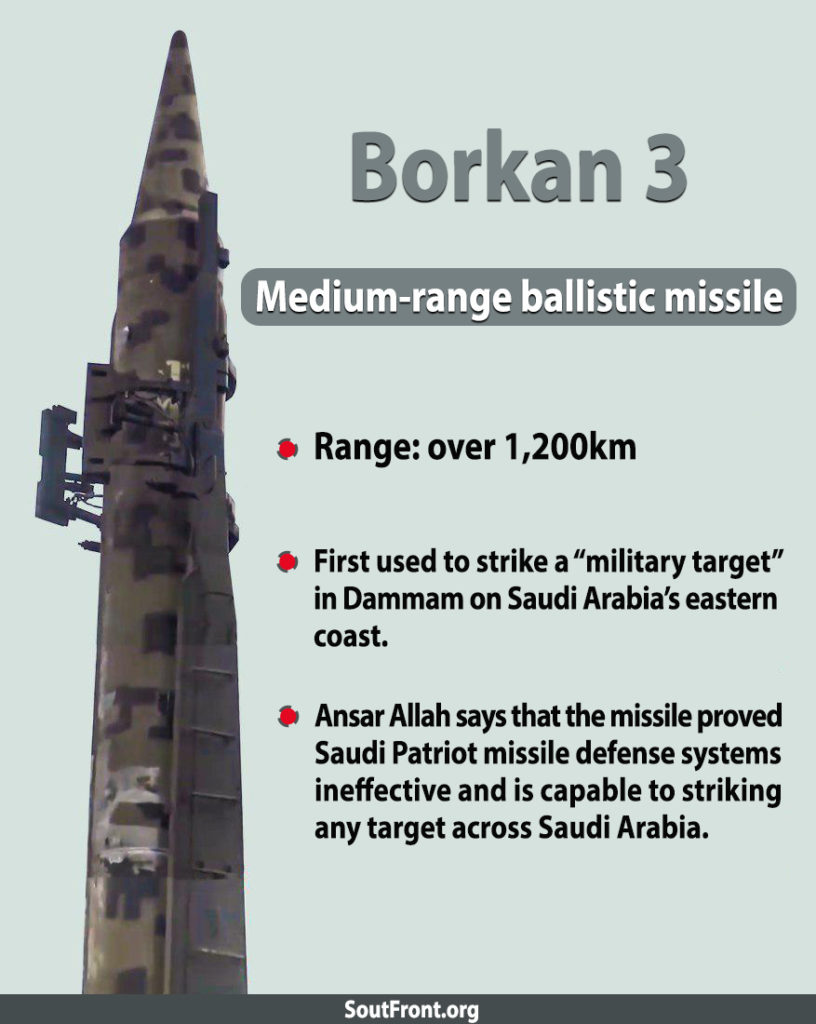 On August 2, the Houthis (Ansar Allah) revealed their new medium-range ballistic missile, dubbed Burkan-3. The missile was used in the recent strike on the eastern Saudi city of Dammam. The Yemeni group’s spokesman, Brig. Gen. Yahya Sari, said that the missile was developed and manufactured by “Yemeni experts” to overcome Saudi air-defense systems.

The Burkan-3 MRBM appears to be a member of the Scud family, similar to the older Burkan-1 and 2H. However, unlike its predecessors it doesn’t share any similarities with known Iranian ballistic missiles.

Just tipped with 4 warheads for maximum destructions in economic, military and in industrial complexes.

It appears that the patriot system cannot shoot down ANYTHING!