For the past day, the ceasefire was violated 40 times at the contact line of the unrecognized Nagorno-Karabakh Republic. 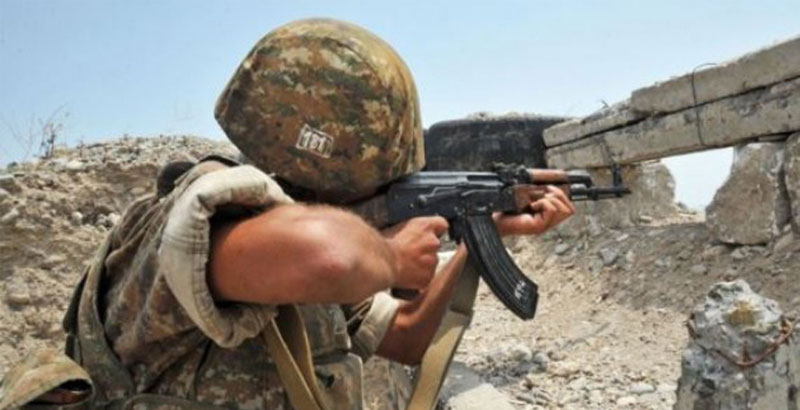 The Defense Ministry of the unrecognized Nagorno-Karabakh Republic has reported about another round of tensions at several areas of the contact line. According to the Defense Ministry, for the past day, the ceasefire was violated 40 times.

“On the night of January 5, the ceasefire was violated 40 times by the Azerbaijani Armed Forces at the Karabakh-Azerbaijani contact line. During this period, more than 500 shots were fired from small arms of various calibers on Armenian positions,” a statement of the press service of the ministry reads.

It is known that one serviceman was wounded.

Reportedly, the security forces of the republic did not take any actions in response.

Meanwhile, the opposite side of the conflict has made opposite statements. According to official representative of the Azerbaijani Foreign Ministry, Hikmet Hajiyev, Armenia, but not Azerbaijan is engaged in provocations in Nagorno-Karabakh.

“The current regime [in Armenia] tries to prevent a settlement of the conflict by all means, continuing to escalate the situation. Despite calls of a number of sensible forces in social and political Diaspora circles of Armenia, speaking in favor of a peaceful settlement of the Nagorno-Karabakh’s conflict, the military and political leadership in Yerevan tries to slow down the negotiation process by any means. The recent statements of the Foreign Ministry and other structures of Armenia are clear evidence of the fact that Armenia continues its aggressive policy in the region, which essence is to continue aggression against Azerbaijan and save the status quo,” Hajiyev said.

At the same time, both the Azerbaijani and Armenian authorities currently do not support an initiative to deploy peacekeepers in Nagorno-Karabakh.

Every time the situation downscales in Syria something happens in this region.

This is Erdogan job but he is not backstabbing it is just a plan.