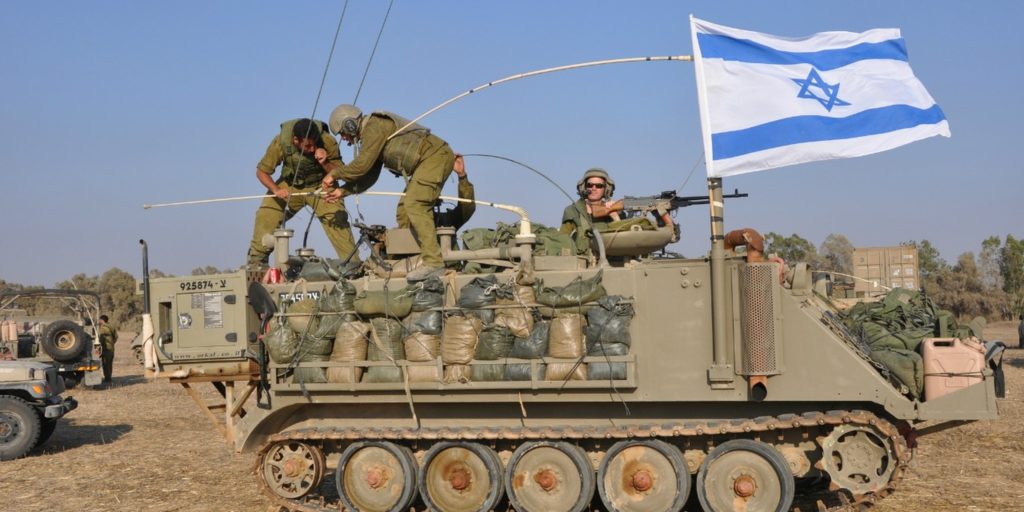 Starting from the weekly Palestinian protests along the Gaza fence on September 14th, Israeli Defense Forces has carried out a number of strikes on various targets.

On September 19th, a 15-year-old Palestinian teenager was killed, and five others were wounded by live Israeli gunfire on the Gaza border, Gaza’s Health Ministry reported. The teen, Moamen Ibrahim Abu Eyada, was killed east of Rafah as Israeli forces opened fire during clashes with protesters at the border.

In similar clashes on September 18th, two Palestinians were shot to death by the Israeli military during clashes between Palestinians and IDF forces near the Erez crossing, according to the Gaza Health Ministry. 46 wounded in clashes with Israeli forces, Gaza authorities say, IDF says it had no initial knowledge of casualties or use of live fire.

On the previous day, according to the Israeli Army, Palestinians approached border fence along southern Strip and placed a suspicious object near it. They were targeted by an Israel Air Force Jet on the evening of September 17th.

Earlier on the same day, the Israeli army said a hand grenade attached to a balloon was found in a field in Israeli territory close to the border with Gaza.

Two days earlier, on September 15th, around 450 Palestinian protesters rallied along the Gaza Strip hurling rocks and hand grenades towards Israeli troops, according to Haaretz. The escalated protest came after on September 14th three Palestinians were killed during the weekly protests, including a 11-year-old boy.

In addition to leaving the 11-year-old boy and two men dead, the strikes on protestors on September 14th left 248 others wounded, according to Palestinian media officials cited by Reuters.

The Israeli military said it used force necessary to repel 13,000 Palestinians who massed at several points at the fence. Some hurled rocks, fire-bombs and grenades at troops under cover of smoke from burning tires, injuring a soldier, and nine Palestinians briefly crossed into Israel, the military said, cited by Reuters.

The weekly protests so far have left approximately 180 Palestinians dead.

The Israeli military, on September 14th, said that, twice during the week, its patrols discovered and dismantled bombs that had been planted for use against them at the fence. Early on Friday, several Palestinians crawled to the fence to throw a pipebomb at troops, who fired back, the military said. No information regarding casualties was given.

The Jerusalem Post, on September 19th, reported that Palestinian Authority President Mahmoud Abbas is close to announcing a series of additional punitive measures against the Gaza Strip, as Egyptian efforts to end the power struggle between his Fatah faction and Hamas appear to have reached a dead end, citing Palestinian sources in Ramallah.

The sources said the Fatah officials rejected Hamas’s demands to retain security control over the Gaza Strip and collect taxes there. They also rejected Hamas’s demand that the Ramallah-based PA government absorb tens of thousands of Hamas employees in the context of a “reconciliation” deal between the two parties.

The Jerusalem Post cited London-based Asharq Al-Awsat newspaper, which on September 16th reported: “President Abbas is about to take a decision to halt all [PA] funding to the Gaza Strip. He believes that all opportunities have been exhausted, and it is no longer possible to keep the situation in the Gaza Strip as it is.”

There currently appears to be no promise of a lasting ceasefire, despite it appearing that both sides do not wish for another war. Haaretz on September 16th reported that despite the Israel-Hamas deals stalling. Netanyahu signals he seeks a Hamas deal without a prisoner exchange, while the US expelled the Palestinian Liberation Organization’s diplomats from the country and closed its embassy in a bid to pressure the Palestinians to reach a desired agreement with Israel.

Those leaders that don’t support native Palestinians and native Americans and instead of them they support encroachers and child butchers will be hanged from their tongues on the day of judgement.

The Zionists are currently having difficulty approaching Syria from the Mediterranean due to Russian exercises in the region. Those cowardly IDF have to murder someone not able to fight back effectively sooooooooo, I guess it’s back to murdering unarmed Palestinians. It’s in the Zionist DNA!

One day their Karma is going to catch up with them. I can already visualize the people of the planet, excepting Zionists of course, conducting a massive celebration.

like i said they ain’t warriors they r cowards who pick on the weak BECAUSE they r weak!!they r not Gods chosen either but that of the SINaGOG of satan satans chosen is more like it and their actions prove it doesn’t it?yet the world is to cowardly to fess up to this lie,its like the whole world minus those of us who admit the truth of this fact r living in sin threw this known lie

I don’t conflate religion or race with Zionism. Zionists like to pretend that they are a race and a religion, but they are neither. Zionists are merely psychopaths using religion as a cover to perpetrate their criminal activity around the world, especially the Middle East, to satisfy their greed and lust for power nothing more or less. They are but common criminals who have mastered the art of deception and are not even Semitic people.

You are correct that the Palestinians, unlike the cowardly IDF, are brave and courageous to stand up to armed Zionist Neanderthals.

I for one would be dancing in the street!