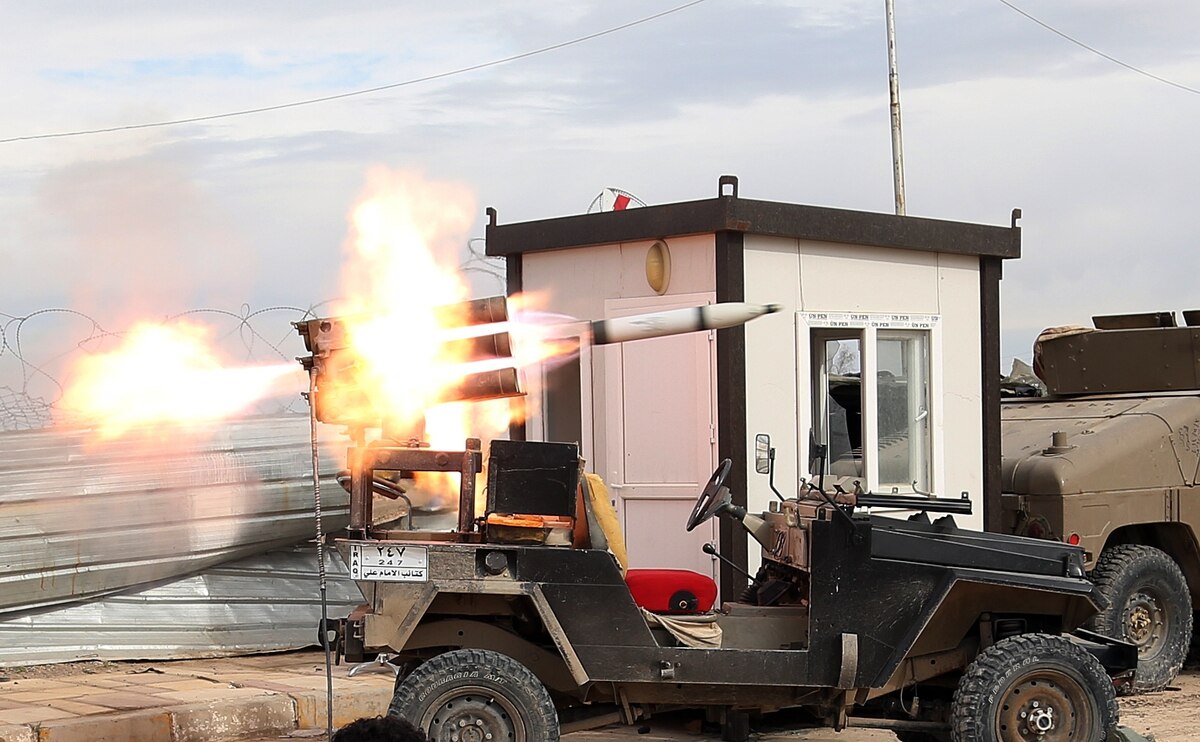 Late on September 6, another rocket strike targeted Baghdad International Airport in the vicinity of the country’s capital.

According to UAE-based al-Arabiya TV, three rockets were launched at the airport. The rockets landed in the military section, which is known to be hosting troops of the U.S.-led coalition.

In the last few months, several rocket strikes have targeted Baghdad International Airport. Most of the strikes were launched at the military section and didn’t result in any serious losses.

The most recent strike, which took place a few days ago, targeted the headquarters of British security service company G4S. The company is responsible for the security of Baghdad International Airport.

Sabereen News, a Telegram channel close to Shiite armed groups in Iraq, claimed that the new strike had also targeted the headquarters of G4S. Four vehicles of the company were allegedly destroyed.

Iraqi Shiite armed groups affiliated with Iran are reportedly behind these rocket strikes, or at least some of them. Many of these group vowed to expel U.S. forces from the country after the assassination of Quds Force Commander Maj. Gen. Qassim Soleimani and Abu Mahdi al-Muhandis, Deputy-Commander of the Popular Mobilization Units, earlier this year.

Drip, drip, drip. Eventually the US will be washed out of Iraq.

lol arent they stationed in albania

They have big network, they been working with Zion and Americans for years (Also with Wahhabi states- KSA). PMOI/MEK also have people in Iran and Iraq still. But yeah the biggest MEK base is in Albania, not sure but I think they were in Iraq as well before.

inshallah they fail miserably and wither away soon

i heard an earthquake took out their base hahahaha

Veterans today is no source

I never heard so much BS from anyone beside you bud. You can say that to any “News outlets” on internet. BBC, CNN, Fox News etc etc, and I didn’t said believe what you read bud, that’s on you :/

Veterans Today is a pro-Kremlin, antisemitic conspiracy theory and fake news website. It describes itself as a “military veterans and foreign affairs journal”, but the Southern Poverty Law Center (SPLC) had said “the anti-Israel bent on VT can slide pretty quickly into overt anti-Semitism.”

But that is the point….you stupid We have so many pro-“Westerns” news platforms, we don’t get to see their point of view and ofc no other “Westerns” news DEAR to talk about Nazi-Israel or clowns in EU and US. The very fact you saying they are anti-semitic show how much of fool you are…what, we take shit of Wahhabi sunnis and it is their freedom of speech you say shit about anyone.

BTW (SPLC) you can suck my ass, “The Southern Poverty Law Center is an American nonprofit legal advocacy organization specializing in civil rights and public interest litigation.” They are in Alabama the home of Zion simps LMFAO.

I don’t read all their posts and I don’t believe any “News platform” for that matter. I also read JP, the Zion News…and it is full of shit, trying to save face and blame others 24/7 LOL. I read Veterans cause it cover Zion and US BS.

anti-Semitism: Fuk you, what you suck of GOD chosen ones, did you mom and dad said to fuking die and pay them 24/7 as well? There is anti-Islam and no one cares (JP)…your point?

I can tell you don’t or have read or been in VT, all you said was they are pro-kremlin and anti-semitic, no most of their posts are covering foreign affairs, mainly US and EU. They also ofc cover military….and such. BTW you want to use Wikipedia as the source….LMFAO go read what government can do to Wikipedia LOL. Mainly Israel or Turkey

good the more the stupid yankee-twats are in the crosshairs, the better it is and when they are finished it will be time to finish off the illegally occupying jews in palestine. let’s hope it will be sooner rather than later since no one needs the jews and since they are of no value to the world!

If Al-Douri didn’t foolishly allow any collaboration with Daesh, he’d probably be as relevant as these Shia groups.