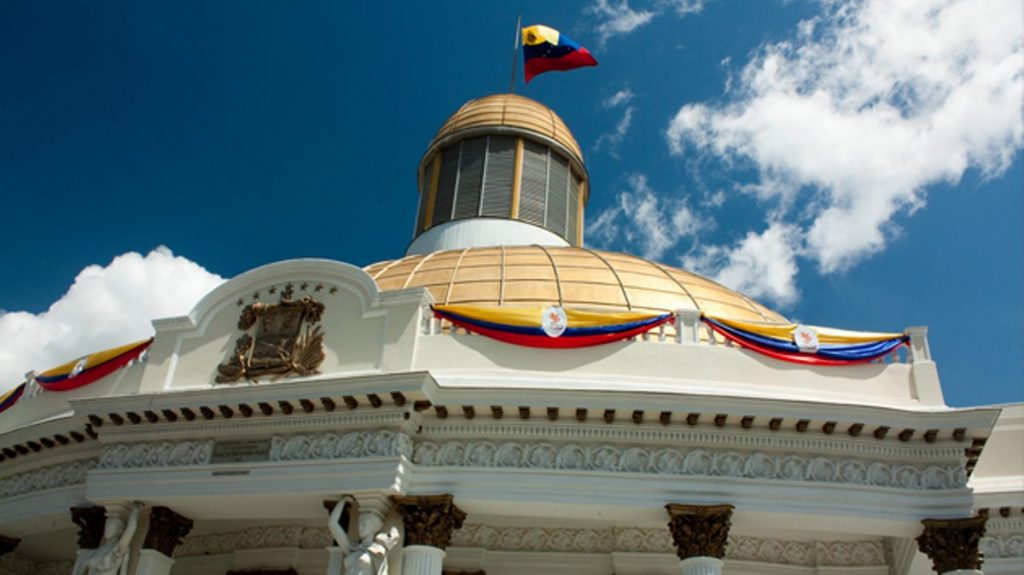 The efforts of the US to asphyxiate the Venezuelan economy and topple the Venezuelan government have received a slight setback, as the President of Mexico, Andrés Manuel López Obrador, affirmed at a press conference on Monday 15 June that if the Government of Venezuela, presided over by Nicolas Maduro, requests it, Mexico will sell gasoline to Venezuela.

Returning Mexico to a path of non-alignment in international relations and non-intervention in the affairs of other countries after a succession of presidents that had increasingly determined Mexico’s foreign policy in accordance with the policies of the US, President Lopez Obrador emphasized that Mexico has no intention of limiting its course of action to comply with US demands:

“If it were necessary on humanitarian grounds, we would supply gasoline to Venezuela. We are free, Mexico is an independent, sovereign country, we make our own decisions and we do not meddle with the policies of other countries.”

The Mexican president emphasized that no “hegemony” has the right to crush any other country and that, despite the sanctions imposed on Venezuela by the US government, Mexico is ready to sell gasoline to Venezuela to alleviate a serious fuel crisis resulting from the unilateral economic, financial and commercial blockade imposed by successive US administrations.

López Obrador also emphasized that providing assistance to others is intrinsic to the “self-determination” of the people and that “no one has the right to oppress others”. LINK

Meanwhile, another major front may be about to open in US regime change efforts against Venezuela as the country begins preparations for the election of the National Assembly later this year.

According to Article 296 of the Venezuelan Constitution, the directors of the National Electoral Council must be nominated by a two-thirds vote of the National Assembly.

However, on the 4th of June representatives from six minority opposition parties filed a motion before the Supreme Court requesting that it declare a “legislative omission” and appoint a new electoral council in order to guarantee elections by the end of the year.

Speaking on behalf of Solutions for Venezuela, Cambiemos, Movement Towards Socialism (MAS), Progressive Advance, Christian Democratic COPEI, and Hope for Change, MAS Secretary General Felipe Mujica argued that the National Assembly has failed to comply with its obligation to appoint directors and that the court is therefore entitled and required to do so.

Citing Article 336 of the constitution, which authorizes the Supreme Court to intervene in the event of legislative gridlock, the court acceded to the opposition parties’ request and announced it would appoint new directors to the Electoral Council.

The litigants are all members of the National Dialogue Roundtable, which was created last September to negotiate with the government in an attempt to break the political impasse in the country over matters such as providing electoral guarantees to the opposition, ‘political prisoners’ and US sanctions.

Although the new directors include several people aligned with opposition sectors, the Supreme Court’s decision drew criticism from some sectors of both the left and the right. One of the leaders of the Venezuelan Communist Party, Carlos Aquino, questioned the legitimacy and legality of the new electoral authority’s mandate, arguing that the Supreme Court should have followed the nomination process outlined in the electoral law, which stipulates the participation of national universities and other civil society actors.

For his part, self-appointed opposition leader Juan Guaido rejected the “false CNE named by the judicial arm of the dictatorship.” Guaido proclaimed himself “interim president” of Venezuela in January 2019 with the backing of Washington and its allies. However, earlier this year Guaido failed to secure re-election as president of the National Assembly in a contested election and he faces increasing challenges to his leadership within opposition forces.

Guaido’s office released a communiqué declaring that the opposition would boycott this year’s parliamentary elections organized by the new Electoral Council. The statement was signed by the main opposition parties, including Democratic Action, Justice First, A New Era, and Popular Will.

Nevertheless, the CNE’s new vice president, Rafael Jimenez Melean, claimed, “Guaido knows the support I have given him,” and urged the opposition to participate in elections. “Venezuela is unhinged. It has dual powers in everything. I don’t think there is another solution other than to hold elections.” LINK

The formation of the new electoral council has sharpened tensions among and within many sectors of the opposition. The political parties who are part of the National Dialogue Table consider the elections as an opportunity to displace the traditional political parties (Democratic Action, Justice First, A New Era, and Popular Will, or G4).

The accusations and antagonism are reciprocal: while the G4 accuses the peripheral parties of facilitating the longevity of the “Maduro regime”, the members of the National Dialogue Roundtable claim that boycotting the elections does not favour political change and will only perpetuate the political and economic crises.

Within the opposition groups, there is some concern that the use of mechanisms of institutional repression (sanctions) against those who get out of line and decide to participate in elections has resulted in authoritarian behaviour in the G4 political elite, with influence and appointments connected to the flow of money and support that comes from Washington.

This is a logical consequence of the US “maximum pressure” campaign, aimed at destroying any initiative for political dialogue that could alleviate the climate of confrontation and crisis.

It appears that the leadership of the traditional opposition groups is waiting for a decisive blow that will enable their return to political power by the fast track of a coup, assassination or military intervention. Meanwhile, the excluded parties seek to fill the void that the deadlock generated by the G4 has created. LINK

Mexico is going to get its ass handed to it.

How? Will Rogue Nation No. 1 beat it up because it didn’t follow its bullying diktats?

Is that your solution to everything automatically, violence? What are you a barbarian?

jajajajajaja, never, in fact trump give any order to lopitos and he is hurry to comply

Mexico is doing the US/everyone a favor.

Good to see more and more nations doing the right by their neighbours:

Jesus… Now Mexico is telling the U.S. to f’k off, too? I guess the U.S. doesn’t have that intimidating neighborhood thug flair like we had in the old days. I blame climate change.

if i was Maduro i never would trust lopitos, a profesional liar and social provocateur, don’t worry gringos el peje (lopitos nickname) is with you

the cursed ones are cuba and venezuela socialism has ruined them to the ground .

yes but everyone lives on ration cards from the goverment i have been there its miserable and depressing .