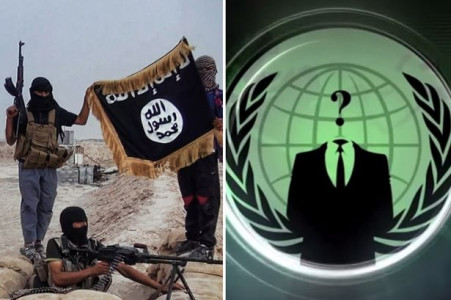 After the terrorist attacks carried out in Paris on November 13th, reactions all over the world have taken place condemning the assaults.

One of those was the one of the hacktivism organization Anonymous who claimed on a video released after the extremist attacks that they would enhance stronger actions to struggle the global threat of ISIL.

This is not the first time the hacktivist group makes a public threat against the terrorist organization since earlier this year they claimed to have dismantled some 149 ISIS-linked websites and more than 5,500 Twitter accounts belonging to Islamic State have been taken down, according to a recent report in Foreign Policy.

In response to the video released by Anonymous, ISIL called the hacktivist group “idiots” and offered guidance of ISIS supporters to protect against cyber-attacks.

It’s believed that the Islamic State has its own team of hackers for its web operations, however, Anonymous stated that such team can’t be compared to the sophisticated hackers, data miners, and spies they have worldwide.

Total war has been declared against the jihadi group.