Today, Ankara has launched airstrikes against the camps of the Kurdistan Workers Party (PKK) in the Turkey’s southeast and in the Metina and Zap areas of Iraq. 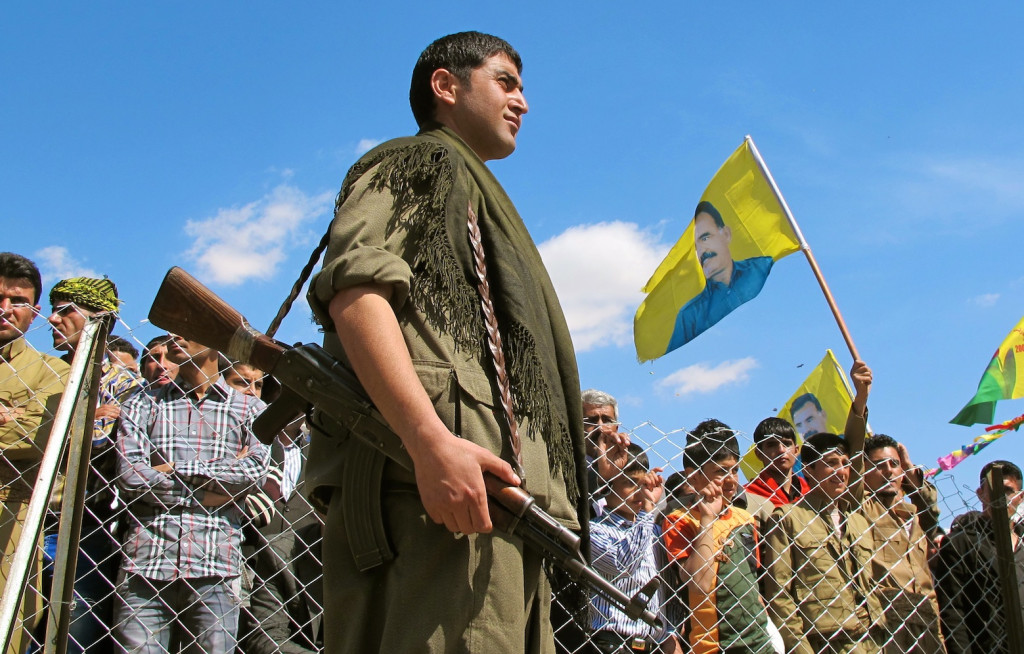 A PKK soldier stands in front of a crowd gathered in the Qandil mountains. Credit: Karlos Zurutuza/IPS

According to reports, 14 PKK fighters have been already killed in southeast Turkey.

The airstrikes come a day after the Kurdistan Workers’ Party (PKK) declared a “state of inactivity,” promising to halt all attacks ahead of Turkey’s elections in November.

We remember, at least 30 people were killed and 126 injured in two blasts at the pro-Kurdish rally in the Turkish capital, yesterday.