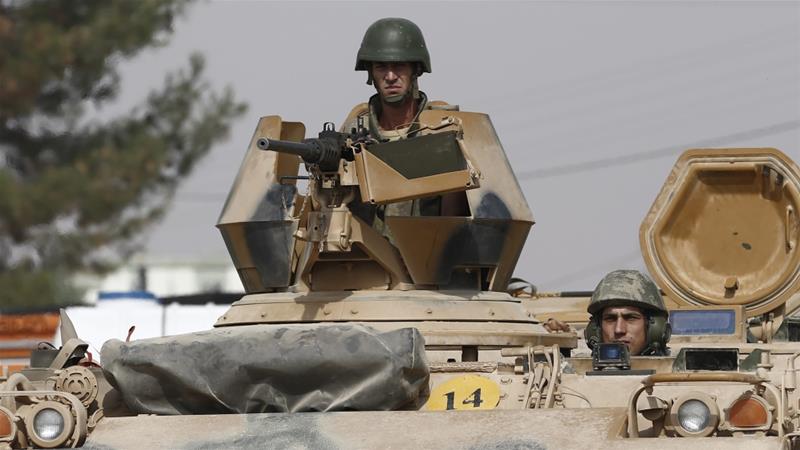 On March 29, Turkey officially declared that its military operation in northern Syria, known as the Operation Euphrates Shield, finished after achieving all its goals.

The decision was announced during the meeting of the Turkish National Security Council that was attended by Turkish President Recep Tayyip Erdogan.

“It was noted that the Operation ‘Euphrates Shield’ which was started with the goal of ensuring national security, preventing the threat from Daesh [ISIS] and return of Syrian refugees to their homes has successfully completed,” the Turkish National Security said in a statement.

“From now on, if we take action against Daesh or anything else that threatens our security, it will be a new operation,” the Turkish pro-government daily ‘Daily Sabah’ quoted Yildirim in its article.

The Turkish leadership didn’t announce that units of the Turkish Armed Forces were set to withdraw from northern Syria. Most likely the answer is no.

The Operation Euphrates Shield was launched by Ankara on August 24, 2017. The Turksih Armed Forces and pro-Turkish militant groups achieved next goals:

Ankara was not able to achieve next goals:

Now, Ankara will continue to work to increase its influence in the Turkish-controlled areas of northern Syria. Meanwhile, some militant groups that had been involved in the Operation Euphrates Shield could be redeployed to the province of Idlib and to take part in the ongoing militant advance in northern Hama.

The Erdogan regime will also work to increase its influence in Idlib where mostly pro-Saudi Hayat Tahrir al-Sham (formerly Jabhat al-Nusra, the Syrian branch of al-Qaeda) plays a key role among “opposition groups” operating in the area.

I hope the SAA knows what this means. Turkey will re-evaluate Idlib, and send more money, weapons, and E-S militants to Idlib to fight in Hama, Latakia, and the Aleppo countryside.

This to me is just a faint to fool Israel, Saudi, Arabia and the USA and to disrupt Saudi and Israeli influence in Idlib. I don’t believe that Turkey is going to allow the creation of Kurdistan on its borders leading to Turkey being carved and partitioned

between Israel and the Kurds as part of the Yilon plan as Germany and Russia did in their Pact of Steel, especially after Israel tried to kill him in the coup last July .

Who cares if Turkey withdraw let Erdogan take his head chopper and rapers who are uninvited just like Erdogan himself and fuckoff to Turkey.

Honor killings of women will intensify in Saudi,Turkey,Lybia,Yemen because of what ISIS which TurkeyNato/USA and Saudi have created has done to the defenceless women through rape.