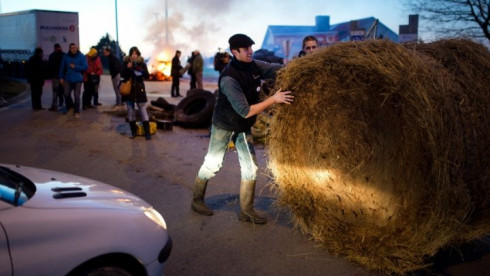 Throughout yesterday, French farmers held a large protest in Paris. They are angry because of the low prices of agricultural products. Prices are low because of the French sanctions against Russia. Although escalation did not happen, a large number of police were ready to respond.

Some of the protesters took off the flag of the European Union from the nearby building and they burned it.

“We request that the Ministry of Agriculture hear us, but it never does. That’s why we had to take this to the streets of Paris, in order to show our dissatisfaction,” said one of the protesters.

We remind you that the EU sanctions against Russia caused a lot of harm to the farmers, because Russian market is extremely important for them.